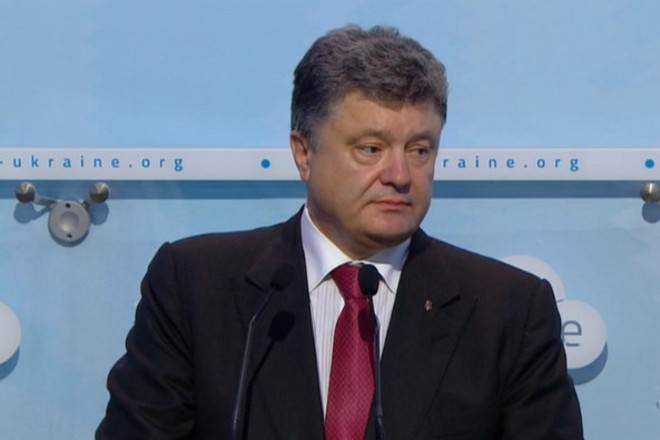 Poroshenko signed the law on the special status of Donbass. As mentioned, this special status is granted temporarily - for three years. There are no guarantees that after this period the liberties granted above will not be selected, no. Moreover, all Ukrainian politicians say that, in essence, they regard this special status as a forced assignment, which will be immediately terminated as soon as the opportunity presents itself.

However, this is not even the main thing. Until now, the leadership of the republics declared that they did not see their future as part of Ukraine. The only way in which they can agree that the law of a country to which they do not attribute themselves to words will apply to them is possible if such a law becomes the first step towards a civilized divorce. However, Kiev’s position on this issue is adamant and leaves no double-digit interpretations: only a single Ukraine. Moscow’s position is similar.

There is a deadlock situation in which the DNI and the LC have driven themselves, going to the Minsk agreement. On the one hand, Poroshenko made a step that can be regarded as a step towards peace. On the other hand, by going to its terms, the DPR and the LPR recognize themselves as territories within Ukraine. Even if the current leadership in words from this tries to disown.

Kiev, having suffered a military rout in August-September, managed to completely replay Donetsk and Lugansk "at the table." The republic did not achieve any independence, and, in fact, it is difficult to call this law federalization so far, given its temporary status and the frank statements of the Kiev Nazis in the spirit of "And we will hang up later."

Naturally, both the DPR and the LPR are completely dependent on Moscow, which insisted on a similar end to the war. However, the readiness of the leadership of the republics themselves to surrender all positions should not be minimized.

How exactly in Donetsk and Lugansk will be negotiated with commanders and militias, who fought for something else completely, is difficult to say. The internal conflict really exists, and how it will be resolved, now no one will say. Moscow and the leaders of the DPR and LPR have two ways to reverse the situation - bribing and blackmailing commanders. At the same time, there is no guarantee that the entire militia will so easily agree with the arguments of the overbought commanders.

The conflict is objective, but it lacks an organizing principle. The territory of the DNR and the LC is essentially divided between different units, which makes them look like some Bedouin tribes and allows them to play on the contradictions between them. The main task of Moscow, Kiev and the leaders of the republics is to prevent the military opposition from uniting. In this case, three years is just the time for which it will be possible to slowly return everything back and fix the final result.

The Maidan has demonstrated how easy it is to deceive people who have come out to protest against thieves and oligarchs by setting them around their necks instead of one gang. Exactly the same, if not worse. Donetsk and Lugansk demonstrate how you can return everything to its place even where people are willing to die for their freedom. In a year they will be exactly the same yoke under the same oligarchs, except that the capos will be others - those who today talk about independence and freedom.