October 17 2014
38
The third ship of the project 21631 “Buyan-M” - “Great Ustyug” - is being mastered by the Caspian sailors flotilla. This is a small missile ship, which belongs to the class of "river-sea". "Great Ustyug" was built at the enterprise "Zelenodolsk plant named after Gorky" (Republic of Tatarstan).

"Russian newspaper" reports that the crew of the ISC "Velikiy Ustyug" is fully formed. At the same time, the crew members underwent special training in Zelenodolsk, where they received important information about the efficient operation of the ship from the leading employees of the shipyard. 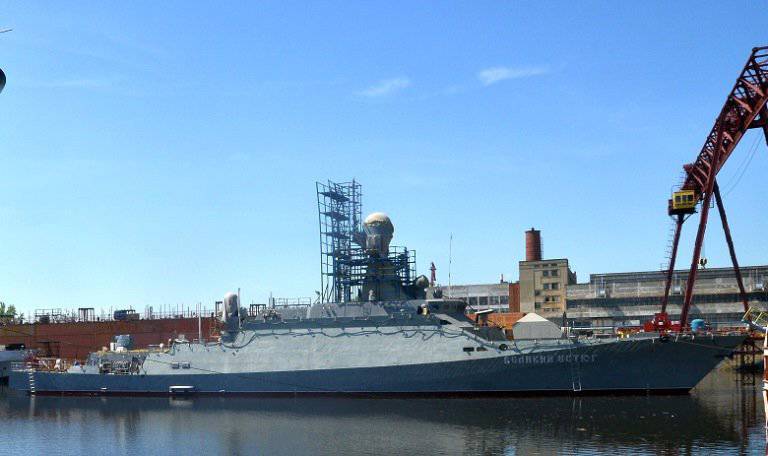 Now the crew of Veliky Ustyug and the transfer team of the Gorky plant are conducting sea trials of a small rocket ship in the Caspian Sea.

IRA "Veliky Ustyug" - the third ship of the specified project. Before him, all the necessary tests went through two other ships of the Buyan-M project. These are “Grad Sviyazhsk” and “Uglich”.