Development of the Black Sea Fleet

October 17 2014
0
After the annexation of Crimea to Russia, the Ministry of Defense had to urgently finalize strategies designed to ensure the country's security. In addition, updated plans were prepared regarding the development of various armed forces units. Crimea has traditionally been and continues to be the main location of the Black Sea fleet, because of which it is proposed to pay special attention to the development of the fleet and its infrastructure. In recent months, representatives of the Ministry of Defense have repeatedly talked about plans to upgrade and rearm the Black Sea Fleet. Recent statements in this regard were made by the Commander-in-Chief of the Navy, Admiral Viktor Chirkov, a few days ago.

In connection with the annexation of the Crimea, the military department was able to make full-fledged plans for the modernization of the Black Sea Fleet. Now on the peninsula, you can create a full-fledged naval forces that can deter various threats to the country's security. In this context, the construction of new ships, submarines and auxiliary vessels has the greatest significance. An equally important issue is the construction of new infrastructure and modernization of the existing one. In addition, some measures are being taken to upgrade the units of the ground forces of the Black Sea Fleet.

According to Admiral V. Chirkov, by the end of this decade, the Black Sea Fleet should be replenished with approximately 30 warships, submarines and auxiliary vessels. Planned for the construction and transfer of the fleet ships of the first, second, third and fourth ranks. One of the most important areas of development of the Black Sea Fleet is the construction of submarines. 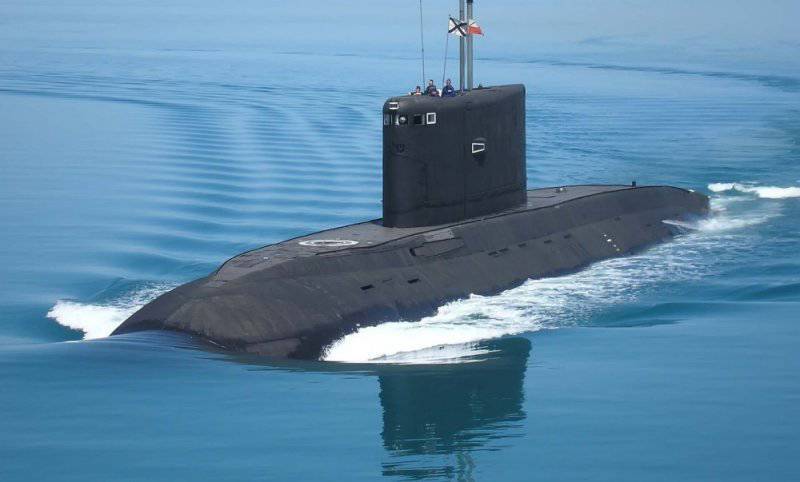 V. Chirkov recalled that on August 22 the flag of the Russian Navy was hoisted on the Novorossiysk submarine. This submarine will be based in Novorossiysk, but before moving to the base, it must complete weapons tests at one of the ranges of the Northern Fleet. The Admiralty Shipyards plant continues the completion of the Rostov-on-Don and Stary Oskol submarines already launched. These submarines were launched in late June and late August, respectively. The formation of the submarine hull "Krasnodar". By the end of this October, it is planned to hold the ceremony of laying the submarines "Kolpino" and "Veliky Novgorod", completing the ordered series. The transfer of the six “Varshavyanki” is expected to be completed in 2016 year.

By the end of the year, the Yantar shipyard and representatives of the Navy are to complete tests of the main frigate of the 11356Р / M project Admiral Grigorovich. This ship is scheduled to enter the Black Sea Fleet before the start of the 2015 year. In the future, the Black Sea sailors will receive five more frigates of this type. Admiral Chirkov noted that the 11356 ships under construction will allow the Black Sea Fleet to carry out its tasks effectively not only within the Black Sea, but also beyond its borders, including in the waters of the Atlantic Ocean. "Admiral Grigorovich" and other ships of the new project will work as part of the permanent operational connection of the Russian Navy in the Mediterranean. 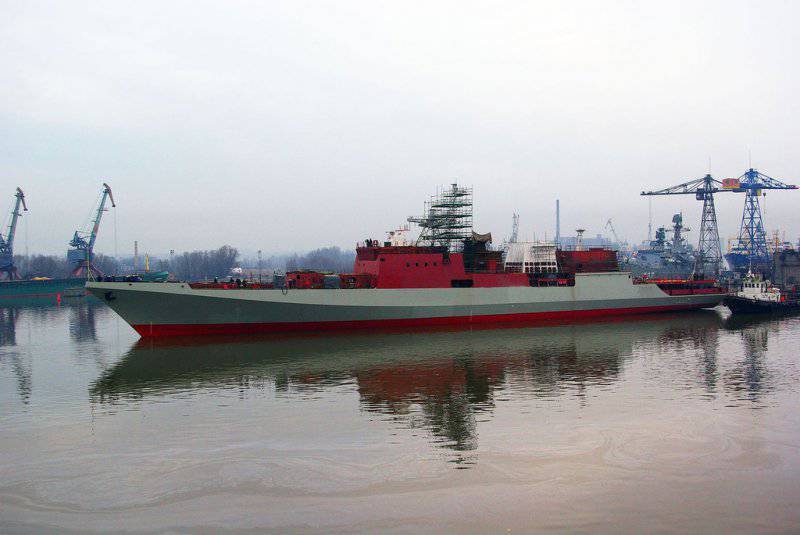 Zelenodolsk Shipyard is currently completing the order of the Navy for the construction of six patrol ships of the 22160 project. One of the tasks of these ships will be the patrol of territorial waters and waters included in the exclusive economic zone. In addition to patrols, they will guard ships and ships during sea crossings, and will also protect ports and naval bases. In fact, the patrol ships of the 22160 project will become a modern means of responding to new threats at sea: piracy, smuggling, etc.

Viktor Chirkov recalled that in the foreseeable future, the rescue units of the Black Sea Fleet should receive 12 boats of the 23370 project. The lead ship of this project was recently transferred to the Sevastopol diving school of the Black Sea Fleet, which is a structural unit of the Integrated Training Center of the Navy. The boats of the 23370 project are built according to the modular principle and thanks to this they allow you to perform various tasks of searching and saving people.

Recently, four large hydrographic boats of the 19920 project were built. According to V. Chirkov, one of these boats was transferred to the hydrographic service of the Black Sea Fleet. This research vessel with a displacement of 320 tons carries a crane with a lifting capacity of 3,5 tons and is equipped with a self-propelled scoop with a lifting capacity of 2 tons. Boats of the 19920 project are equipped with a multibeam echo sounder, which allows to measure the depths to 300 meters. 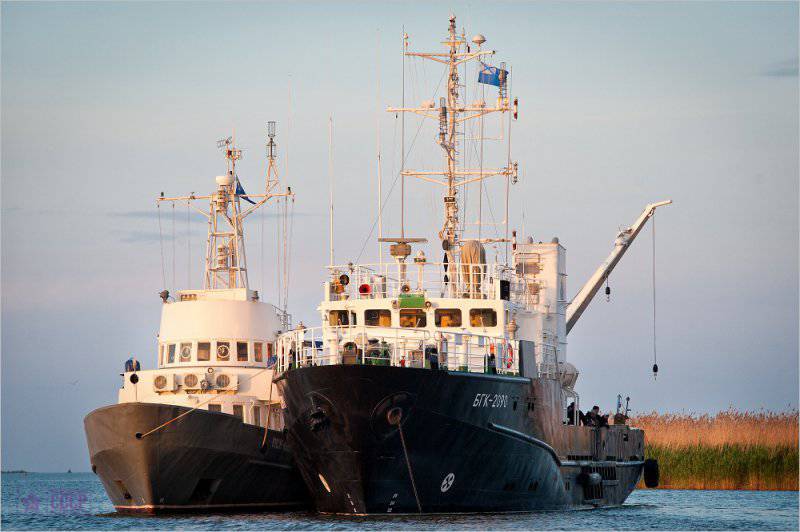 In Crimea, it is planned to build an integrated base system for the Black Sea Fleet. The structure of this system will include Sevastopol, which is the main base, as well as a number of other points of deployment on the shores of the peninsula. The main task in the construction of a basing system for the commander in chief of the Navy is to ensure the functionality and self-sufficiency of the bases. The Black Sea Fleet bases in the shortest time should be equipped with everything necessary. The construction of the Novorossiysk geoport will continue, which will complement other bases of the Black Sea Fleet.

The latest information about the development of the Black Sea Fleet has an interesting feature. Almost all plans relating to the construction of new ships, submarines and auxiliary vessels for this operational-strategic alliance were formed earlier and did not undergo major changes. The construction of ships and submarines, which should begin service before the end of this year, started a few years ago, long before the Crimea joined Russia. Plans to build their sisterships have not changed either.

The annexation of the Crimea to Russia led to the exclusion of a number of problems that impeded the modernization of the infrastructure of the Black Sea Fleet. Now the peninsula has become the territory of Russia and thanks to this, the domestic Ministry of Defense can implement all existing plans without serious difficulties. The emergence of such an opportunity led to the development of a program for the modernization of the Black Sea Fleet, primarily its infrastructure. Within the framework of this program, in the coming years, various fleet facilities will be repaired and updated.

Despite the geographical features of the location of the bases, the Black Sea Fleet of the Russian Navy is of great strategic importance, since its area of ​​responsibility includes the entire Mediterranean and part of the Atlantic. For this reason, he needs special attention from the command of the Navy and the Ministry of Defense. Currently, a number of plans are being implemented for the development of the Black Sea Fleet, its naval connections and infrastructure. All this will allow to maintain his condition and combat capability at the required level.

Ctrl Enter
Noticed oshЫbku Highlight text and press. Ctrl + Enter
We are
"Svetlana". History of creationCommander of the Navy spoke about the future of the fleet
Military Reviewin Yandex News
Military Reviewin Google News
Add a comment
Information
Dear reader, to leave comments on the publication, you must to register.