October 17 2014
129
On November 9, Germany will mark the 25th anniversary of the fall of the Berlin Wall, a date that, after decades of separating one part of the German people from another, not only united those parts, but made Germany itself another. The fall of the Berlin Wall as one of the main symbols of the Cold War is an event that can hardly be overestimated in Europe. On the anniversary of the dismantling of the wall that divided the people, an interview with Mikhail Gorbachev for "Rossiyskaya Gazeta".

The interview of the first (and last) president of the USSR gives reason to think about why Gorbachev suddenly changed his rhetoric towards the West. If until recently it was difficult to imagine that this person would allow himself at least some critical statement in relation to Washington and Western "democracy" in general, now it seems that Mikhail Sergeyevich has been replaced. 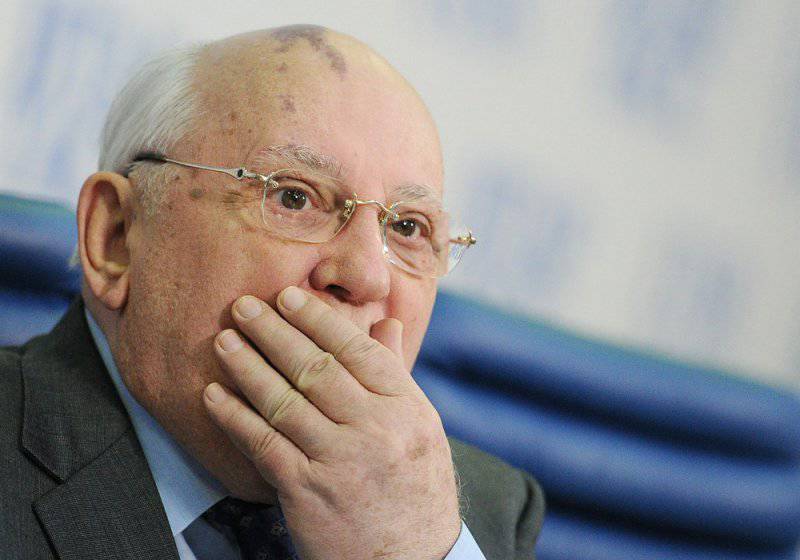 Having called Obama's speech from the UN rostrum a few weeks ago, "abuse" and stating that the United States today, like the Soviet Union in the mid-80s, needs its own restructuring, the ex-General Secretary of the CPSU Central Committee says that after 25 years break begins to grow a new wall between West and East. At the same time, Gorbachev notes that if the Berlin Wall at one time tried to create (for the most part) the "Eastern camp" in an attempt to isolate itself, today the Western world has decided to follow the same path.

M. Gorbachev for Rossiyskaya Gazeta:
Today we have to admit: there is a crisis in European and world politics. One of its reasons, although not the only one, is the unwillingness of our Western partners to take into account Russia's point of view and the legitimate interests of its security. They applauded Russia in words, especially during the Yeltsin years, but in reality they did not reckon with it. I mean, first of all, the expansion of NATO, the plans to deploy missile defense systems, the actions of the West in regions important for Russia (Yugoslavia, Iraq, Georgia, Ukraine). Literally so they said: it's none of your business. As a result, an abscess formed, which burst ...

On Ukraine's attempts to build a "wall" on the border with Russia:
I am against any walls. Let those who are planning such "construction" come to their senses. Our peoples, after all, I think, will not quarrel. We're too close in every way. There are no insurmountable problems and differences between us. But much will depend on the intelligentsia and the media. If they work to dissociate, start and aggravate quarrels and conflicts, there will be trouble. We know examples. And so I urge the intelligentsia to behave responsibly.

It seems that everything is correct, but in the case of Gorbachev, vague doubts, as they say, do not cease to torment. The fact that Mikhail Sergeevich is against any walls does not cause such doubts, but what about the passage about calling the intelligentsia to account? After all, Gorbachev seemed to be the first person in the Communist Party, positioned himself (at least for the time being) as an active champion of Lenin's values. And if "Lenin's values" were at stake at least once in Gorbachev's life, then the president of the USSR is unlikely not to know about the Leninist classics about the intelligentsia.

From a letter from Lenin to Gorky (1919):
The intellectual forces of the workers and peasants are growing and gaining strength in the struggle to overthrow the bourgeoisie and its accomplices, intellectuals, and lackeys of capital, who consider themselves to be the brains of the nation. In fact, it is not the brain, but g ...

And what happens? Mikhail Sergeevich urges the city of ... the nation to behave responsibly? Weird. What responsibility can a g ... have if it is g ... and if you continue to keep in your head Lenin's passage about the intelligentsia ...

But God bless him and Lenin (forgive me for such a pun), let's return to Gorbachev's position. His criticism of the Western approach to the modern world order manifested itself quite unexpectedly. Strange, but Gorbachev kept silent about the appearance of other walls in Europe, even before the Ukrainian drama - for example, he did not say anything to the MSG about the wall that separates Serbia from its historical root - Kosovo. But it was erected 10 years after the dismantled wall in Berlin. Another 15 years have passed, and a new wall appears - not so much that stupid ditch, on the digging of which Yatsenyuk, Avakov and Kolomoisky's money is washed, as a wall of spiritual separation.

By the way, from Avakov's about the "wall":
This morning (October 16 - author's note). Kharkiv region. Border with Russia.
We are building the Wall - the European shaft. There, twenty meters away, they simply hate his European prime minister, but they are looking for me and sentenced.
But we laugh at them poor ones. We do what we must. For Ukraine! Popular Front. Arseny and Arsen. You and millions of patriots of the country. You and your actions. Through thorns. No matter how hard it was. With a smile and optimism. Let's break through! Glory to Ukraine! 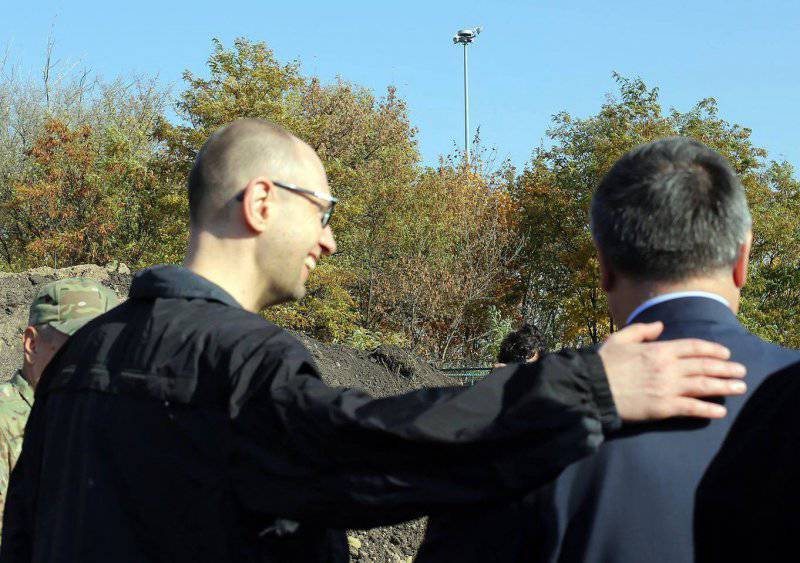 As you can see, the neighing at the sight of the “wall” is hardly hidden ... But this “wall”, excuse me, is for the suckers, for whom Yatsenyuk and Avakov hold the representatives of the Ukrainian people. But the wall of spiritual alienation, which continues to be imposed by the West, is a real danger. It turns out that Gorbachev was at least a decade and a half late with his criticism. Well, absolutely at least ... the West cannot be content with one wall - it needs many walls to fence itself off from that part of the world that defends its own system of values, the right to an independent point of view, to its own version of development and interaction with other states, and peoples.

So what closed in Gorbachev's head, from which he suddenly decided to criticize the West? Apparently, Gorbachev realized that against the background of unfolding multifaceted conflicts, he had a chance - a chance to shift responsibility for the blood of a unipolar world onto those whom he once idolized, a chance not so much to justify himself before the people, but to appear as a new peacemaker with a simultaneous attempt to blur out the traces of his the seed that has spawned global chaos since the collapse of the USSR.