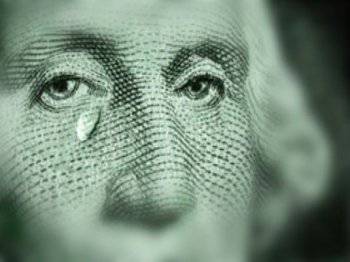 After deciding whether to raise US public debt, the world exhaled and relaxed. Many had the feeling that the main danger had passed and the economy was waiting for further growth. But if you look more closely at the situation and assess the situation on the planet, it becomes clear that everything is just beginning.


First, the national debt ceiling will increase gradually, after the US administration has taken measures to reduce budget expenditures. This is primarily - defense, space and social programs. That is to say, it’s not at all a fact that the ceiling will eventually be raised - various political groups in the United States continue to argue about reducing costs even now.

Secondly, confidence in the dollar is declining. Demand for yen, Swiss franc and other stable currencies is growing. If the euro successfully resolves the issue with Greece and the absence of a land operation in Libya, there are good chances to circumvent the dollar.

Thirdly, the States are still fighting two wars - in Iraq and Afghanistan. They devour billions of dollars, despite the partial withdrawal of troops. The war in Libya is coordinated by NATO, primarily because of the need to reduce budget expenditures. America has no money for this war. Just as there is no money for an operation in Syria. Acting by someone else’s hands is also not doing very well. As a result, the influence of the United States, as the world superpower that controls the whole world, is gradually falling. The discontent of the officer corps, which witnessed not the most successful operations in Afghanistan and Iraq, meanwhile, is growing.

Fourth, social and national stratification in the United States has reached its limit. If the slums of New York, crammed by people with any skin color, except white, will explode, they will need praised marines to pacify them, they will simply crush the police. The same can be said about any major city in the States. Most of the white middle class is also not very pleased with the situation. But he does not threaten to disappear, at least in those states where the cult of ownership weapons not corroded by our politicians. People will be able to stand up for themselves. But not everywhere.

What are the conclusions? Just a small pebble that pulls an avalanche is enough. For example, an unsuccessful police operation in a slum, during which a certain number of local residents will die. Or the rebellion of the National Guard compound. As an option - active protests of some social group. In fact, anything that could initiate the process of disintegration of the country. In the end, the revolution in Petrograd began due to the fact that on 2-3 of the day, delivery of bread to the capital was delayed due to debris. If the women who then went out into the street knew what their actions would lead to, I think they would rather stay at home and wait silently.

The only way to save the United States is to form a crisis situation in China and Europe’s need for security. Considering the Mediterranean coast that is gradually forming on the opposite Europe, the community of Islamic states with radicals in power, the need for the American army and armament may arise in the European Union earlier than anyone assumes.

We are in Yandex Zen
About Stalin and Khrushchev
What you didn't want to know about England
9 comments
Information
Dear reader, to leave comments on the publication, you must to register.