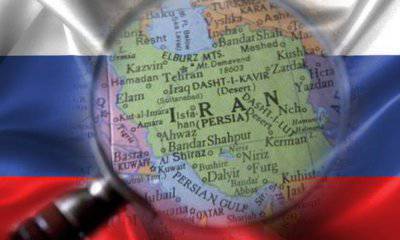 What will the November round of negotiations on the Iranian nuclear program lead to? The diplomatic statements of the parties about the peaceful atom, the indispensable progress in the negotiations and mutual understanding can be understood in the same way as before - that is, as you like. Experts agree on one thing: in the days of preliminary talks at the ministerial level between Iran, the United States and representatives of the European Union, Western states stepped up pressure on Tehran. There is even a special opinion: in the wake of Washington, Iran, following Saudi Arabia, allegedly joined the oil and gas conspiracy that was started against Russia. But is it really?

Портал haqqin.az reports that Iran has not objected to the decline in oil prices by the OPEC cartel. “At this time of the year, price cuts are normal. The decline in prices is compensated by a rise in the dollar, ”said a source familiar with Iran’s oil policy.

The statements of the Iranian Deputy Minister of Petroleum Industry and the manager of the National Oil Company of the country are also published here. The first suggested that the decline in oil prices would be short-lived, and the second on the question of whether low prices would damage the budget of the Islamic Republic of Iran, replied: “I don’t think so.”

In addition, it is reported that Saudi Arabia, Kuwait and Qatar have made it clear that they will not cut oil production.

Some Ukrainian observers immediately started talking about the “threat to Russia” and even about the conscious “collapse” of prices by Iran: after all, Iran, which is part of OPEC, has traditionally been in favor of supporting prices above one hundred dollars per barrel.

In fact, Iran does not collapse prices and certainly does not threaten Russia. The hypothesis, it should be noted, is absolutely wild. Here we must talk about the desire of other "analysts" to enjoy the next "news»About the imminent collapse of Russia, and not about a thoughtful approach to coverage and assessment of events.

One of these days in Nezavisimaya Gazeta An article by Olga Solovyova appeared under the heading "Iran reduces oil prices after Saudi Arabia."

The article notes the following: the largest oil exporters reduce prices. Last Friday, Iran reduced prices and Iran followed Saudi Arabia. We are talking about the supply of oil to Asian countries. The cost of all Asian Iranian supply contracts in November 2014 decreased by one dollar.

The observer notes that what happened in Tehran was described as "a price war unleashed by the Saudis."

Another fact: in September, Iran increased its oil production to 9,7 million barrels per day - from 9,6 million barrels in August (OPEC data). The increase in production occurred precisely when oil prices fell below 100 dollars per barrel - the very price that Saudi Arabia had previously considered acceptable.

NG cites the statement by Iranian Oil Minister Bijan Namdar Zanganeh. He said that "the actions of individual countries to reduce the price of their oil cannot be viewed as a war for lowering the global price."

According to another expert, Chairman of the Board of Directors of MDM-Bank Oleg Vyugin, Saudi Arabia, by increasing production volumes, can save oil revenues at a lower price.

But the main optimist, judging by the publication in “Nezavisimaya”, was Igor Sechin. The head of Rosneft predicts that oil prices will not fall in the next five to seven years, but increase to 150 dollars per barrel. The reason for the rise in prices is the depletion of mature deposits and the beginning of the development of Arctic deposits.

“The mature fields that are currently being developed in the world are being depleted, and this Arctic oil is of high quality, so the market will definitely have to pay us the price that will justify our investments,” he said. Earlier, the same Sechin suggested that the price of oil could not fall below 90 dollars per barrel.

Finally, the newspaper cites the “conspiracy” point of view of the former Finance Minister Alexei Kudrin. He is confident that the Americans have conspired with the major oil exporters in order to achieve lower prices. In the broadcast of the First Channel, Kudrin said: "The United States and Saudi Arabia could agree to increase the production and, accordingly, the supply on the market in order to lower prices for black gold."

As for Iran, we’ll add from it, it is unlikely that it got into some "conspiracy" scenarios and assesses Washington. Iran simply has to sell oil at the price dictated by the market. And in this sense, Tehran, as we have already written on the Military Review, willy-nilly, becomes a participant in the fall game, which, unfortunately, infringes upon the interests of Russia. Crushed by sanctions, Tehran has nowhere to go.

However, it is necessary to clarify: Tehran is not dumping at all. After all, he lowered the price for Asians already when it was reduced by other market vendors - the Saudis and others. About dumping, intrigue against Russia and collusion with the United States, to which Tehran allegedly went due to the approach of November, when the issue of the Iranian nuclear program should be finally resolved. In addition, Iran is an OPEC and is forced to observe the common interests of the cartel members, and not just their own.

There is one more thing to remember. The war for lower prices is what the US administration needs the least today. When lowering the price per barrel below 80 dollars, drilling and operation of wells in shale becomes low-profit enterprises, and even unprofitable. Companies will simply stop producing oil, and workers will be thrown into the streets. Even the dark-skinned leader of the “exceptional” B.H. Obama will not go to such a “strategy”. In fact, this would mean hitting our own social programs, in the first place among which is the creation of new jobs. In almost every speech Obama speaks about these very places.

By the way, the American influence on oil prices is quite obvious: the United States is increasing production of shale oil, which, by itself, affects the fall in world prices. When they fall to a certain value (see above), oil production in the United States will go down sharply, which will also inevitably affect the world price, but upward. Such is the market balance.

Therefore, the current fall in prices has natural market causes that fit the law of supply and demand, and has nothing to do with the geopolitical strategy of the White House. There is no secret collusion with the Saudis, and especially with Iran, friendly to Russia, does not exist. If such a conspiracy existed, Washington would have dreamed of striking on its own. To such nonsense, dare to assume, Mr. Obama would not have reached.

We list all the main reasons for the fall in oil prices on the world market: 1) The USA produces more and more oil; 2) some countries like Libya began to raise production levels; 3) serious Western experts point out a likely economic downturn in the PRC and Germany, which will lead to a decrease in oil demand for these countries. All these factors determine today's downward trend. But now there is no visible Western player who started to derail prices to the detriment of Russia. Such a player, as it is possible to estimate, is able to go on stage only after the end of the “shale revolution” in the USA. Actually, only the United States could become such a player.

Go to the Iranian peaceful atom.

At the end of November two international meetings will be held. The first is the OPEC summit. Obviously, there will be discussed the issue of prices and quotas.

The second meeting is atomic. She is scheduled for November 24. It will be attended by Iran and the six intermediary countries on the nuclear issue. But to consider the “anti-Russian” intrigue of Tehran in the context of this event, as we have already explained above, is simply ridiculous.

As reported on October 16 RIA News", by November 24, Russia, the United States, Britain, France, China, Germany and Iran pledged to agree on guarantees of the peaceful nature of the Iranian nuclear program in exchange for (attention) gradual abolition of international sanctions against Iran.

It is expected that a negotiating point will be set at the end of November - US Secretary of State John Kerry said that the extension of negotiations is not on the agenda.

On Wednesday this week, the agency reminds, meetings were held at the ministerial level between Iran, the United States and representatives of the European Union. There is no information about the results, since the negotiations were conducted in a state of heightened secrecy.

Recall that earlier in the press published a statement by the Iranian President Hassan Rouhani, who expressed the hope that a compromise would be reached at the upcoming talks. By the way, he noted that the main provisions of the agreement are already known, and that Iran’s return to past positions will not be possible.

Russian representatives believe that there will be no “cardinal” surprises in the negotiations. “We are ready for surprises in the sense that turns in the dialogue are possible, but these surprises will be more tactical and technical than some dramatic changes. That is, there will be no such earthquakes and avalanches in any case, because this whole site has been explored along and across. In general, in the substantive part of the negotiations there is nothing that we would not understand, "- said RIA News" Deputy Foreign Minister Sergei Ryabkov.

To this it is necessary to add that the date of negotiations between Iran and the “six” (November 24) at the tripartite meeting now being held in Vienna can be postponed. The number itself does not play a significant role. But the talks with Tehran themselves will apparently become the last, Washington insists. The issue of sanctions on the planet, as you know, is being decided in the White House. And if the American representatives approve the clauses of the agreement, by the end of November sanctions from Tehran will begin to be lifted.

And then it will be possible to judge what the increase in oil production by Iran will lead to on the world market. Production growth will be slow and therefore will not be able to have a decisive influence on the global situation. Washington is not going to remove all sanctions from Tehran at once. Pressure will ease gradually. The White House wants to see how the forgiven boy will behave.