Riots do not subside in north London 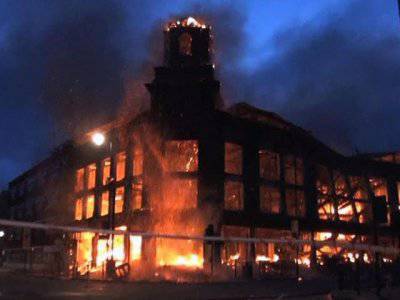 New riots broke out in the north of London. Around 200, young people broke shop windows. This time it happened in the area next to Totenham - Endfield. Last Saturday, 6 August, young people in Tottenham staged a real massacre. It is worth noting that it all began with a peaceful protest demanding a fair investigation of the murder of Mark Duggan. Later, the crowd threw a cordon with incendiary bottles and stones, and fires began. Young people began to destroy parked cars and smash private houses. Special Forces arrived at the scene and detained 55 people.


The circumstances of the death of Mark Daggan, 29-year-old, are not completely clear. Last Friday, he was shot dead by a local policeman. Authorities claim that the young man first opened fire. Relatives say that weapons he didn't have it.
Ctrl Enter

We are in Yandex Zen
In the north of London, protests broke out
2 comments
Information
Dear reader, to leave comments on the publication, you must to register.