October 16 2014
47
The incident in the Baltic Sea between the Finnish research vessel “Aranda” and the Russian corvette “Boky” on closer examination has all the features of deliberate provocation and, judging by everything, it is. After the events in the Crimea and in Ukraine, Finnish society is oscillating between neutrality and joining NATO as soon as possible. 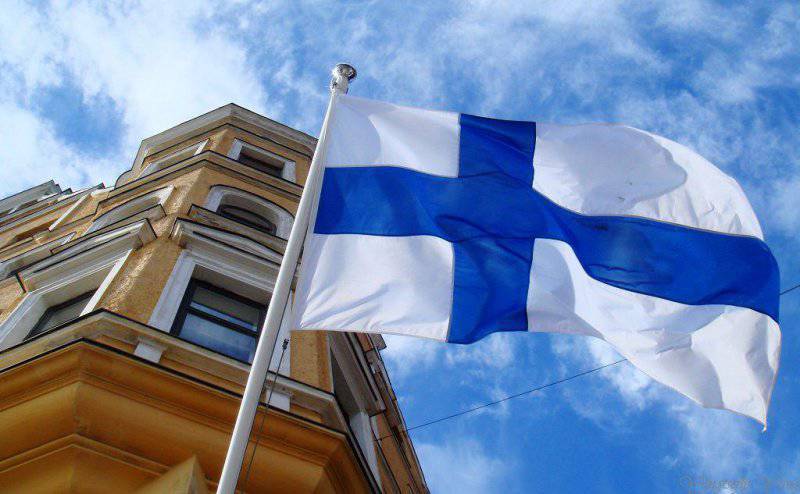 The North Atlantic Alliance attracts Helsinki with security guarantees, but at the same time the Finnish elites are afraid that the entry will be a severe blow to the country's economy if Russia imposes an embargo on Finnish goods and blocks or significantly reduces the supply of raw materials. After all, it was the special status that allowed the Finns to dance "both ours and yours", receiving solid bonuses from both the western bloc and the eastern neighbor.

However, the case in the Baltic may become the drop that will push Finland, and at the same time neighboring Sweden, into the arms of “Euro-Atlantism”, where these countries have drifted so slowly in recent years. In the short term, he must force them to toughen sanctions against Russia, which the Russian Federation will undoubtedly answer with its counter sanctions. Relations will be seriously and permanently damaged, and this is exactly what the United States sought for decades during the Cold War. 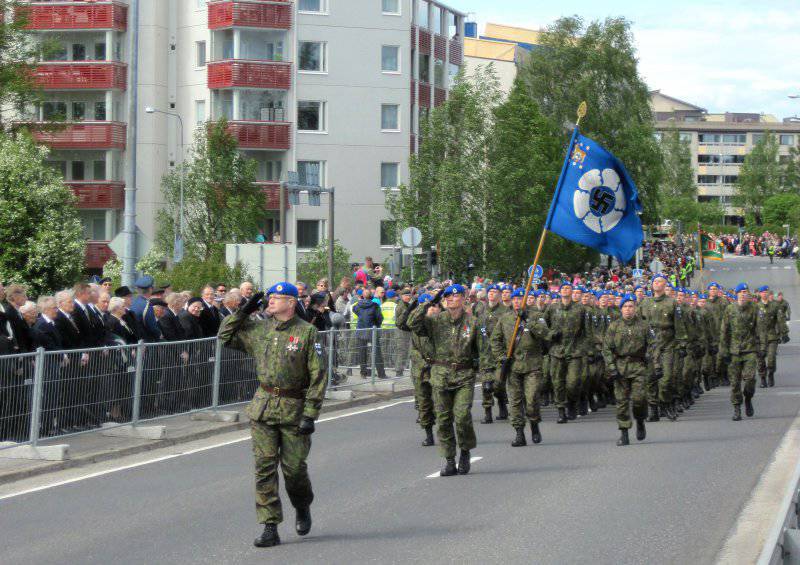 Unlike Japan and Germany, Finland, who fought in the Nazi bloc, was neither occupied nor dismembered. Neither the Soviet troops, nor the Allied armies deep into its territory have ever passed, the ruling elite incurred no punishment for their crimes against the Soviet civilian population and was not removed from power.

Finland suffered relatively minor losses. The eastern provinces were slightly trimmed, the islands in the Baltic Sea crossed over to the Union. In addition to the directly attached lands, in the post-war period, the USSR rented the Porkkala peninsula from Finland for its military base (it was supposed to be located there for 50 years, but Khrushchev returned the territory to the Finns in a rush of feelings), and now Finland rents the Saimaa channel strategically important for it .

If you take the postwar history two countries, it is full of contradictions. The USSR agreed to have capitalist Finland at its side under the conditions of its strictest neutrality. The Paris Peace Treaty of 1947 of the year established the boundaries between the countries and consolidated the current status of Suomi. Since then, what has been called “finlandizatsiya” in the West, hinting at the betrayal of “common values”. However, for Finland itself this was a boon, since interaction with the Soviet Union (and then Russia) in all areas, from the nuclear industry and shipbuilding to small-scale trade, brought current prosperity to it. There are cases when Finnish experts came every day to work from their border towns to enterprises located on the Soviet side.

And yet, in spite of the enormous benefits of economic cooperation, Helsinki continued to look towards the West, hoping to finally merge into its structures when the time came. The time began to come in the 1990 year, when, seeing the critical weakening of Gorbachev's USSR, Helsinki announced the abandonment of any military restrictions imposed on it after the war. From the middle of the 2000-s Finland began to actively cooperate with NATO, although no military threat to it was seen either then or now.

Although formally there are no territorial disputes between our countries and Eastern Karelia is definitely a Russian one, the “Karelian question” continues to haunt our neighbors. In the translations of some Finnish newspapers, you sometimes read that, they say, Karelia should return to us if it presents an opportunity. That is how is it? According to the Constitution of the Russian Federation, the separation of subjects is unacceptable, which means that some other "opportunity" is meant. This is, of course, not the attack of Finland on Russia, for we do not consider science fiction. But if the Russian Federation is drawn into a hypothetical serious conflict with a strong country or a group of countries, then Helsinki may well think about the fate of Karelia - this is how you need to understand these hints.

In the meantime, in the Finnish media and culture, the heroization of the partnership for arms with Nazi Germany. An “illusion of victory” is being created in the information space. Like, in 1944, we ourselves heroically stopped the Russians - how strong we are. Rave? Of course. But many people believe in this nonsense. Recalling the truth is either embarrassing or uncomfortable. We do not discount the traditional Finnish Russophobia.

After the events of February-March, the Finns, with surprise and horror, discovered that the bear, which they used to be considered dead, is not just alive and well, but can bite if it is well teased. The United States plays on Finnish fears, which, through their levers of influence, are trying to achieve complete isolation of Russia along the entire perimeter of the borders, and the Scandinavian direction is an important link here. The ultimate goal in this game is to draw Finland and Sweden into NATO. For this, all possible and impossible provocations will be organized and the current one is far from the last.