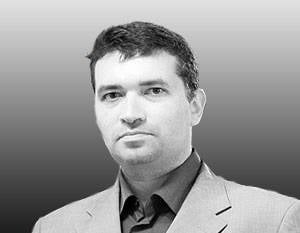 The secretary of the Russian Security Council voiced his forecast for Ukraine:

As a result of the actions of the West in Ukraine, a whole generation has grown up, “completely poisoned by hatred of Russia and the mythology of European values.” However, in reality, these values ​​are not intended for Ukrainians, and the West is not going to engage in raising the standard of living in Ukraine. This opinion was expressed by Russian Security Council Secretary Nikolai Patrushev in an interview with Rossiyskaya Gazeta.

“I think the“ sobering up ”of Ukrainians will be tough and painful. It is hoped that this will happen relatively quickly, which can be facilitated by a number of objective reasons. I want to note another factor that is of fundamental importance. Regardless of further developments, the significance of Russia and Ukraine for each other will remain. Ukraine simply cannot develop successfully without Russia, whether someone likes it or not, ”noted Patrushev. He also suggested that a break with Russia for Ukraine "will turn into a catastrophe."

The question is, what did he mean? What is the mechanism of the onset of cruel and painful sobering?

A bit of Ukrainian specific specifics:

“Sergey Litvinov, a fighter from the Dnipro territorial battalion detained on the territory of the Rostov region, told LifeNews that a banal toothache made him cross the Russian-Ukrainian border. The wife of the National Guard demanded that he turn to dentists in Russia.

“It happened that a tooth ached, and I switched ... My wife told me to go,” recalls Private Litvinov. - We have a war in Ukraine, hospitals are broken, everything is broken, and I had to go here - to go to the Russian hospital.

The soldier noted that when crossing the border, he did not violate any laws, but got into Russia by presenting a Ukrainian passport.

- I crossed the border on the passport - everything is as it should be. I addressed to the Russian frontier guards, they called for me fast, - the fighter emphasized.

However, in a medical facility, he was detained by Russian law enforcement officers. As the spokesman for the TFR, Vladimir Markin, told 1 in October, a criminal case was initiated against the private battalion "Dnepr" Sergey Litvinov about the killing of civilians in the South-East of Ukraine.

Before us is an obvious peremoga in the field of literature - a new genre has been opened.

The Khokhloklyuchensky novel is a special genre of adventure novel, where the main character, led by the pillow, experiences the chickens from the succession of peremogs and zrad, finally getting pidaresht (under arrest) to the Muscovites, which is at the same time a tragic sight, a loss of independence, but also a mystical peremogh, as explains all the fringe of intrigues Moskaliv, which finally removes from the hero all responsibility for himself, which is the goal of independence.

I will remind the definition: peremoga - a specific genre of the Ukrainian newsin which an incredible effort and dedication in the field of cunning, meanness, betrayal, insolence achieves the result opposite to success.

In general, it is impossible not to notice that peremogs are increasingly being generated on the territory of Ukraine, they are becoming more significant, and the transient cycle (announcement of peremoga, celebration of peremoga, rewarding those involved in peremog, awareness of peremog, search for those guilty in peremog) has accelerated extremely.

This is due to the strengthening of educational and educational work of the Ukrainian state in relation to the population, instilling in it the Ukrainian ideology, Ukrainian worldview and values, which completely excludes any further successful functioning of the individual due to the complete loss of adequacy. Right down to the ability to move to the side of the enemy to heal the teeth.

And about the fact that Russia is an enemy, every iron tells the Ukrainian citizen.

That is, a person is firmly convinced that almost hundreds of Russian soldiers are killed, and then a tooth falls ill and he goes to Russia for treatment.

There is a vicious circle - for its existence in the form of Ukraine, which is “not Russia”, Ukraine must actively introduce Ukrainian ideology into its citizens and make svidom Ukrainians out of them. However, as far as success in this area, citizens lose their fitness for meaningful activity, useful work, lose their adequacy, their ability to foresee the consequences of their own actions.

The economy is collapsing, government, army, society is collapsing. The state itself is decomposed. Which leads to the need to strengthen the introduction into the consciousness of citizens Svidomo.

And so on the new round.

At the same time, the social elevator works just like everything else. That is, access to higher floors over time is obtained by more and more inadequate people who, in accordance with their inadequate ideas about the world, rearrange and reform the system itself and make socially important decisions, including in the field of ideology.

Thus, the nightmare grows exponentially and reaches a peak. Currently, there are two main geographical centers for the production of peremog - Kiev, in which peremogs in the field of economics, ideology, politics and energy, and the ATO zone, which is the source of strategic peremogs, are forged.

Sometimes peremogi from the ATO zone get to Kiev:

“Near the administration of the President of Ukraine, Petro Poroshenko, on October 13, a rally of several hundred National Guard soldiers began in October. The main demand of the protesters is their demobilization. Initially, the authorities promised to take into account the demands of the participants, but after the candidate for the post of defense minister Stepan Poltorak joined the dialogue, the rally of the protesters was tied up with a “political order”.

A live broadcast from the rally leads journalist UNN. At the time of writing, the protesters were returning to the presidential administration after they left it for a while. According to Ukrainian Vesti, about 500 people are participating in the action.

According to "The Mirror of the Week", about 350 soldiers of the National Guard, who are assigned to the base of the military department in the village of Novi Petrivtsi in the Vyshgorodsky district of the Kiev region, were initially rebelled.

Several fighters told “Gromadsky TV” that they should have been mobilized six months ago, but still are not allowed to go home. “We are people, not cannon fodder, for a year and a half the roof goes,” said one of the fighters. Every month “overexposure” to the fighters is paid on 154 hryvnia, although they had to pay the same amount per day. ”

The trend is promising. The soldiers have already brought criminal cases.

So, taking into account that the number of peremogs in both points of the transient concentration is growing rapidly, it is possible to assume that very soon the trouble will reach the size of subcritical masses at both points, after which the subcritical mass will move to Kiev from the ATO zone, where it will meet with the mass that originated there social, economic, political and other peremogs.

In this case, the beginning of an uncontrollable hochly reaction is inevitable, and as a result, a nuclear explosion that will destroy all highly organized forms on the planet or produce anti-species matter that will destroy Svidomo, which can be equated with sobering.

In general, soon it will not be funny again.

Therefore, laugh while there is a window in this delirium.