October 15 2014
60
After numerous statements by official representatives of the US State Department that they did not recognize the results of these or other elections in Russia and other countries of the world, the Central Election Commission of Russia decided to take up the US State Department in the original vein. October 13 of this year addressed to US Secretary of State John Kerry, Deputy Chairman of the CEC of the Russian Federation S.Vavilov sent a letter in which he asked to say whether the US State Department recognizes the election results in the village of Volga-Caspian of Kamyzyaksky district of Astrakhan region.

The letter is as follows: 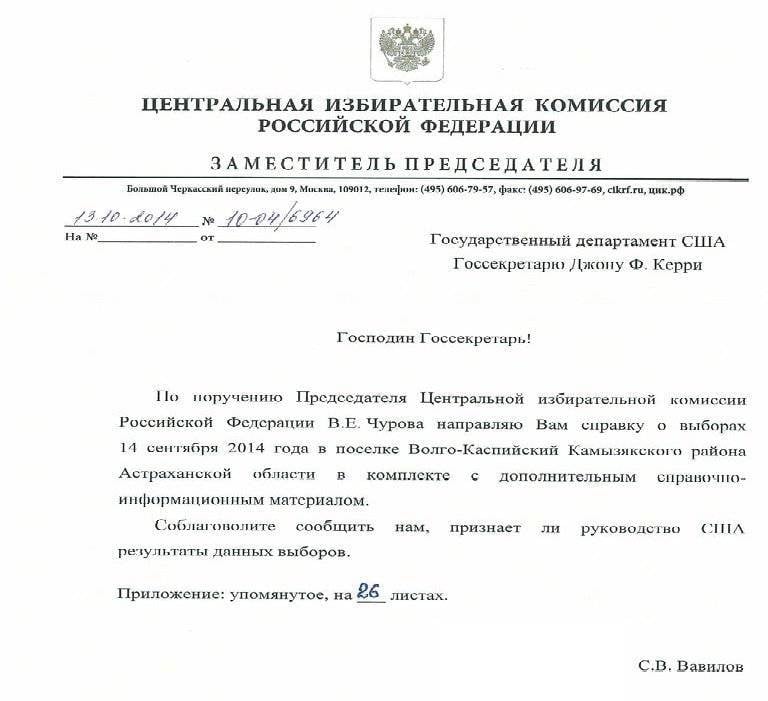 Attention is paid to the violation during the elections, which is indicated by citizen Tulupova, attached to the answers to citizen Tulupova and even a memo from the PEC chairperson.