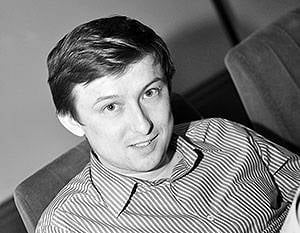 In the leadership of the militia of New Russia hard times have come. And not only because of the elections, which by public struggle for power aggravate the already difficult life of the territory in martial law, but above all because of the opposite attitude of various militia commanders to the ongoing negotiation process.

After the Minsk agreements and as they are implemented, which is too slow, with huge shortcomings and losses from the local population, among many commanders, discontent and misunderstanding of the official position of the DPR and LPR agreed with Moscow is becoming more and more ripening.

Two large unofficial camps were formed, which once divided the militia that was once united in its priorities - ready for a truce and supporting Zakharchenko and Plotnitsky in general, and not recognizing a truce and secretly framing the official authorities (Brainstorming, Bezler, Dremov, etc.).

A prominent representative of those who disagree and dissatisfied is Alexei Mozgovoy, who in extremely straightforward and rigid form speaks of the “treacherous Minsk conspiracy” and the need to wage war to a victorious end, not only against the Kiev authorities, but already against the militia comrades.

Brainstorming does not name the names of the opposite side - Zakharchenko and Plotnitsky, but he has a lot of hard talk about the need for the common people to seize power from the hands of traitors who have sold to oligarchs, including Moscow.

He plans to continue the war all the way to Kiev and even to Poland (which is curious, ideally together with those who went to the Maidan against the oligarchs and who are now bombing the Donbass), building a model fair state in Ukraine and all Russian land without thieves and corrupt officials , distribution of the most necessary benefits to all who need it, and the rest of the good - according to merit.

In general, the beautiful goals of a benevolent idealist, which, however, it is proposed to achieve in the simplest and most understandable way - weapons and war. Our long-standing Russian habit: if you are tired of washing and skating, then immediately cut the sword with a sword.

But the matter is not only in the Brain, whose threats against the traitors, the uncompromising wording, the readiness to go to the end and the black beret on the head are close to the revolutionary standard of all times and peoples - Che Guevara. The feeling of discontent, bordering with readiness to rebel against the official course, lives in many commanders and rank and file militiamen.

The same Dremov constantly cuts the truth of the womb, saying that they were betrayed and deceived. Exclamations of despair and grumble of discontent can be heard through many unofficial channels of Donbass. The demand is louder: “No truce! Fight at any cost! ”

And such a position is generally understandable and attractive, because it is simple and smooth, like a flat board. It proceeds from the obvious understanding that it is necessary to fight for one’s land to the last, and that in no case can one agree with the aggressor. It is principled and thus captivates any sincere person who is ready to give his life for the sake of Russian truth and the Orthodox faith.

However - and this is the main snag and cause of misunderstanding - the greater the power and responsibility, the higher the bell tower, the less straight and smooth the path to the cherished goal seems. And the same Zakharchenko, himself no less deserved warrior of the militia, than any of his critics, frankly admits this in a sensational interview to Expert holding, saying that it would be my will, to cut everyone in Minsk there at negotiations and go to Warsaw .

This is how boiling up, this is how the desire for a direct and simplest way flashed! What is not Brainstorming? But still not Brainstorming, because he overcame himself and began to negotiate, defend the interests of Donbass, finding compromises with the aggressor. Because I saw there if not all, but a significant part of the heavy, cunning and incredibly difficult battle of the titans. When every movement is a little finger, every extra resource can affect the final result.

Well, what if I gave vent to my simple desire and cut the representatives of the enemies in the negotiations? Would you get to Warsaw? Not. If only the Novorussia militia would be exposed by terrorists, nothing more. And how beautifully it was painted, for sure, in the first seconds of fantasy - so take everything and cut it with one blow of the sword! Fights, victories, the taking of one city after another, fanfare! .. But in fact it would have happened - "pshik." Or even a disaster.

The same is true of the truce. It is clear that I would like to admit his failure and move to Slavyansk, Kharkov, Kiev. But the forces of the militia of New Russia are not enough in themselves, even for taking the Donetsk suburb Pesky. Without the support of Moscow in a direct confrontation even with such a Ukrainian army, it’s not a fact that at least part of the Donbass can be defended.

In the post-Crimea period, Moscow decided to temporarily freeze the conflict and recognizes its failure only in extreme emergency circumstances. One may criticize the Russian position for this, but it is such, and it is clearly caused by serious reasons and more than weighty arguments, which, alas, are not publicized.

The difficulty level from the bell tower of Ivan the Great is much higher than from the highest Donetsk skyscraper, no matter how cruel it sounds for the victims in the Donbas.

The Russian leadership is opposed to the global aggressor on a global international field - in the most complicated system of checks and balances, multiple moves, and attacking defensive operations in various fields (finance, media, defense, etc.).

New Russia has to reckon with this choice of Moscow, and there is no betrayal on one side or the other. It is simply much more complicated than field battles in the Donbass (without any derogation of their meaning).

And if ordinary militiamen may not understand this (they are warriors and heroes who are used to simple and honest laws of war, it’s difficult for them to switch to the coordinate system of complex diplomatic decisions), then their commanders, experienced and intelligent people, should understand this themselves and explain to their subordinate.

To interpret an ordinary, in general, true truth: that if a simple and straightforward path seems real and correct, this does not mean that it really is. And that if someone offers to shuffle a sword with a backhand, thereby deciding the outcome of the war, then no matter how attractive and sincere his words are, he may well be mistaken. Moreover - surely mistaken, cruel and with disastrous consequences.

The worst thing that could happen now with the militia of New Russia is the split and open armed confrontation among its commanders. Fortunately, this can be avoided. At least, many commanders who disagreed with Zakharchenko, who apparently chose a more balanced position, did not come to the Military Council, which had been assembled by the Brain. And this means that the planned military coup in the DPR and LPR, disguised as creating a single Novorossia, did not take place.

And at the victory parade dedicated to the salvation of Ukraine and its reunification with Russia, all the commanders of the militia of Novorossia, together with the leadership of Russia, would come out under the same banner and with one truth for all.