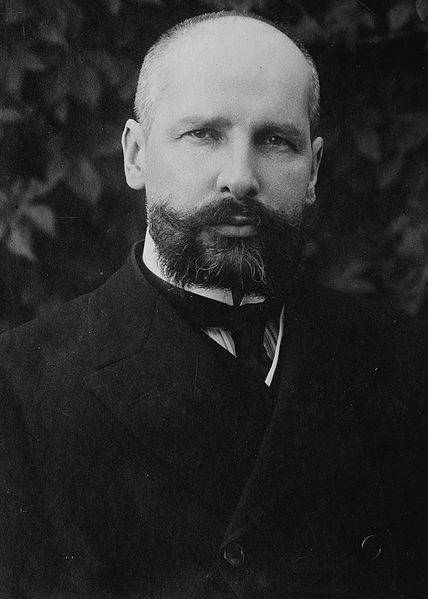 In a rather short period of time, from 1905 to 1911 a year, Peter Arkadyevich Stolypin had planned and committed 11 attempts, the last of which reached its goal. 1 (14) September 1911 of the year in Kiev in the city theater at the play "The Tale of Tsar Saltan" this really great man received two bullets, one wound became fatal. Emperor Nicholas II and his family attended the performance. It was the strongest blow to Russia and the emperor personally, removed the smartest man who saved the empire and was against Russia's participation in the world war.

But this reform was necessary for Russia, as a country that required industrialization, in the 20 century the Russian Empire entered as a predominantly peasant country, with almost 80% of the rural population, and many provincial cities, towns did not differ from the villages. The Russian peasantry largely preserved the traditions of a thousand years ago, being the most traditional part of the Russian world. And the state had to transfer it to the "new rails" of management. For this it was necessary to deprive a significant part of the peasantry of their land plot, they moved to the cities and became workers, increasing the economic possibilities of the country.

Pyotr Stolypin, Chairman of the Council of Ministers of the Russian Empire and head of the key Ministry of the Interior, decided to reform the peasant class by destroying the communal mode of farming in favor of the middle and large landowner (“strong owners”). Peasants who could not “stand up” in the new conditions, went bankrupt, sold their land plot and became farm laborers, moved into the city, looking for a new share. There, part of the former farmers still became lumpen, who never accepted the urban way of life. The process of industrialization of the empire demanded an increasing number of workers from state power, and there was nowhere to take them, except from the peasants. Therefore, constantly strengthening capitalist relations among the peasants, the state actually consciously went to the destruction of part of the peasantry, so that they became workers in the cities. Moreover, in the Russian Empire, this process took place in a relatively "gentle" mode, for example, unlike England, where the so-called “Enclosing” virtually eliminated the peasant class (with “bloody legislation”, forcing people from their land, without any alternatives, except for vagrancy and slave labor in “working houses”). It was started by the 1861 reform of the year and was delayed until the beginning of the 20 century. In 1908, compulsory free universal primary education was introduced, more than 10 thousand public schools were opened every year, their number increased to 1913 thousand by 130.

It is clear that the peasantry did not care for the high thoughts of the state people, it resisted and sabotaged these undertakings. If in the first revolution of 1905-1907, the peasantry, in its overwhelming majority, became the mainstay of the empire - joining thousands in the so-called “Black-Hundred Organizations”, speaking for the stability of the state, then after the start of the agrarian reform, the mood changed, since 1911, the peasants are more and more imbued with the ideas of revolutionaries - mainly Social Revolutionaries (socialist revolutionaries). Their land socialization program (the abolition of private ownership of land, its transformation into national wealth without the right to buy and sell, the land passed to local government, the use of land was supposed to be equalizing-labor) largely corresponded to the aspirations of most of the peasantry. Then they supported the slogan “Land to the peasants, factories to the workers.”

Is Stolypin to blame for the revolution and the death of the empire, which means the Romanov family? No, Stolypin was a true statesman and a patriot of his homeland, understanding what threatens the "world backstage", operating in Russia through its periphery in the form of freemasonry and "professional revolutionaries." It could not be broken or intimidated: “Do not intimidate!” Transferring the peasantry to new forms of management (with a predominance of medium and large farms), industrialization was necessary for the empire as air. The leading world powers already had a huge industrial potential (like the British Empire, the USA, the German Empire), some powers were rapidly increasing their industrial and military power (Germany, Japan), the arms race was on the planet, everything went to a world war. Russia had to prepare for it. In fact, Stolypin, with the support of the emperor, did what Stalin later did with his collectivization and industrialization. Only Stalin had worse starting conditions - the consequences of the First World War, the Civil War, the elimination or expulsion of most of the old managerial and scientific elite, plus counteraction, sabotage by the "Trotskyists." Stolypin and Nicholas II had no experience of Stalin in the field of "behind the scenes" underground activities, therefore, they could not correctly estimate the scale of the threat from the revolutionary and Masonic "underground". This also killed them - when Stolypin was removed, the emperor could not complete what he had begun, Russia was dragged into the war. They literally lacked several years, in this sense, Stolypin’s famous words are quite correct: “The state’s roots will be healthy and strong, believe me, and the words of the Russian Government will sound completely different to Europe and the whole world ... Friendly, common, based on mutual trust - this is the motto for us all, Russians. Give the 20 State years of peace, internal and external, and you will not recognize today's Poccia. ”

True, Stalin went further and made the matter wiser than Stolypin: the community was actually reviving on a new technical base, by creating machine-tractor stations (MTS) and introducing new agro-technical achievements. The backward peasant labor, rural life turned into urban production in the village, with the creation of associations and complexes, it was completely impossible with the Western, capitalist way of doing business, but only with state ownership of the means of production and land, plus the development of creative, scientific and technical capabilities villagers - all kinds of creative houses, clubs, etc. But Stolypin was deprived of such an opportunity, he believed that the large owner in the village would be interested in the mechanization of agricultural production, in the increase of crop yields and in the increase in livestock heads. Unfortunately, this did not happen, large and medium owners went by obtaining super-profits by minimizing the labor remuneration of farm laborers, as well as a significant increase in prices for agricultural products. This made the so-called. “Kulaks” by merchants, new capitalists (“new Russians” of that time), who despised that peasant environment (“cattle”), from which they themselves came out. As a result, a real new class of exploiters was formed, which the majority of peasants hated, this eventually led a significant part of the peasantry to the revolutionary camp.

For all his weaknesses and shortcomings, Nicholas II, like Stolypin, was not a traitor to Russia and the Russian people, therefore, unlike a number of other representatives of the Romanov dynasty and the elite of the Russian Empire, he was not allowed to finish his century in luxury, in Europe. Nicholas and his family were brutally murdered, as the enemy of the "world behind the scenes." 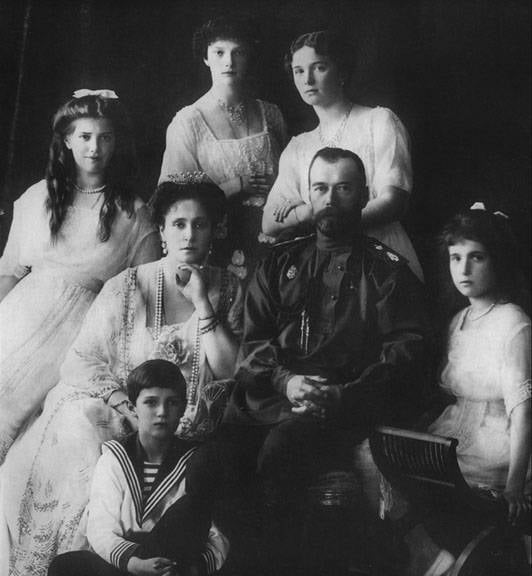 We are in Yandex Zen
How did the peasants live in Tsarist Russia? Analytics and facts
From Alexander II to Stolypin: the 30 anniversary of the Russian terror
9 comments
Information
Dear reader, to leave comments on the publication, you must to register.