Step aside: Poland refused to “supervise” Ukraine on its way to the EU 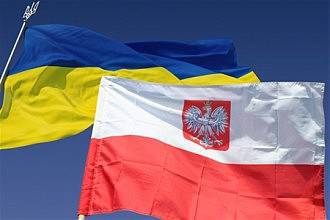 Official Warsaw does not intend to become a kind of "guide" in the process of integrating the Ukrainian state into the structures of the European Union, and also refuses large-scale assistance to Ukraine in supporting the antiterrorist operation in Donbas. This was stated by the newly elected Polish Prime Minister Eva Kopach. According to Kopach, her country in relations with its neighbors will be guided solely by its own interests, and there can be no talk of any “charity” in this context. According to analysts, Poland is turning from a consistent apologist of our country on the European arena into a “casual observer,” and this circumstance has already hurt the ambitions of the current Ukrainian government.

Still, Prime Minister of Ukraine Arseniy Yatsenyuk clearly hurried with the praises of the new Polish government. Just as he was quick to conclude that Poland represented by the Kopach team with “sincere self-sacrifice” will support all the “democratic initiatives of Kiev”, including the representation of its interests in the European Commission and at the meetings of the European Parliament. Eva Kopacz, who took the post of the head of the government of the Polish Republic of 22 in September of this year, repeatedly made it clear to the “neighbors” mentioned that today Warsaw has to tackle a lot of problems — more pressing than the development of democracy in Ukraine. “We will supply modern unmanned aerial vehicles to the zone of the antiterrorist operation in Donbass, but this does not mean that Poland will automatically become involved in all Ukrainian problems, and Kiev should also be clear about this once and for all,” noted a Warsaw government commentary.

Western experts interpreted this remark in their own way. “There is nothing strange in such a statement - Warsaw has actually embarked on strengthening its own welfare, and in this process there is no room for additional financial contributions and even humanitarian aid to Ukraine,” said Dutch human rights activist Alexander Mitz. “Copach is not its predecessor Donald Tusk, who solemnly promised Ukraine a large-scale protégé at all levels of a united Europe.” And indeed, today the Poles, who are experiencing the consequences of the economic crisis, have no reason to invest their strength and resources in Ukraine, torn apart by internal contradictions and armed conflict. ” In other words, nothing personal - here the trivial principle of pragmatism works.

And indeed it is. “We support the pro-European direction of Ukraine’s development, but we cannot act for the Ukrainians who are responsible for changing their country,” the Polish Prime Minister emphasized rather dryly and somewhat unceremoniously. And immediately clarified that Poland’s geopolitical interests are now centered around more promising and relatively prosperous partners, of which Ukraine, naturally, is by no means included. It is assumed that in the very near future Warsaw will strengthen its contacts with the United States, Brussels and Berlin. “This step is fully justified,” explained European military expert Jürgen Seidenberg (Germany). - The Poles took a completely predictable path, trying to enlist the support of NATO in delivering modern military equipment to Warsaw and conducting a number of exercises of the North Atlantic Alliance forces. Ukraine is now a very unstable region, and the neighborhood with it, if not frightening, then at least unnerves a new Polish political elite ”.

It should be especially noted that Kiev in the person of Yatsenyuk has not yet responded to this position of the “former apologists”. Yes, in principle, this is no longer necessary: ​​the notorious “Copach team” clearly demonstrated to the whole world that, unlike the “Tusk team,” Warsaw does not intend to represent the interests of the government of Ukraine. Thus, the allocation of the $ 100 thousand previously promised by Tusk to Kiev for medical assistance to the affected participants of the ATO, a special report for the EC on the need for the early integration of Ukrainian enterprises into the system of European concerns and, finally, providing citizens of Ukraine with jobs ) in the territory of a united Europe.

Now Kopach abstracts from new high-profile statements. In this it can be understood - having chosen to strengthen her own country as her goal, she embarrassed her colleagues from Ukraine. However, in less than a month the notorious “colleagues” will have to resolve their own internal issues. Poland will probably cooperate with Ukraine only after the announcement of the final results of the elections to the Verkhovna Rada. Until then, the Polish “step away from Ukraine” would be justified.