October 11 2014
13
In the General Staff of the Armed Forces of the Russian Federation, they stated that during their interview with the Ukrainian TV channel, the head of the SBU Nalyvaichenko talked about the real culprits of the tragedy with the Malaysian Boeing 777. Nalyvaichenko said that the plane was shot down by the Buk-M anti-aircraft missile system. The General Staff said that in the Russian air defense units they had long since switched to more modern air defense systems, for example, Buk-М1-2 and Buk-М2. Representative of the General Staff of the Armed Forces quoted RT: 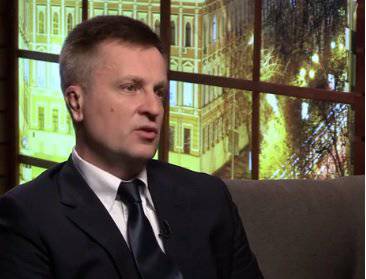 As for Mr. Nalyvaichenko’s statement about the “Beech modernized”, it seems that this is an anti-aircraft missile system, which was indeed modernized by the Ukroboronprom enterprises. We knew about these works with “Buk” in Ukraine. By the way, at the end of June of this year, this information was confirmed by a message on the official website of the Ukrainian military department about the deployment of the modernized Buk complex on combat duty.

The General Staff of the Armed Forces of the Russian Federation notes that the “Beech”, the version of which was spoken of by the head of the SBU, is in service with the Ukrainian army.

Even without a deep analysis of Nalyvaychenko's speech, who caught inspiration in a conversation with a pretty journalist from a local TV channel, it is obvious that he involuntarily let out a word about the modernized Ukrainian “Buk” and about the plans, from which he understood everything and that , what is missing".
There was a puncture with the Ukrainian modernized “Buk” - Nalyvaichenko blurted out too much. It is appropriate to remind here that a week after the Malaysian liner’s crash a source in the Ukrainian law enforcement agencies “leaked” information that there are modernized "Buki", during the exercise was made unauthorized rocket launch.