October 13 2014
83
The division of the company Polaris, engaged in the production of military products, presented a new model of military equipment. It is reported that the company's new product is an ultralight combat vehicle called DAGOR. The official presentation of the new items will be held on 13-15 on October 2014 in Washington, DC, as part of the annual congress of the Association of the US Army. The ultralight fighting vehicle is designed in such a way that it can transport at high speed across any terrain, including the rugged, an office of infantrymen in the 9 man. It is reported that these cars will be delivered to SOCOM, the Command of the US Special Operations Forces, as well as to the buyers abroad, special forces of the Allied countries.

Currently, DAGOR is already fully designed and tested, there are first orders for the car, it has been put into production. The whole process from the initial idea, engineering development to the beginning of the release took Polaris less than 2 years. It is reported that the ultra-light combat vehicle created is easy to manage and maintain. This is done in order to maximize ease of use of the machine in combat conditions. 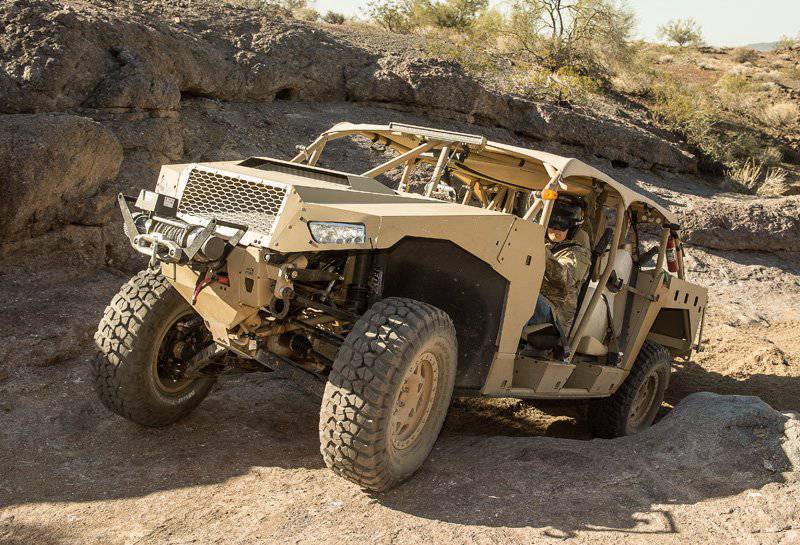 Representatives of the manufacturer have not yet disclosed whether DAGOR is an abbreviation. In their words, they have already concluded the first contracts for the supply of their new items. At the same time, contracts were concluded not only with the US army, but also with a number of elite units of other states. According to the publication Wall Street Journal, we are talking about the armed forces of one yet unnamed Asian country. It is reported that the first car DAGOR will go into service with American special forces in November 2014. At the same time, one combat vehicle costs the customer 140 thousand dollars. It is reported that the project itself is estimated at more than 10 million dollars, but at the same time the head of Polaris, Scott Vayn, believes that he will be able to make money on car sales in the US and abroad — on the order of 500 million dollars during the year.

Defense Update Thematic Edition quotes words from Jed Leonard, Polaris Defense Division Manager. According to him, the company designed the DAGOR combat vehicle for very demanding customers who are interested in a very high mobility and ease of the vehicle. The ultralight combat vehicle successfully combines an optimal balance of increased mobility, payload volume, and readiness for quick transportation by air. General Manager Polaris Defense Rick Haddad notes that DAGOR is more than their previous similar offers - cars like MV850 and MRZR. The new development is a step forward in terms of carrying capacity, the size of military equipment produced by Polaris. 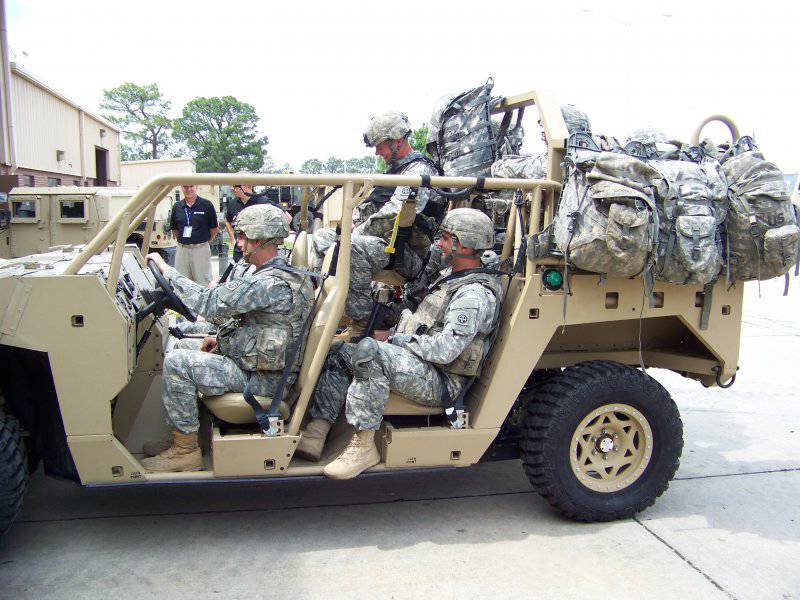 The highly manoeuvrable machine is highly optimized for the needs of a small squad of special forces from 9 people. In the cockpit there are places for 4-s with a driver, another 4 person can be placed in the body. For the gunner in the car is equipped with a separate place. If there is a need for additional reinforcement of firepower, then several more carriages for relatively heavy types of weapons can be installed on the existing articulation.

It is reported that the car is equipped with a diesel engine. In curb weight of the combat vehicle is 2 040 kg. The DAGOR width makes it very easy and without any problems to immerse it inside the CH-47 “Chinook” military transport helicopter. Also, the car on the ropes as a possible cargo can easily carry another popular American helicopter UH-60 "Black Hawk". At the same time, a large transport aircraft is able to air an entire unit on DAGOR vehicles. In addition, the combat vehicle received a certificate, which confirms its reliability in the case of air transportation and discharge from a small height. 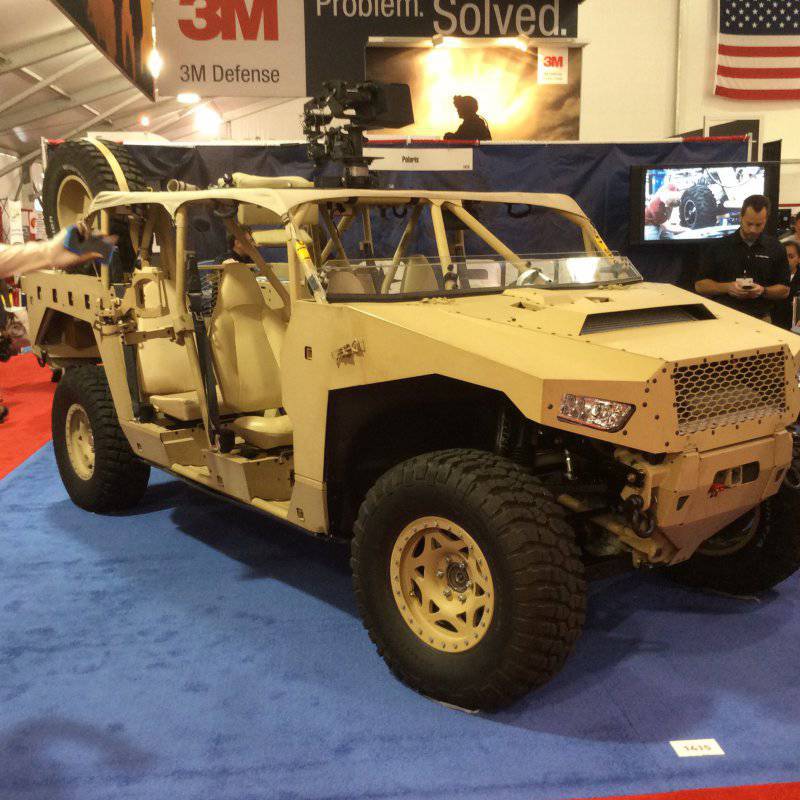 Polaris engineers have tried to maximally simplify the internal structure and design of the car. The design mainly uses parts that are readily available in commercial sales. This was done taking into account the possibility of urgent repairs at a time when the special forces would be cut off from military bases and warehouses. The car runs on standard diesel fuel, refueling one tank is enough to drive more than 800 km.

Unlike the famous Hummer army SUV and MRAP armored car, the DAGOR light combat vehicle carries almost no armor. Its creators deliberately sacrificed power protection, in order to achieve greater speed and maneuverability of their offspring. This decision coincides with the course of the command of the American special forces, who are interested in increasing the mobility of their forces during the operation in the rear of a potential enemy. Equipped with such technology, mobile units of special forces will be able to quickly and quietly move through the territory of the enemy. 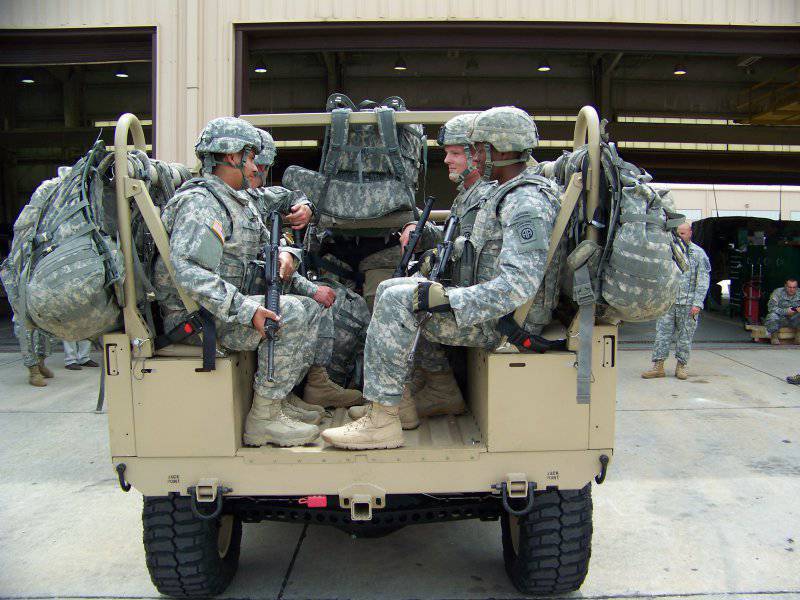 Commenting on the development of the Russian Planet, Alexander Khramchikhin, who holds the post of director of the Institute of Political and Military Analysis, noted that despite the natural commonality of all the special forces of the world, their tasks are somewhat different. According to Khramchikhin, domestic cars are usually heavier than American ones for a number of objective reasons. Our troops must act on their territory, or at a small distance from it, which facilitates the process of transfer. In the same Crimea in February 2014, the Russian "Tigers" got not by air, but by sea. In addition, in the mountains of Chechnya, for example, secrecy is more important, and in Iraqi deserts - speed, since it is still difficult to hide there. The expert noted that “buggy” cars are very popular with the US military today, which, in fact, consist of almost one frame - it’s almost impossible to knock them out, since there’s nothing to get into.