Announced the start of construction of the Unified Space System

October 13 2014
16
In the near future, the creation of the Unified Space System (CEN), designed to track the launch of ballistic missiles and protect Russia from a nuclear missile strike, will begin. Some of the existing components of the existing launch detection system built back in the Soviet era are outdated and need to be replaced. The Ministry of Defense has developed a construction plan for CEN, as a result of which its capabilities will be restored and improved. 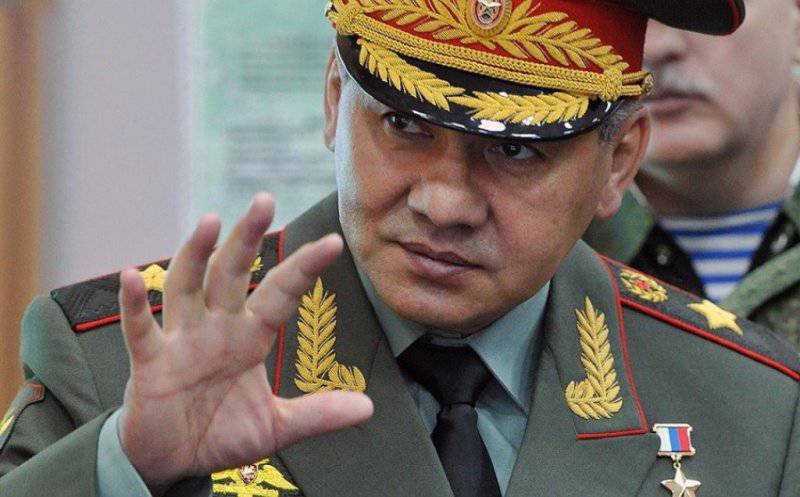 On October 9, Defense Minister, General of the Army Sergei Shoigu, announced that the military department would create a new Unified Space System, which would replace the existing means of observation. According to the minister, such a system will allow the Russian military to detect launches of several types of ballistic missiles, both from the waters of the World Ocean and from the territory of various countries. The head of the military department called the construction of the CEN one of the main directions of development of the nuclear deterrent forces.

It is known that CEN will include a number of new technical means: ground systems and spacecraft. Their joint work will allow observing different regions of the planet and detecting launches of ballistic missiles. Spacecraft with special equipment, ground control and data processing complexes will become the basis of CEN. In addition, according to some data, existing missile attack warning radar stations will interact with CEN.

Details of the architecture and equipment of the TSA have not yet been announced. Nevertheless, S. Shoigu mentioned the testing of some of its ground components. In parallel with this, new spacecraft are being created that will monitor the situation in space. Shortly after News about CEN in the domestic media, the first assumptions about its technical equipment and approximate dates for the start of the project.

About plans to create CEN became known three years ago. In 2011, the commander of the aerospace defense forces, Oleg Ostapenko, who now heads Roscosmos, said that the Defense Ministry’s plans do not update the existing system of spacecraft designed to detect missile launches. Instead, it is planned to build a new Unified Space System, which will allow solving a number of tasks, including detecting missile launches.

According to the available information, the Okho satellites are currently engaged in detecting rocket launches. Until the spring of this year, three spacecraft of this system were in high-elliptical orbits: Cosmos-2422, Cosmos-2446 and Cosmos-2479. Last spring of this year, stopped work. As a result, the capabilities of the satellite system have dropped significantly. According to some information, having only two devices, the Eye system can monitor only the territory of the United States no more than a few hours a day. For this reason, the effectiveness of the satellite tracking system is significantly lower than required.

In conjunction with the satellite constellation, launch detection and tracking of missiles should be carried out by ground-based radars. In recent years, Russia has abandoned several foreign radars, which were replaced by the Voronezh project systems. According to media reports, they must track the flight of enemy missiles, the launch of which is detected by satellites. Until the end of the decade it is planned to build several radars of the Voronezh family, which will take over the work performed by other stations of the old types.

How exactly the orbital grouping of launch detection devices will be restored is still unknown. In the domestic press, an assumption has appeared that in the near future new-type satellites, 14F142 Tundra, will be put into orbit. These devices were developed by the Central Research Institute Kometa and RSC Energia. The first organization created the special equipment, the second - the platform. Unfortunately, accurate information about the Tundra satellite is not yet available.

In some sources, there are certain statements and assumptions about promising spacecraft. So, it is argued that the 14F142 satellites will be able to monitor the launch of various types of ballistic missiles in various areas. The device "Tundra" is able to detect both launch from a mine and from a submarine in the ocean. There is also information about equipping new spacecraft with combat control equipment. This will allow the satellite to be used to transmit a signal on delivering a nuclear missile strike.

It is known that the Tundra project was developed over several years and the launch of the first satellite of this type could take place as early as 2009. However, customer requirements have changed several times, as a result of which new spacecraft have not yet begun work. The Vzglyad publication, citing sources in the aerospace defense forces, writes that everything is ready for the start of operation of this technology. The launch of the first Tundra spacecraft can take place by the end of this year. The central command post of the missile attack warning system is ready to begin operating the new technology.

The construction of a new Unified Space System can begin in the very near future and the first step in this matter will be the launch of the first 14F142 “Tundra” satellite. CEN based on new spacecraft and new radar stations will provide constant tracking of potentially dangerous areas and timely detection of the launch of ballistic missiles of various types. Along with the renewal of strategic nuclear forces, new tracking systems should increase the country's defense capability.