October 10 2014
17
Rallies of Euromaidan activists and supporters of the Opposition Bloc, which took place outside the building of the Odessa regional administration, ended without clashes, RIA reports "News" with reference to the local edition "Duma.Net". 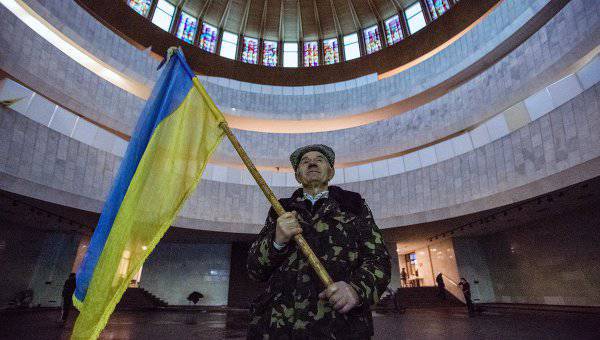 Earlier it was reported that two groups of protesters were shared by police officers. “Euromaidan” activists sounded slogans “Skorik (representative of the Opposition bloc, former governor of the Odessa region Mykola Skorik), got out!” And “Ganba”. Later it became known that the fully equipped fighters of the so-called “Maidan self-defense” detachments arrived at the action venue.

It is also noted that the rally was visited by MP Nestor Shufrich, who was recently beaten by a group of radicals.

"Odessa is not to be intimidated," he told the crowd.

The rally, which people gathered in 16.00 Moscow time, ended in 17.00 without incident.

It is worth noting that on Thursday, adviser to the Minister of Internal Affairs of Ukraine Anton Gerashchenko said that the police officers received an order to use force if provocations began at the rally of the Opposition Bloc.

The Opposition Bloc, created in September, included six parties: Ukraine, Forward, Development Party of Ukraine, Labor Ukraine, Party of State Neutrality of Ukraine, New Politics, and Center. At the head of the bloc's list of elections to the parliament is a former member of the Party of Regions, Yuriy Boyko, who held the position of deputy prime minister under President Viktor Yanukovych.