Agreement on US public debt: anger, deception and coup of billionaires ('The Guardian', UK) 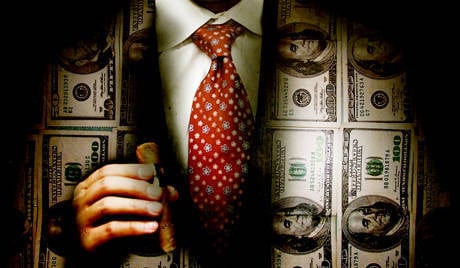 The agreement reached will hit the poorest Americans whom the Fox channel and the Tea Party have convinced them to act against their own interests.


There are two ways to reduce the budget deficit: raise taxes or cut spending. If taxes are raised, money is taken from the rich, and if costs are reduced, then the poor. Of course, this is not always the case: in some places taxation is regressive, and some government spending means the transfer of money from ordinary citizens to banks, the military-industrial complex, oil barons and farmers. But in most cases, the state redistributes funds in favor of the poor, and tax cuts benefit the rich.

Therefore, in a country with a nominal democracy, the rich are faced with a difficult task: to convince the remaining 99% of the population to vote against their own interests — for reducing government spending, rather than raising taxes. And it seems that in America they cope with it successfully.

Partly as a result of the tax cuts by the Bush administration in 2001, 2003 and 2005 (which Barack Obama, shamefully, upheld), the taxation of wealthy Americans, according to the president himself, "has been at its lowest level in the last half century." The consequence of this regressive tax policy was the growth of inequality, which has no precedent in the developed countries of the world. Nobel laureate Joseph Stiglitz (Joseph E. Stiglitz) notes: over the past 10 years, the incomes of the richest (1% of the US population) increased by 18%, while among male workers they fell by 12%.

The agreement that passes through Congress at the very moment when this issue of a newspaper is printed only provides for a reduction in expenses. As the former Republican senator Alan Simpson (Alan Simpson) put it in this connection, “the“ little man ”is sent to the crematorium”. This means a further downturn in the economy, and hence an increase in the budget deficit. It turns out pure madness. But how could this happen?

The immediate reason is that Republican congressmen, supported by the Tea Party movement, do not want to make concessions. But this does not explain anything. “Tea-drinking” mainly consists of the very people who suffer from tax cuts in favor of the rich and spending cuts to the detriment of the poor and middle class. Why are they fighting against their own welfare? To understand what is happening now in Washington, it is necessary to remember what everyone seems to have already forgotten: the origins of this movement.

On Sunday, the following statement appeared on the Observer pages: ““ Tea drinking ”arose due to outrage at the scale of expenses of the federal Center, especially financial assistance to banks”. So say the participants themselves. But this is nonsense.

It all started with a call from Rick Santelli on CNBC. He suggested that Chicago-based traders repeat the “Boston Tea Party”: throwing securities into Lake Michigan to protest against Obama’s plans to “subsidize losers.” In other words, it was a call for the mobilization of financiers against helping their victims: people losing housing. On the same day, the Americans for Prosperity (AZP) group created a page on Facebook called “Tea Party” on Facebook and began to organize protests. This marked the beginning of a movement whose program still enjoys the support of the ARQ.

But what is “Americans for prosperity”? The organization was founded and funded by the brothers Koch - Charles and David. They own, as the brothers themselves say, “the largest company of those you have never heard of,” and the total capital of Charles and David is 43 billion dollars. Koch Industries is a powerful oil and mineral mining corporation working in the forest and chemical industries. Over the past 15 years, the brothers have paid at least 85 million dollars to lobbying organizations that advocate for tax cuts for the rich and loosening state regulation of industry. In addition, organizations and politicians financed by Charles and David Koch, lobby for the abolition of collective agreements, laws to reduce carbon dioxide emissions into the atmosphere, fight against health care reform and thwart attempts to take control of the banking system. During the 2010 election campaign of the year, the APP spent 45 millions of dollars to support “ideologically close” candidates.

However, the main political triumph of the brothers was the creation of the movement "Tea Party". Taki Oldham's puppet war ((Astro) Turf Wars) documentary has an episode where the organizers of Tea Party at the 2009 Summit in Defense of the American Dream report to David Kokh on what events and promotions they staged a protest with the help of the ARQ. He, in turn, notes: “Five years ago, Brother Charles and I provided the means to create“ Americans for Prosperity ”. But I could not even dream that the ARC will grow into such a gigantic organization as yours. ”

The ADP has played on people’s indignation at the decline in their standard of living, sending it into the mainstream of a political campaign that will further worsen their situation. After all, the participants of "Tea Party" take to the streets, demanding to reduce the taxation of millionaires, and in fact - worsen the quality of medical care, education and social support for themselves.

Are they so stupid? Nothing like this. They were misled by another tool of the influence of "big business" - the media. Constant propaganda support for the movement has a television channel Fox News, owned by a more famous than the Koch brothers, a billionaire. But, like them, Rupert Murdoch (Rupert Murdoch) distorts the essence of our democratic right to choose in order to convince us to vote not for ours, but for his interests.

What is happening today in Congress is a kind of coup. A bunch of billionaires first sabotaged the legislative process, and now, with the help of “purchased” candidates and the “pocket” movement, reorganizes the system to suit their own interests. At one time we understood the essence of such events, but now we managed to forget about it. How to resist a force that we cannot even see?

We are in Yandex Zen
About Stalin and Khrushchev
Again tea?
5 comments
Information
Dear reader, to leave comments on the publication, you must to register.