October 10 2014
33
The Ministry of Economic Development of Russia provided expert data, according to which the level of investment of Russian business in Ukraine is (according to the most conservative estimates) 10 billions of dollars. Independent experts announce that the amount submitted by the Ministry of Economic Development is at least an order of magnitude less than real, even if we take into account that recently a number of major players announced their withdrawal from the Ukrainian market (as an example of such an output, you can call Lukoil, which implemented its network of petrol stations in Ukraine to Austrian business).

Of course, you can beat yourself with fists in the chest and claim that the loss of the Ukrainian market for Russia is a mere trifle, but it is unlikely that such an approach can solve a really negative situation. And this situation is connected with the fact that two neighboring states, which have an impressive border on their length and truly enormous potentials, lose their turnover at an incredible pace. If in the “non-democratic” period, mutual trade between the Russian Federation and Ukraine steadily approached $ 50 billion, then less than a third of this impressive amount will remain by the end of the year.

It is unlikely that a normal person such a situation can cause optimism. But, as it turns out, a third of the mentioned volumes of “domesticated” goods turnover is not the bottom yet. A few weeks before the parliamentary elections, there is at least one more threat that stands in the way of any kind of civilized trade between Ukraine and Russia. And this threat is the total radicalization of the Ukrainian parliament. The list of candidates for the Verkhovna Rada, in fact, leaves only a ghostly chance for future parliamentarians to get around to solving economic problems without dung.

If today the same squatting Right Sector is operating in the status of a semi-legal rabble, then tomorrow this trash may turn out to be the parliamentary party of Ukraine. And if the “party” is engaged in raider seizures of property in Ukraine today, and its sponsors say it’s time to pay attention to Russian assets, then you can imagine what the situation will take after 26 October. A “party” that was outlawed may become legitimized, which will lead to a new rampage of both domestic and economic (including in relation to the assets of the Russian Federation) crime, the level of which is still critical today.

Of course, the protégés of the current Ukrainian government are not idiots either. Rotten radicals they needed only to hold the "right" figures in power. Get the same legitimized debaucher Maidan in non-stop mode still in the Parliament - not in the interests of the West. After all, the “Right Sector”, and other “battalion parties”, if Washington needs the same thing today, it’s definitely not in the Rada, but the east of Kiev, the better. After all, Washington, for all the clumsiness of its foreign policy, should not (and hardly feeds) the illusions that the entire ultra-radical Ukrainian camarilla will always and in all support the Big Brother. Will not be! “Ukraine ponad use”, which today, for a fee, zealously shoves through the garbage cans of “those close to the ex-authorities”, may start pushing those who drove along the Maidan Nuland tomorrow. Is it with them will lose ...

In other words, October 26 is a control check on the fact of how strong Washington holds Kiev by its soft spot. It seems that a radical CEC “democratic” CEC will not let anyone take more radical than an empty Gadget of Lyashko and a pocket “Fuhrer” in the Rada with a “democratic” vote count. Well, maybe just a little - for the diversity of pictures ...

If so, does it give chances to at least count on a warming of relations in the trade and economic sphere between Ukraine and Russia? It would be desirable, of course, to believe in the best, but, apparently, not this time. The West, after the ukrovyborg 26 October, will complete the formation of power in Ukraine on the patterns that are prepared in advance. And the policy of the authorities, machined according to the state procurement, a priori does not imply the presence of any positive attitude towards Russia in this policy. So, as he said, one movie character: they will rob ... Or rather, they will continue to rob.

Here are just the continuation of the looting in the first place will concern even non-Russian or any other "undemocratic" assets. For further looting prepare what is left of Ukraine. 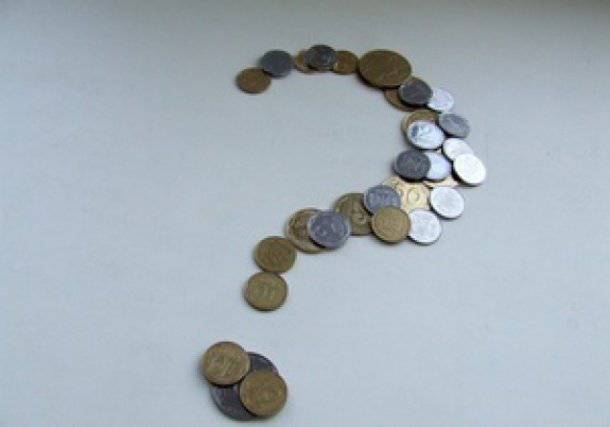 October 2 The National Bank of Ukraine gave official permission (would try not to give ...) to an American corporation Chevron to open an account that will financially contribute to the implementation of the project for the extraction of shale gas in the territory of Lviv and Ivano-Frankivsk regions. At this stage, about 160 million dollars will have to pass through this account at the stage of basic geological exploration, and about $ 3,1 billion will be at the stage of probable industrial development. Chevron pushes the document so that the proceeds from the sale go exactly to the account opened by the corporation. It turns out that Chevron insists that all profits from the possible sale of Ukrainian shale gas pass exclusively through its budget, even without thinking about any joint projects. And especially remarkable is that Chevron Ukraine itself will buy its shale gas, and at that price that the American giant will ask for. Well, this is complete energy independence ...

The only “joy” for Ukraine is “but our bank is” ... “Our bank” is oh, not a fact ... At that level of rating of the Ukrainian economy, which was issued the other day Fitch (and the rating was equated to the CCC - "CBC" - default is a real possibility), The National Bank is already anyone's, but certainly not Ukrainian.

But does it worry Ukrainian political “elite” today? Definitely not. She settled into power offices with outside help. Russia at one time went through this stage. It seems that some kind of deja vu will have to experience with respect to Ukraine.