October 10 2014
53
On September 2, a Russian spy satellite entered the atmosphere and no doubt burned over the western part of the United States. From New Mexico to Montana, people on earth could see a bright red trail across the sky with smaller red stripes that seemed to be separated from the main trail. For experienced observers it was clear that this is not a meteorite, which burns much faster than a satellite falling from its orbit. The red stripe was soon identified as Cosmos 2495, a Russian spy satellite of the Cobalt-M series (Yantar-4K2М), which was launched under a veil of secrecy four months earlier. Russia denied that the celestial phenomenon of September 2 was the Cobalt-M spy satellite, but numerous testimonies suggest otherwise. There are hundreds of fairly competent and experienced satellite watchers who, thanks to the Internet, could quickly exchange information and this community has an impressive track record in identifying satellites whose owners do not even allow their existence.

Currently, only three of the 98 spy satellites in orbit are Russian, while the 31 satellite is American and the rest are from several countries (including Israel). The satellite, which showed 2 September light show, became the ninth launched Cobalt-M reconnaissance satellite. The eighth satellite was launched in the 2012 year, and the first in the 2002 year. The second Cobalt-M was launched in May 2006, in very dramatic circumstances. This was due to the fact that the only active Russian spy satellite (naval intelligence satellite) was lost a month before. By the end of 2006, Russia was able to launch an electronic reconnaissance satellite and another naval intelligence satellite. At that time, Russia had dozens of military satellites in orbit, but all of them were either communication satellites or other purposes (but not for photo and electronic intelligence). Russia still uses a grouping based on Soviet technology (the era of the Cold War). Gradually, the state of affairs is changing, as a new generation of satellites being created by more Western standards is growing. But many of the obsolete satellites will remain in orbit for the foreseeable future.

Cobalt-M satellites weigh 6,7 tons, they hold three return capsules to return the film. A quarter of a century after the United States stopped using this technology, Russia continues to use film instead of digital technology for some of its intelligence satellites. In the US, the latest generation of spyware Keyhole 9 (or KH 9), which used the film, was operated in 1984 year. The film from the 9 series satellites was sent to Earth in containers (for high-resolution images).

The Keyhole 9 satellite (the first was launched in 1971) was not only the last of the American film satellite projects, but the largest and most efficient. Its layout decisions served as the basis for the layout of subsequent satellites with digital cameras. KH 9 could cover large areas with high resolution (at that time) 0,6 meters (24 inches). That was enough to detect and count Tanks, planes and even small combat boats. The nineteenth and final KH-9 was launched in 1984. The KH-9 satellite had a mass of 13 tons, several cameras were installed in it, as well as 4 or 5 capsules for the return of the film and its further processing and analysis. The KH-9 satellites received the nickname Big Bird (Big Bird). The first satellite with a film camera KH-1 was launched in 1959. Thus, over 25 years, film satellites completely covered the area of ​​hostile states.

Russia launched its first reconnaissance satellite with a digital photo in 1997. Model Arkon was not very successful. A more reliable Persona satellite (with higher resolution) was launched in the 2008 year. This happened after 22, after the first launch of the American satellite KH-11 into orbit. The US still operates the KH-11 satellites (deeply upgraded from the original version). They have a higher resolution and better reliability than the Russian Persona satellites. 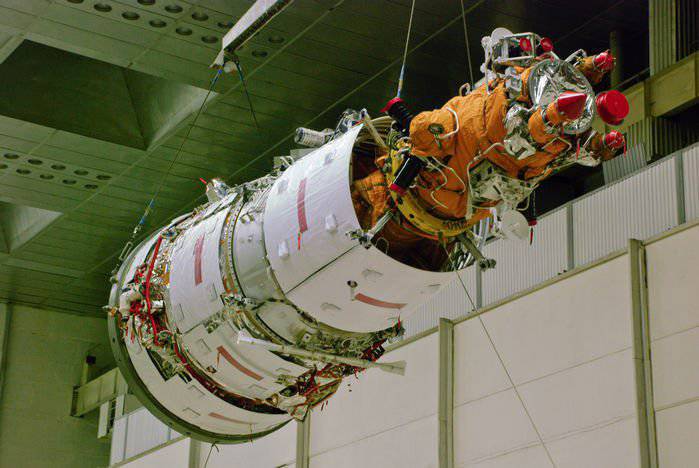