October 10 2014
6
This summer, India and Pakistan planned to hold high-level talks. And in September, the world press discussed the prospects for India and Pakistan to join the Shanghai Cooperation Organization. Some experts, inspired by the potential of the SCO, said that India and Pakistan would not have problems with joint membership. However, in October, Delhi and Islamabad quarreled again at the border. 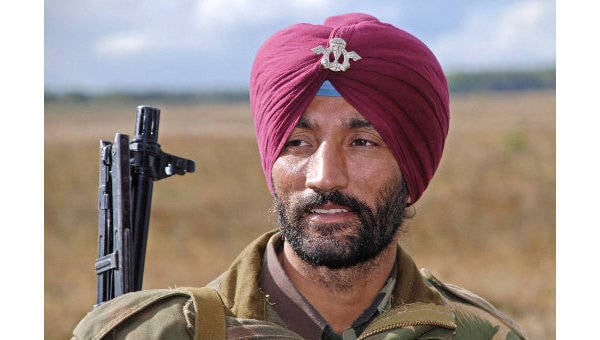 As reported RIA News", victims of a shootout on the line of control between India and Pakistan on Tuesday became a 4 man on both sides of the border. More 15 people, including 3 Indian border guards, were injured.

According to the Indian edition of Hindu, a woman died on the Indian side and 11 people were injured. Three of them are military.

RIA "News"Quotes the Indian edition:" The Pakistani military last night with 20.00 again began an unprovoked fire and mortar shelling at the posts of the Indian border troops along the entire international border. According to the representative of the border forces of India, the fire was opened at fifty border posts.

The Russian agency also cites an informational message from the Pakistani edition of Dawn. It notes that on the night of Wednesday in the Sialkot district on the Pakistani side, 3 civilians were killed as a result of a shelling from India. Another 4 was injured.

Two days earlier, reminds RIA Novosti, the shootout on the control lines in Kashmir claimed the lives of 5 people.

According to the newspaper Kommersant, mutual shelling near the demarcation line became the bloodiest episode of the Kashmir conflict since 1999. At least 10 residents of two countries died.

The parties accuse each other of provocations and political intrigues.

According to Kommersant, Islamabad protested Delhi in connection with the "unprovoked shelling" of Pakistani territory. But Indian experts placed the blame on the military command of Pakistan: they suspect him of wanting to "confuse the cards" to their own prime minister Nawaz Sharif.

Delhi believes that the Pakistanis who fired at the checkpoints of the Indian army and village are responsible for the escalation of the Kashmir conflict. Only after this, the Indians, according to their claims, opened fire.

In Islamabad, in response, they voiced "sharp protest", calling on the Indian authorities to "keep their forces from permanent violation of the cease-fire."

Indian political analyst Rajeev Sharma told Kommersant that such shootouts are “almost unprecedented,” and “it doesn't matter who started them.”

Experts surveyed by Kommersant believe that Indian Prime Minister Narendra Modi is forced to maneuver between the hawks and supporters of a diplomatic solution to the Kashmir problem. Tacking this up is as follows: in May, he invited Nawaz Sharif to his inauguration, and in September he did not meet with him at the UN General Assembly session.

What a political solution to the Kashmir conflict might be, they do not know either in India or in Pakistan, the publication sums up.

Referring to the local press, published in English.

"The Times of India" The October issue of 9 reports that India rules out negotiations to de-escalate tensions until Pakistan stops shooting.

A senior newspaper source in the Indian Security Service said the Indian government would no longer allow Pakistan to "dictate its terms."

In fact, an unnamed source said that India is ready for a long conflict. It's about retaliation. As for the negotiations, they are possible only on Indian terms "and only after Pakistan stops shooting."

According to the Indian newspaper, India responded with fire on the shelling from Pakistan. One of the worst skirmishes of late has happened. On Tuesday night, Pakistan fired 63 outposts along the line of control, and only then did India launch a “rain of retaliation” from 1000 mortar shells that lay in areas of more than seventy related Pakistani border posts.

Then there was a sequel.

There were voices of the international community.

After casualties appeared on both sides of the civilian population, UN Secretary-General Ban Ki-moon made a statement. He called on India and Pakistan to solve their problems through diplomacy, through dialogue.

However, it is clear that the Modi government is not going to give in to the “coercive diplomacy” of Pakistan. Delhi believes that Islamabad is going to solve the Kashmir issue once and for all.

At the border, there is no talk of "restraint." On the contrary, the actions of the Indian border guards are characterized by the word "retribution".

The Pakistani side was informed that in the event of further attacks and casualties from both the military and the civilian population, Pakistan "will have to pay."

According to Indian estimates, at least 35 people were killed in the last two days of shootings in Pakistan, and the number of victims in India was eight.

To date, the warring parties have evacuated most of their local civilian population in order to avoid new casualties.

According to the publication, Pakistanis use not only 82-mm mortars, grenade launchers and heavy machine guns. They have already resorted to air defense systems, otherwise using air cannons (air defense guns). Previously, both sides refrained from using heavy artillery in border conflicts, the Indian newspaper reminds.

Pakistani newspaper Daily Times reports that "the fiercest battles between Pakistan and India over the past decade" are taking place and that the exchange of blows began almost "by chance".

In Pakistan, mourn the dead and pray, the newspaper said. And just at the early morning prayer, the Indian side began a "massive deadly shelling" of border areas. The publication lists a dozen two local settlements affected by the attacks.

The newspaper also reports that the new Prime Minister of India, nationalist Narendra Modi, promised to show muscles in foreign policy. Back in May, 2014 announced a tougher stance on border disputes with Pakistan.

Modi’s reluctance to meet with Nawaz at the UN General Assembly session in New York in September is described by the newspaper as an “insult”. The publication reminds that before Navaz visited the inauguration of Modi.

Islamabad calls on Delhi to cease fire immediately. However, Delhi does not react at all.

Thus, it is obvious that by their unwillingness to conduct any negotiations and the expectation of the next “provocations”, the parties themselves add fuel to the fire.

Jen Psaki has already spoken in the United States, saying that Washington continues to "urge the governments of India and Pakistan to engage in further dialogue."

But Kashmir is not up to psaki.

It seems that Islamabad and Delhi prefer the dialogue of mortars.