Seven-year war. The capture of Berlin by the Russian detachment Totleben 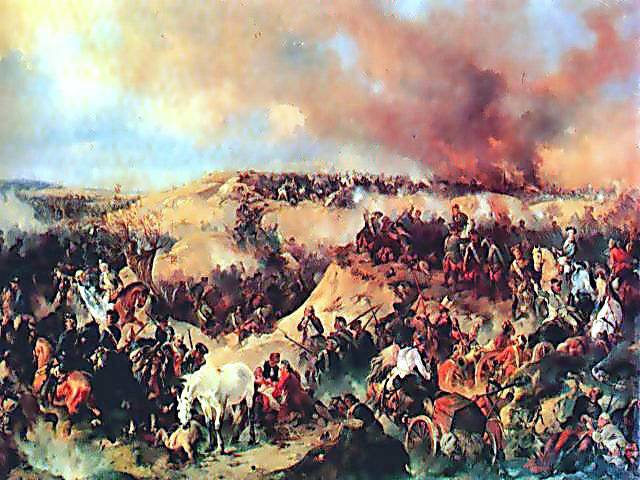 The Seven Years War (1756 — 1763) was a major military conflict of the 18th century, one of the most extensive conflicts of the New Age. The seven-year war was going on both in Europe and overseas: in North America, in the countries of the Caribbean, in India, in the Philippines. All European great powers of that time, as well as most of the middle and small states of Europe, some Indian tribes took part in the war. Winston Churchill even called the war the “First World War.” The war is considered colonial, as the colonial interests of Great Britain, France and Spain collided in it, as well as the first trench (due to the use of a large number of redoubts and other fast-built fortifications in the war) and the first artillery war: the number of guns in it with 1756. 2 on 1000 bayonets, with 1759 g. - 3 — 4 guns on 1000 bayonets, and 5 — 6 guns in 1761 g.

The main standoff in Europe was between Austria and Prussia due to Silesia, which Austria lost in the previous Silesian Wars. Therefore, the Seven Years' War is also called the Third Silesian War. The first (1740 — 1742) and the second (1744 — 1748) Silesian Wars are an integral part of the war for the Austrian inheritance. In Swedish historiography, the war is known as the Pomeranian War, in Canada - as the “Conquest War”, in India as the “Third Karnat War”. The North American theater of war is called the French-Indian War. The designation "seven-year" war received in the 80-ies of the XVIII century, earlier it was referred to as the "recent war".

The Berlin Expedition 1760 of the Year - a military operation conducted in October 1760 of the year, during the Seven Years War, during which Russian-Austrian troops captured Berlin. Episode stories it is remarkable that as such there was no battle, the commandant of Berlin surrendered the city, fearing its destruction. In October 1757, the Austrian general Andras Hadik showed the whole of Europe the vulnerability of Berlin, taking over the Prussian capital with his flying squad for one day.

After a series of successes in the 1759 campaign, the 1760 campaign of the year disappointed the Allies. Despite the overwhelming numerical superiority, they could not achieve decisive success, and the 15 of August were defeated at Lignitz. The capital of Prussia, Berlin, while remaining unprotected, in connection with which the French offered the Russian army to make a new raid on Berlin. To induce the Russian commander Saltykov to this, his Austrian counterpart Down offered to support the outing with an auxiliary corps.

20 000 Russians under the command of Chernyshev and 15 000 Austrians under the command of Lassi and Brentano performed in the Brandenburg Region; from a distance Saltykov covered them with his entire army. The prospect of robbing the royal residence was so attractive that the Austrians headed there without a single day of rest forced marches: in 10 days they traveled 400 miles. Russian General Totleben, born German, who lived in Berlin for a long time, led the avant-garde of the Russian corps, and since everything depended on the activities of the first arrival, he was in such a hurry that October 3, on the sixth day of the performance from Beiten in Silesia, with 3 000 the man was already under the walls of Berlin. 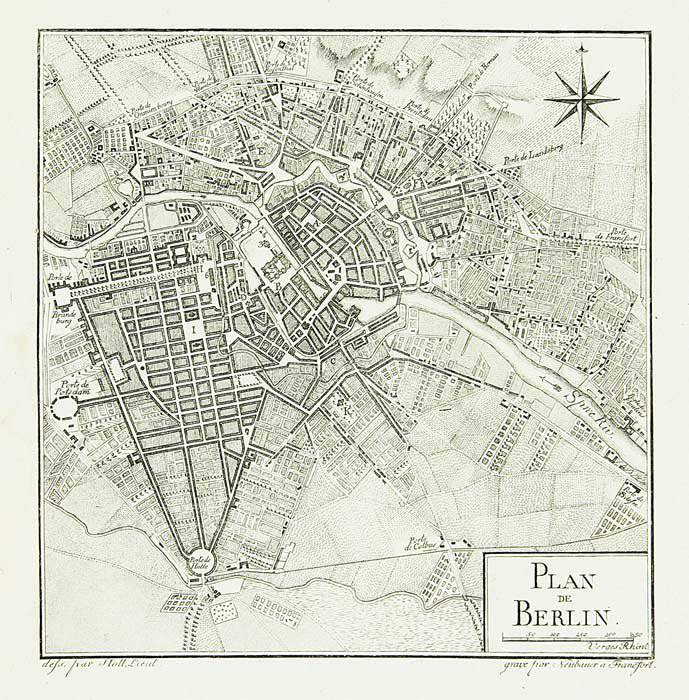 Prussian capital did not have shafts and walls. She was protected only by the garrison in 1 200 people and therefore could not resist. The commandant of Berlin, General Rokov, the same one who was visited by Austrians 3 a year ago, following the requests of individual representatives of the city, prepared for defense. These representatives were: the old field marshal Levald and the wounded great general Seidlitz, who from patriotism were going to personally defend the small fortifications in front of the city gates. All took up weapon, even the disabled and the sick. After refusing to surrender on the same day, shelling of the city began with brandgugels and howitzers grenades, and at night a pair of gates were violently stormed. There were fires in many places, but they were soon extinguished, and those who stormed were repulsed. The Russians abandoned the assault. The next day, Prince Eugene of Württemberg came to the aid of the city with an 5 000 man.

One day he walked 9 miles and was received in Berlin as a redeemer sent by heaven. The city quickly delivered its troops many slaughter cattle, as well as several hundred tons of beer and vodka. As soon as it rested a little, the prince immediately attacked Totleben and drove him all the way to Köpenick.

But then the corps of Chernyshev appeared. He also intended to retreat without a battle, but the convincing eloquence of the French envoy, Montalembert, conveyed a different turn. Totleben was greatly reinforced and spoke out again, so the Prussians had to withdraw because of the superiority of the enemy forces. Meanwhile, Gulzen approached with his corps from Saxony. However, now the enemy was so strong that he could hold out under the walls of the capital, but if this condition lasted for several days, Berlin would have been saved, since Frederick had already departed from Silesia, and the Austrian and Russian retreat had already been decided by their military council cities. But Prussian commanders believed that their enterprise was too risky due to the appearance of the main Russian army in the vicinity of Frankfurt an der Oder and the approach of General Panin, who spoke with seven regiments to reinforce Chernyshev. In addition, it was crazy to defend troops with 14 000 unfortified city, which had more than 2 miles in a circle and inevitably doomed to destruction during the bombardment. They also did not want to experience happiness in open battle, because in case of defeat, Berlin would have been the victim of merciless robbery. Therefore, both Prussian corps left for Spandau and left the capital to the mercy of fate.

For the Berlin expedition, Count Totleben presented himself to the Order of Alexander Nevsky and the rank of lieutenant-general, however, for unclear reasons, he received neither one nor the other, but only a diploma with thanks for his duty (generals Chernyshev and Panin were awarded with the orders and elevated in rank). Unbeknownst to the command of the Russian army, Totleben published in Warsaw a Relation written by him about the capture of Berlin, where, along with exaggerating his own merits, unflatteringly speaks of his rivals Chernyshev and Lassi. Buturinu, he said that he would rather die than abandon his "Relation", because "everything is true there." In response to the demand from St. Petersburg to apologize to Chernyshev, he resigned, but the deserved general’s resignation was not accepted, and Totleben was appointed commander of all Russian light forces. There is a legend connected with the Berlin expedition, mentioned by A. S. Pushkin in the “History of Pugachev rebellion”, that Totleben, having noticed the similarity of Pugachev, who participated in the expedition as a simple Cossack, with the heir to the Russian throne, the future emperor Peter III, filed Pugachev thus thought of becoming an impostor.