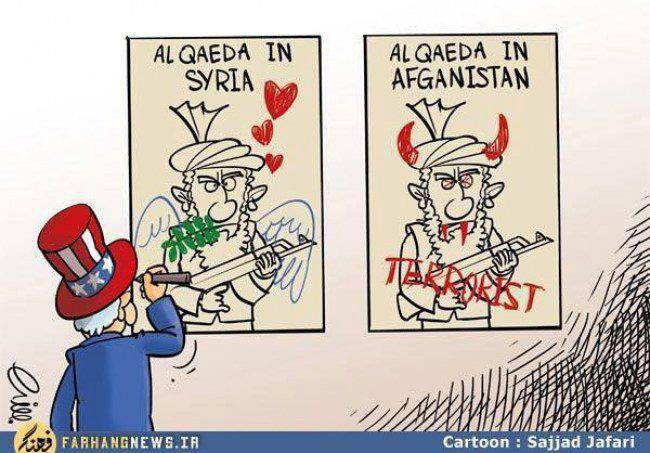 NATO heads of state gathered in Wales under the chairmanship of their commander in chief, US President Barack Obama. The meeting discussed the global opposition of the West with Russia in connection with the crisis in Ukraine, as well as the intensification of Islamist groups and, in particular, efforts to counter LIH in Syria.

But 28 of the Alliance’s member states are most concerned about the worsening of relations with Russia, as it occurs in the very heart of Europe, and, moreover, Russia is the successor of the USSR, the main enemy of NATO. At the same time, this conflict inspires NATO, since it thereby seems to justify the existence of this organization. I say this because, as it seems to me, NATO has experienced a constant crisis since the dissolution of its main opponent, the Warsaw Pact. Despite the fact that the alliance revised its strategy in 2010, it adopted a New Strategic Concept from the defensive alliance, which extended to the North Atlantic, became offensive, ready for action anywhere in the world, it was never able to overcome various crises that occurred after the collapse of the USSR.

These crises have always arisen as a result of internal disagreements between NATO member states regarding ways to resolve conflicts in which he intervened. Let's mention the most significant. In 1999, serious controversies arose over the attack on Belgrade (the bombing of the television center and the Chinese embassy); Afghanistan. After the September 11 attacks of 2001, the United States took advantage of the 5 Article of the Treaty, according to which the member states must come to the aid of the victim of aggression. However, internal contradictions between member states led to the fact that the United States decided not to use this opportunity and decided to strike at Afghanistan by forces of an international coalition not affiliated with NATO. Subsequently, NATO also began to take in action on Afghan soil, but not as the main operating force. Each country was assigned its own role: someone took a direct part in the hostilities, others, for example, Spain, were engaged in the restoration of civilian objects. All this, of course, gave legitimacy to the war.

In connection with the conflict in Ukraine, NATO again saw an opportunity to prove its relevance as a military organization opposing Putin's Russia. But not everything was so simple. Disagreements arose again between 28 states that have different approaches to the crisis with Russia. The United States, which is not very interested in economic relations with Russia, is in favor of a toughening position, in which they are openly supported by the countries of the former Soviet bloc, which they claim are in danger due to Russian intervention in Ukraine. But economic relations between Russia and Western Europe are very close. Russian energy supplies, trade exchanges, and Western European investments in Russia make these countries interdependent. As soon as they introduced Russia, an immediate answer came from Moscow: a ban on the import of fruits, vegetables and meat from the European Union.

NATO countries agreed to create an immediate reaction force of 5.000 men ready to begin to solve combat tasks on the eastern and southern flanks of Russia within a few days. By itself, this fact does not matter much, since NATO already had a Rapid Deployment Force, which has not been used anywhere else. So in essence, this is only a name change. Then a new package of sanctions was adopted: the ban to financial European organizations to participate in the provision of syndicated loans by enterprises in which the share of the Russian state is 50% (Gazprom and some others), which, if applied in practice (which is still unknown), will cause tough response from Moscow and can hit hard on the European economy. Russia made it clear that it could prohibit European airlines from flying through its airspace, as well as introduce new trade restrictions.

And finally, Obama once again demanded that in the light of the threats emanating from Russia and ISIL, NATO members should increase defense spending to 2% of GDP. Reluctantly, they agreed, but, citing the crisis and the slow recovery of the European economy, they promised to solve this problem within ten years. But reality always turns out to be harsher than promises, and only time will tell how they are fulfilled. But Europeans have the opportunity to inflate military spending, which is then distributed (or appropriated) among other ministries. The real military expenditures of Spain are currently about 1,6%, but at the same time the government calls the figure 0,7%.

As for the conflict in Ukraine, it is necessary to point out only one question: the countries of Western Europe showed irresponsible naivety, thinking that after the euromaidan and the coup d'état, Putin would allow Ukraine to rush into the arms of the EU and NATO. He had already proved this in August 2008, sending Russian troops to South Ossetia to repel Georgia’s aggression, which, by the way, sought to join NATO. We should not forget that in Sevastopol (Crimea) is one of the main bases of the Russian Navy, which has strategic importance, since it provides access to the Mediterranean Sea. And also that in the Donetsk and Lugansk regions, located in the south-east of Ukraine, live primarily Russian-speaking population. Only negotiations between Russia, Ukraine and representatives of the rebels will allow finding a way out of this situation. Apparently, this will happen.

In addition to the conflict in Ukraine, another important issue of the meeting of NATO heads of state in Wales was the fight against terrorism, in particular, with ISIS militants who seized the northern regions of Syria and Iraq and intended to create a caliphate there.

And here NATO’s weakness is again felt, because, despite the struggle against ISIL declared by the heads of state present, not all of them are determined to get involved in a new war in the Middle East. British Prime Minister David Cameron will not go to this after the House of Commons voted against attacking Syria; The head of the Spanish government does not want to send his military to Iraq either. And the US has once again decided to go through the creation of an international coalition that will strike at ISIS, while NATO will be in secondary roles, fulfilling the tasks of logistics support.

It should be noted that Obama also does not want to get involved in a new ground operation against ISIS, which is estimated to have 30.000 well-armed militants. NATO intends to limit air strikes, the dispatch of military advisers, the supply of weapons the government of Iraq and the Kurdish militias (Peshmerga) fighting ISIS. In addition, Obama seeks to create a coalition with the participation of Arab states, which is quite an easy task, given the complex and not always friendly relations that exist between their leaders on religious and political issues. Do not forget that if Iran and Hezbollah in the Syrian conflict support the Assad government, Saudi Arabia and Qatar are armed opposition groups, including those fighting on the side of ISIL.

The current conflict between Iraq and Syria is one of the tragic consequences of Washington’s policies in the Middle East and North Africa, which has launched senseless wars in Afghanistan, Iraq, Libya and Syria. And in all these countries resistance to the invasion, which, regardless of other circumstances, had one thing in common: the international coalition was unable to establish a so-called democracy, but instead only caused the emergence of groups of Islamic radicals who had shaken the situation to a catastrophic state. Where the American war horse rode, the grass no longer grows, and where before there was at least some order, real chaos arose in which the Islamists, using violence and terror, are fighting with American imperialism and its allies.

The near future does not inspire much hope. Either changes will be made to the policies pursued by the United States, Russia and Europe in relation to the Middle East, or conflicts will multiply and expand. The task is not easy, since it is necessary to extinguish the many hotbeds of conflicts in this part of the globe. First of all, it is necessary to mention the occupation of Palestine, which causes hatred of the entire Western world because of the connivance provided by the USA and Europe to the atrocities that Israel is committing against the Palestinian people. Then it is necessary to convene regional conferences on the restoration of Afghanistan, Iraq, Libya and Syria, the results of which the military will be withdrawn, assistance will begin and cooperation will be established to ensure internal self-government based on local forces, no matter what consequences this entails and what Governments are formed as a result of internal arrangements or elections. In the course of this process, one can even agree with the collapse of some states that were artificially created at the end of the First World War after the end of the Ottoman Empire.

And finally, the United States and Europe should make the provision of assistance, primarily trade relations with all countries of the region, dependent on respect for human rights, both in terms of freedoms and social aspects.

Only in this way can the West ensure normal coexistence with the world of the East. Based on this promise, the policy of military strikes by the United States and the international coalition with the support of NATO will only exacerbate the situation in the Middle East.