Anatoly Wasserman: "The police can not stand at every corner" 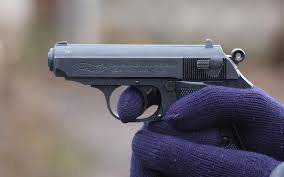 According to media reports, the State Duma offered to expand the right of citizens to apply weapon for self defense. The corresponding bill was prepared by a deputy from the Liberal Democratic Party of Russia Igor Lebedev.

On the pages of KM.RU, we have repeatedly raised the topic of self-defense and the issue of legalizing the carrying of short-barreled weapons.

Today, the well-known analyst Anatoly Wasserman joined the discussion and dismantled the most common arguments of opponents of short-bar legalization.

In Moldova and Estonia extremely liberalized the rules of self-defense

- The argument that our people just give them a weapon, and they will shoot each other, refers only to the rubber-shooter. He is declared safe and therefore flooded as often as his fists. Criminals are afraid of a rubber-shot as little as kulaks, and a serious self-defense weapon should be such that both parties treat it with respect. Such weapons in our country are a dime a dozen, the total number of barrels from 5 to 10 million.

As world statistics show, 1 from 10 dies when hit by a pistol, and 1 from 10 survives when hit from a shotgun. Many hunting rifles are modifications of sniper weapons with a range of about 1 km and more, with optical sights, and so on. With such a colossal arsenal, only a few hundred crimes involving legal weapons are committed in the country every year. The lion’s share is simply a violation of the rules of storage.

In Moldova and Estonia extremely liberalized the rules of self-defense. The peoples are different, but in both republics, violent crime (with the appearance of a significant number of short-barrels) fell at the same pace and faster than in other countries of the former USSR.

The next argument of opponents of armed civil defense is that citizens are obliged to protect the state. Yes, in general, of course, I must. But back in 30-ies, the Supreme Court of the United States of America recognized that even the most well-organized police could not prevent all violent crimes.

Police can not stand at every corner. The likelihood that a representative of law enforcement agencies will be in the place of a violent crime is negligible. But on this place there is always a victim, therefore the society is obliged to give it the opportunity not to be a victim.

The persons issuing certificates understand what they will have to answer for.

The third argument: the weapon will be sold to anyone, and potential criminals will buy it. When selling firearms, test shooting is done, and bullet and cartridge case samples are stored in card files. Shooting from a registered weapon is the same as leaving your fingerprints at the crime scene. That is why all over the world the overwhelming majority of crimes involving the use of a firearm are committed from weapons from the black market, that is, unregistered. Those crimes that are committed from legal weapons are disclosed almost instantly.

In the Russian Federation, there is a fairly reliable system of preliminary verification of the sanity and legal capacity of those who sell firearms. Numerous rumors that, they say, the medical certificate for the purchase of weapons issued to the one who should not be issued, were invariably checked. And invariably they turned out to be rumors devoid of a real basis.

True, there is one defect in the test system: the person who received the weapon is completely legal, then he became upset by reason and committed a crime in a dim state. Now this system is being finalized so that such cases would be practically excluded. By the way, those issuing certificates understand what they will have to answer for if they issue a certificate to the wrong person.

Finally, the last argument: people will buy weapons, but they will not know how to handle them and will start shooting at random. Now rubber shooters and hunting weapons are sold to those who have completed the course. In order to purchase a short-haul, you will also need to undergo the appropriate course and regular retraining with a re-examination.