"Boorish country." On the position of the Romanians and Hungarians in Ukraine 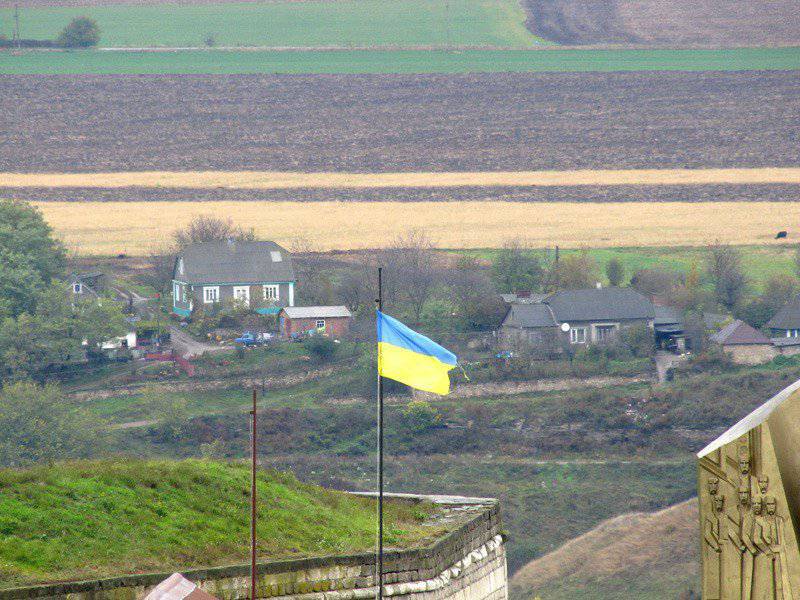 Throughout the short period of the existence of an independent Ukraine, relations with national minorities did not develop among the Kiev authorities. Over time, the national problems of Ukraine, mostly ignored, turned into chronic, and the “national revolution” led them to a critical point. This is especially noticeable in the position of the Romanians and Hungarians.

Romanians are the second largest population group in Bukovina (once this historical the region was part of the Old Russian state, now the northern part of Bukovina belongs to Ukraine). 97% of Ukrainian Romanians live in Chernivtsi (115 thousand) and Transcarpathian (32 thousand) regions. According to CEMES (Center for European Migration and Ethnic Studies), among the problems of the Romanian minority in Ukraine is the disproportionately small representation of Romanians in the higher education system and the inability to receive a full-fledged education in the Romanian language. As a result of the abolition of the law on regional languages ​​in 2014, the Verkhovna Rada of Ukraine’s law on regional languages ​​after the February 2012 coup, the dissatisfaction of Ukrainian Romanians with their situation only intensified.

Kiev rejects all accusations of disregard for the cultural needs of Ukrainian Romanians, but this only increases their discontent. In June, the Romanian Bessarabia rally was held in Odessa 2014, with the assistance of the Institute of Romanian Culture (Romania). At the congress, much was said about the need to open new Romanian cultural centers (there are not enough existing ones, their employees often do not even speak Romanian). The head of the Odessa Regional National-Cultural Romanian Association "Bessarabia" noted that "the main problem of the Romanian community in the Odessa region is the functioning of schools with teaching in the Romanian language, as well as their financing."

In Kiev, they say that at the legislative level, national minorities in Ukraine are supposedly better protected than in Romania. This is also not true, like much in modern Ukrainian propaganda. An example is the Russian Old Believers Lipovans who have been living in Romania for several centuries. The forces of the community of Russian Old Believers in Romania hold symposia on their history and religious tradition. The Zory newspaper is published in Bucharest, and the Kitezh-grad magazine is published in Iasi. Many Old Believers have Romanian awards (writers Nikita Danilov and Leonte Ivanov, scientist Mihai Nistor and many others). The legislation of Romania gives the right to all national minorities to have their own ethnic organizations, to preserve traditions, language, and the state supports them in this. In 2003, in the Orthodox Seminary. St. Basil the Great in the city of Iasi for the children of Russian Old Believers was opened a special seminar class, where they study the Old Believer Orthodoxy.

In Ukraine, for the 23 of the year of independence, the number of schools with the Romanian language of instruction was reduced from 18 to 5. This process went along with the closure of a huge number of Russian schools.

The situation with the Hungarian minority is no better. From the latest innovations of Kiev - the restructuring of single-mandate electoral districts in areas densely populated by the Hungarian minority in Transcarpathia. Now the votes of the Hungarian voters are scattered in different districts, the Hungarians no longer have the opportunity to elect their representatives to the Verkhovna Rada. Links of Hungarian activists to the Law of Ukraine No. 709 - VII “On Amendments to Certain Legislative Acts of Ukraine Concerning the Improvement of Legislation on the Issues of Elections” dated November 21 2013 and Article 18 of Section III of the Law of Ukraine “On the Election of People’s Deputies” districts given the administrative and territorial boundaries of the residence of national minorities, Kiev ignores. Now the European Court is a complaint of representatives of the Hungarian community of Transcarpathia with a request to influence the position of Kiev, forcing him to abide by their own laws.

Complaints are complaints, and the situation of the Hungarians, who have fallen under the authority of the “Ukrainian national state”, is becoming increasingly difficult. In March, 2013, the Ukrainian radicals attacked Hungarian tourists in Transcarpathia. Among the victims were children. Then, the Ukrainian media reported that the Right Sector undertook to solve the “Hungarian question”. The result: a monument on the Veretsky Pass desecrated in honor of the transition of the Hungarian tribes across the Carpathians to the Danube (the inscriptions appeared on it: “Death to the Hungarians!”); a group of hooligans broke out at a meeting of the public council of the Hungarians in the Transcarpathian district center of Beregovo, who beat the participants of the meeting. Hungarians are so outraged that the prominent figure of the Hungarian intelligentsia living in Transcarpathia, the poet Kará Bala, wrote an article called “Hammy Country”, assessing the actions of the Ukrainian authorities in relation to his compatriots.

Attempts by Kiev to reduce the entire national policy to the introduction of bilingual seals, forms and signs the Hungarian community is no longer satisfied. With such cosmetic measures, the culture of the Hungarians in the places of their millennial residence cannot be preserved. Among the almost two hundred thousandth Hungarian population of Transcarpathia, irredentist sentiments are gradually ripening.