October 8 2014
171
The US Bureau of Labor Statistics analyzed the economic activity of the people. It turned out that almost one hundred million citizens of a blessed democratic country are terry quitters and parasites. In addition, the number of poor and stupid people in the United States is growing rapidly. But what about the American dream? What are Americans dreaming about now? You will not believe: about the fall of Putin's rating.

One hundred million lazy people. As the CNSNews.com92.584.000 Americans from 16 years and older now are not labor. The level of economic activity of the population decreased to 62,7%. Such a low rate of the United States did not know 36 for years, said the National Bureau of Labor Statistics (Bureau of Labor Statistics). September's 62,7% - the lowest since February 1978 of the year!

Who are the remaining 92 and a half million people? These are citizens of the United States who not only have no work, but also do not seek one for at least four weeks. Moreover, these people did not serve in the army before, were not imprisoned, were not treated in psychiatric clinics, and are not residents of nursing homes.

With such indicators, with such a burden to parasitism, it becomes clear where the poor are from in the USA. The interest of American scientists to impoverishment has received a curious direction: now they are studying the impoverishment of the unemployed. In parallel, poverty struck at children.

Poor, angry, hungry. According to the magazine USA TodayIn the US states, 17 recorded an increase in the number of people living in poverty. Even in 32 states, people live as poorly as before. And only in one state, Vermont, the people got a little rich.

The national poverty rate in the blessed United States is 15,9%. The number itself is stable in recent years, but among various demographic groups poverty is steadily increasing. The data reflects slow economic recovery and high unemployment in the United States.

In fourteen states, including Arizona, California, Georgia, Oregon and Texas, the number of impoverished children has significantly increased - along with the number of people living in extreme poverty. The edge of poverty in the US is half of 23.050 $ annual income for a family of four.

American employment experts claim that more and more unemployed people in the US are impoverished, since they have long been unemployed.

Long unemployment - a consequence of the recession. And if in itself the loss of work is terrible, then it is much worse to live for two years without work: after all, you will lose professional skills and will not become familiar with new technologies.

Hence the impoverishment of children: if the parents do not work, the family’s income in terms of each child’s “soul” decreases.

Here is one example. A professional accountant, a woman of 50 years, a single mother from Connecticut, lost her job back in 2009 year. She has two teenage children. She unsuccessfully tried to get a hundred companies. She finds a temporary solution in that she borrows money from friends, nurses other people's children, cleans up in other people's houses, solicits help from the church. She has nothing to pay for mortgages and utilities. She eats at the local "food fund". She is likely to lose the apartment soon. In the fall of 2013, unemployment benefits were granted to her for the last time.

You can see the virtual map of American poverty by states here.

Americans are not only rapidly becoming poorer, but also becoming stupid. This is facilitated by fraudulent activity of school administrations.

Well stupid! .. In Atlanta, the trial of a dozen former teachers and administrators accused of conspiracy to manipulate the results of tests in public schools Fulton County Superior Court.

District Attorney Fani Willis (Fani Willis) characterizes the criminal actions of teachers as "a widely spread and cleverly disguised conspiracy, the purpose of which was the illegal overestimation of test results and the creation of a false impression of the academic success of many students in the Atlanta public school system." Defendants can get 35 prison years.

In total, more than 180 teachers from 44 schools were involved in the criminal case. Site journalists "AlterNet" suggest that "systemic deception, which has been amazingly spread in American schools, goes much further than most of us can imagine ..."

The National Center for Fair & Open Testing (or FairTest) said the United States would have to "prepare for shock." The organization has collected data showing that the Atlanta scandal is "just the tip of the iceberg." FairTest has already found documented cases of fraud, including systematic point manipulation, in 39 states and the District of Columbia. The study covered the last five years. The organization has also identified more than six dozen methods that administrators and educators are successfully using to change student scores - from simple "absence" of students on test days to direct prompting of correct answers on tests.

"This is the ugliest история", - say the experts. 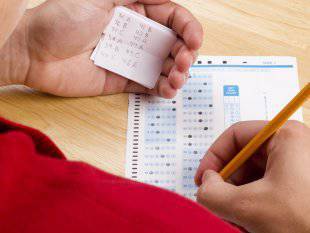 US rulers deserve their administrators and their "teachers".

Towards the baseboard. Gallup Institute conducted a study, in the end of which it became clear: the citizens of the United States put very low those persons who make legislative decisions in Washington.

As it turned out, few Americans made a favorable impression of Senate Majority Leader Harry Reid or Speaker of the US House of Representatives John Boehner.

The already tiny ratings of trust in these individuals have now fallen almost to the baseboards. If Reed had “favorable ratings” of 27% in April, today the senator received only 21%.

Bonera rating also went down. Only twenty-eight percent of Americans today trust him - compared to 31% in April 2014 of the year.

The results were obtained using a telephone survey Gallup 25-30 September. 1252 adults were surveyed.

How is President B.H. Obama doing there?

And he, too, has a record low rating. The reason for this "Politico" calls a weak foreign policy. The rating is calculated according to a recent poll by the Wall Street Journal and NBC News.

It turns out that only 36 percent of Americans approve of Obama’s foreign policy activities.

As for his overall “approving” rating, only 40 percent said “yes” - and this is one percentage point less than in the previous survey of this year. 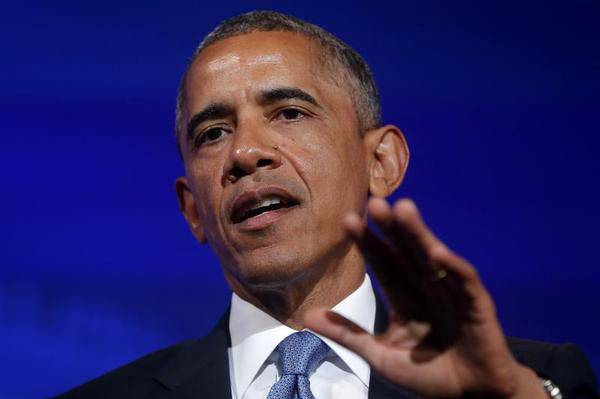 And only 14% of respondents approve of the Congress, adds "The Blaze".

Sociologist Peter Hart told NBC News that Americans are “unhappy and unhappy.” And they are dissatisfied with "everything that happens around them."

Analysts, not without irony, notice that frustration seems to be about to stop the American economy and political system.

Six out of ten respondents are not satisfied with the economic situation. 70% believe that the country is not moving in the right direction. Finally, the whole 80% of respondents are annoyed by the political system.

But at least in anything the US is progressing?

Five years - in three years! As reported by 6 October agency ReutersThe US Supreme Court on the very first day of its new term, without any comments, rejected complaints from the high courts of five states (Virginia, Oklahoma, Utah, Wisconsin and Indiana), who tried to prohibit same-sex marriage by appealing against decisions of lower courts, same-sex marriages previously allowed.

As a result, the number of states where same-sex marriages are legalized will jump in the US from 19 to 24. Reuters points out that at least six more states will soon join these gay-playing states.

Chad Griffin, president of an organization fighting for gay rights, said it was "a joyful day for thousands of couples across America."

Such is the progress, ladies and gentlemen.

Black envy instead of a bright dream. "Forbes" writes that Russians should be annoyed by the recent experiments of their state, which is pursuing an aggressive and openly anti-Western foreign policy.

The Russian economy is deteriorating due to the Ukrainian decisions of Putin, Western sanctions and the general decline in the country's attractiveness for foreign investors.

However, half a year has passed since Russia got the Crimea, and Putin’s approval rating has not gone down. And it makes no difference what survey is being discussed! The observer Mark Adomanis cites data from the Levada Center (“the leading independent sociological organization of Russia”). And the indicators of the “Levada” “Putin” poll are almost X percentage points higher than they were in April - in the month when the “nationalistic euphoria about the“ return ”of Crimea was at its peak.”

Surprised by this state of affairs, the journalist believes that Putin’s rating will eventually slide down, for “there is no such policy on Earth that could maintain the 86% rating for an indefinite time.”

But when? .. When? This is the question that the analyst sees as the most important, even decisive.

Amazing people - Americans, we add in conclusion. Instead of staging an impeachment on Obama, or, say, starting a struggle for the bright communist future of the state of Texas, they envy the foreign president’s rating with black envy and sit and wait in the editorial offices of their journals when this rating will collapse. Meanwhile, the ratings of their president and congressmen each month slide lower and lower.

And what about Putin? Never mind. Noted in the Siberian taiga birthday. "Cool guy!" - sigh in the Western media.