"Option with shooting in Spain excluded" 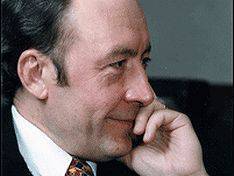 The Spanish Constitutional Court de facto banned a plebiscite on the issue of the country's territorial integrity. And this is despite the fact that the event itself was called by its organizers rather modestly: “Non-referendum public consultations regarding the political future of Catalonia”. However, even this non-binding format seemed unacceptable to Madrid. The reasons for such a tough position of the Spanish leadership and whether the idea of ​​creating an independent Catalan state can have any prospect were told in an interview to Rosbaltu by the editor-in-chief of the magazine Modern Europe, a leading researcher at the Institute of Europe, RAS, Viktor Mironenko.

- In your opinion, why did the Spanish government reacted so painfully to the idea of ​​a plebiscite, and in fact, to a non-binding survey in Catalonia? Moreover, the referendum in Scotland on the issue of its withdrawal from the UK has just recently ended, and no one there banned it from holding, but did the unity of the United Kingdom only get stronger?

- This is customary for Spain. This is her sore point, a sore point for Spaniards - mentally, psychologically, and politically. All this история It has been stretching for many decades, and this does not make it softer or tougher. In Catalonia, there are always some national demonstrations, hanging out national flags on the balconies, and so on. Accordingly, the reaction of the Spanish government to this attempt at a plebiscite in Catalonia is quite common.

In addition, we must be aware of what Barcelona is for Catalonia and its economy for Spain and its economy. I would call this city "New York of the Mediterranean". Therefore, the first reaction, which was shown by the Prime Minister of the country, Mariano Rajoy, to the idea of ​​holding a plebiscite, is quite traditional: first “no”, then the conversation begins.

- Does the idea of ​​creating an independent Catalan state have any prospects?

- Who would have thought 25 years ago that Ukraine or Belarus would be independent?

In politics, there is a principle: "never say" never "." Therefore, to say that there is no such perspective at all, I cannot. Moreover, the Catalans themselves are very passionate. But their drive is different from the post-Soviet or even Basque. She will never turn into armed struggle. Catalonia is an economically prosperous region of Spain, with a fairly educated, intellectually developed population, so I don’t think that this issue can turn into a form of bloodshed.

I believe that the question of Catalan independence should be put in the context of the pan-European process. Much will depend on how the EU develops. Will it turn into a confederation of states or into some kind of quasi-state, or will the theory of "Europe of Regions" be implemented, contested, by the way, by specialists of our institute. Much will depend on this.

- How can I solve this problem?

- The problem of Catalan self-determination will not be resolved in the foreseeable future, it will be present, but will not acquire an extreme character. Only time can remove it. Most likely, it will not be in the form of the Catalans' refusal of their idea, but in the form of a change in our ideas about the European Union, about the national state and its forms. But the solution to this issue in the traditional form: "Catalonia is an independent state" - I can not imagine.

“Because many problems, like in the post-Soviet space, are not standing there.” This year my wife and I were in Catalonia. My wife asked one of our compatriots, who have been living there for a long time: "How do you solve language problems?".

So, the woman replied that there are no such problems in Catalonia - all Catalan schoolchildren study their native language at school on a par with Spanish, and also English or French to choose from. Therefore, nationalism there is more civilized, refined, or something.

- Is the idea of ​​a federal or confederative organization of the country discussed in Spain?

- It seems to me that both the Spanish government and the Spaniards themselves react to this topic very painfully. You need to know the history of this country. They have been killing each other there not long ago. True, the watershed then took place more on political issues (the civil war in Spain in the 30-s of the 20th century), but the ethnic problems were also very serious.

The Monkloa Pact, which representatives of the main political forces of Spain concluded in the 1977 year after the transition from the dictatorship of General Franco to democracy, said: "sleep well, it should not happen again." This implied not only the need to end the fight with each other of the fascists, democrats and communists, but also of any other conflict situations leading to civil war. For the Spaniards, the Catalans and the Basques, everything is still fresh in their memory and that is why they will avoid confrontation in every possible way.

- That is, this idea is not discussed?

- It may be discussed, but I do not think that she can get serious support in Spanish society. And if so, then the Catalans will think. In any case, as in the Donbass, they will not fire at each other with “grads”. It is excluded.