... And the boys became soldiers 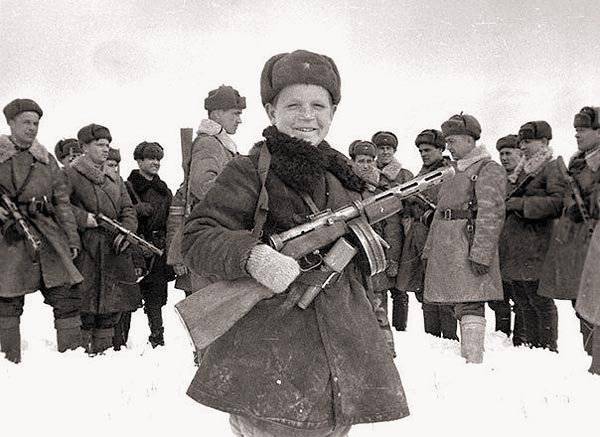 I live in the hero-city of Novorossiysk, in which bloody battles took place during the Great Patriotic War. I would like to say a few words about the young heroes from our city, who defended their homeland from the fascists. We, in Novorossiysk, have streets named after teenagers who fought along with adults. These are Victor Novitsky and Victor Chalenko.

A few years ago, an article about Victor Novitsky was first published in an article in the local newspaper, Novorossiysk Worker. It is called “The Last Hooligan of the Oktyabrsky Bug” (part of Novorossiysk is located on the hills, they are popularly called knolls - author's note). It revealed the details of his life and death. He was a foundling. His father and mother are unknown, and Michael and Praskovia Novitsky became adoptive parents. In addition to Victor, the family still had two small children.

His peer Valentin Svidersky describes that when they installed an anti-aircraft battery on the street, Vitya was constantly with the soldiers, carried out their orders, and they fed him. In December, 1941, he went with anti-aircraft gunners to the front and fought with them in Kerch. Then it was not so difficult to enroll in the regiment's sons. In April, 1942, Victor returned home because of a minor injury: his toe was torn off.

He owned many types of rifle weapons and knew how to throw grenades. For friends and classmates, he was a hero.

When in August-September 1942 of the year the Germans attacked Novorossiysk, Vitya lived in the old Genoese tower, where Soviet soldiers equipped the firing line. 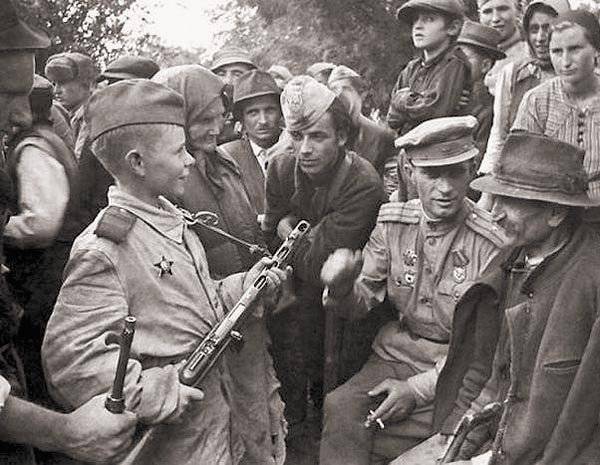 On September 7, the Germans approached this line of defense, and Victor happened to take his last fight ... 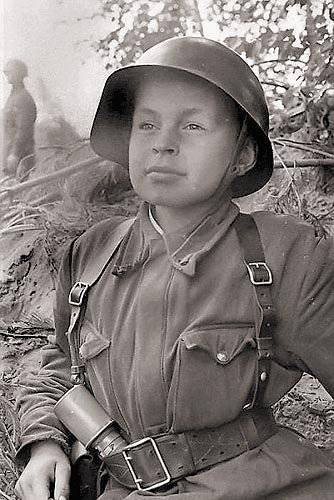 The tower was defended by six sailors and two infantrymen, and Vitya was the ninth defender of the tower. Eyewitnesses saw how our fighters beat off the furious attacks of the Germans, the tower fired artillery. Vitya popped up and threw grenades. During a short respite, the Germans managed to come close to the walls, and then a machine gun stuck to them. This was shot by Victor.

For a very long time the machine gunner did not let the fascists approach the tower. But the Germans made their way from the other side, from where no one expected them. They took the tower and threw Vitya out the window. His neighbors saw this tragedy. He broke his head, doused with gasoline and set on fire ...

The next day, the Nazis gathered the inhabitants of the area and ordered to bury the dead, except for Victor. It is evident that he annoyed him greatly.
Today, at the approximate burial site of Victor Novitsky is his bust, and one of the streets of the city, as mentioned above, is named after him.

The name of another street of Novorossiysk recalls the pupil of the 83rd Black Sea Marine Brigade fleet Victor Chalenko. He was a native of the city of Yeysk and since childhood dreamed of becoming a sailor. Once in the ranks of the Marines, the teenager took part in the battles under the station Shapsubskaya. On October 7, 1942, Victor threw grenades at the Germans' machine-gun crew, which prevented the company from reaching its starting line. The next day he distinguished himself once more: he crawled close to the enemy trenches and threw five enemy soldiers with grenades.

In February, 1943, Viktor Chalenko, being already awarded the Order of the Red Star, landed as part of an amphibious assault force, headed by Major Caesar Kunikov, on the legendary Malaya Zemlya. In the battle for the stronghold, he again greatly helped his native company. Kunikovtsy were pressed against the fire of the enemy bunker. Vitya rushed forward and destroyed the calculation of the bunker grenades. In the same battle, he died the death of the brave ... He was posthumously awarded the Order of the Red Banner.

Eternal memory to them. Many teenagers have given their lives in the fight against the invaders. They fought with dignity both in the army and in partisan detachments. Their feat is immortal.