A weapon using electromagnetic pulse is being created in Russia

October 8 2014
44
In modern armed forces play a large role various electronic equipment. Such equipment is used as communication systems, detection, control, and in many other areas. For this reason, electronic warfare (EW), as well as other electronic technology, is one of the priorities. In recent years, in our country and abroad, many EW systems have been created for various purposes with different characteristics. According to domestic media, Russian engineers are currently working on advanced systems of this class, capable of causing much more damage to the enemy in comparison with existing complexes. 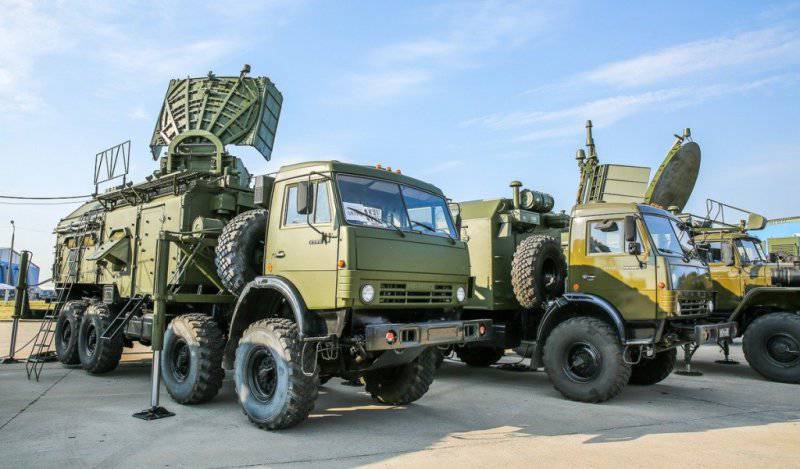 At the end of September, the Expert Online publication in the article “Electromagnetic weapon: what is the Russian army ahead of its competitors? ”reviewed the recent successes of the domestic defense industry in creating means of electronic warfare. The journalists of the online edition reminded about the Ranets-E system, which was shown at the exhibitions at the beginning of the last decade, and also told about the developments of the early nineties, which were proposed for solving various problems. However, of particular interest is the other information available in the publication.

With reference to an unnamed employee of the corporation "Rostec" the publication "Expert Online" reports on work on a weapon using an electromagnetic pulse (EMP). Currently, experts of the concern are engaged in the development of the Alabuga complex, designed to suppress enemy electronics with the help of electromagnetic radiation. The unnamed employee of Rostec said that systems using EMP already exist, but their main problem at the moment is the delivery of equipment to enemy positions. The project "Alabuga" for this is proposed to use a rocket.

The Alabuga system is a rocket on which an electromagnetic pulse generator is used as a warhead. The task of the rocket is to deliver the generator to the area where the enemy troops are located, after which the impulse is generated. It is argued that the generator is switched on at altitudes of the order of 200-300 m above the enemy positions and effectively hits electronics within a radius of 3,5 km. Thus, one missile with a special warhead can leave a large subdivision of the enemy army without communications equipment and other electronic equipment. After such an attack using EMI, according to the source of the Expert Online publication, the enemy can only surrender, and the damaged non-capable equipment becomes a trophy.

Unfortunately, the Alabuga project is still secret, and therefore an employee of Rostec told only about the main features of the new original weapon. At the same time, he noted some problems that scientists and designers had to face. Thus, an EMI system capable of generating a pulse of sufficient power has large dimensions and weight. To deliver this system to enemy positions, a rocket with the appropriate characteristics is required. At the same time, however, an increase in the size of the delivery system makes it more vulnerable to enemy air defense and missile defense systems.

According to Expert Online, the Alabuga system has already passed the tests and at the present time specialists are engaged in its refinement and improvement. More accurate information about the project, for obvious reasons, is still a mystery. Moreover, until the publication “Electromagnetic Weapon: What Is the Russian Army Ahead of the Competitors?” The very existence of the Alabuga project was not known to the general public.

Despite the lack of information, the Alabuga project - if it really exists, and the source at Rostec really has to do with advanced developments - is of great interest. Studies on the subject of weapons that use electromagnetic impulse to destroy the enemy's electronics have been conducted by leading countries for quite a long time, but so far such systems have not reached practical use.

Nevertheless, in the armament of the developed countries there is a weapon capable of hitting radio-electronic systems with the help of electromagnetic radiation — these are nuclear weapons of various classes. However, in this case, the electromagnetic pulse is only one of several damaging factors of ammunition. In addition, the effect of the other damaging factors of a nuclear explosion far exceeds the effect of EMR. For this reason, although nuclear weapons have an impact on electronics, they still cannot be considered specialized weapons aimed at disrupting the operation of electronic systems.

Judging by the published data, the prospective Alabuga system has both positive and negative features. The first should include the possibility of relatively quick and easy disabling of various systems and communications of the enemy. It is alleged that one rocket with an EMP generator is capable of disabling equipment in a radius of 3,5 km. Thus, with the help of a relatively small amount of ammunition, it is possible, at least, to seriously hamper the actions of a large group of enemy troops.

Like other weapons, the Alabuga system is probably not without flaws. First of all, these are large dimensions and weight, which impose certain restrictions on the delivery systems used. Another problem is specific combat capabilities. The effectiveness of the EMR depends on a lot of factors, including the protection of the attacked equipment. With the right approach to the design of the protection of electronic systems can significantly reduce the damage from the electromagnetic pulse.

The existence of the project "Alabuga" was not previously reported. Moreover, the information on the development of domestic electronic warfare devices using an electromagnetic pulse had a fragmentary character. Due to the secrecy of the work being done, it is not worth waiting for new information on promising projects to be announced in the near future. Nevertheless, information about the existence of a new project can show that Russian specialists not only see the prospects for a new direction, but also are engaged in projects in this area.