On the meeting of the Bilderberg Group in St. Moritz 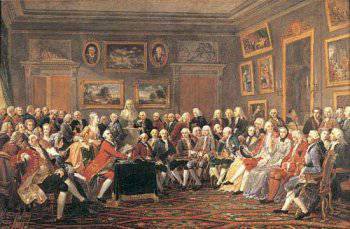 As the Voice of America reported recently, the US Department of Energy allocates a loan for 730 million dollars to the Russian company Severstal’s subsidiary Severstal North America for the modernization of a steel mill in Dearborn, Michigan.


Surprising is Michigan, the epicenter of America’s “rusty belt”, from which all major American businesses have long fled, in the capital of which Detroit still abandoned entire areas, where empty eye sockets of cottage windows abandoned by residents due to unemployment remain real evidence of the collapse “Of the American dream”, - in this very economically degraded state, the Russian “Severstal” suddenly found the benefit of investing money. A lot of money: Rouge Steel, a company that belonged to Ford and produced rental for the very first Ford car in 1920, went bankrupt in 2003. Severstal acquired it in 2004 in addition to the existing bankrupt plant in Columbus, Missouri, in the same “rusty belt of the USA”. With three more businesses bought in the US in 2008, Severstal poured 2,2 a billion dollars into American industry. Of course, all the American “daughters” of the Russian company were so unprofitable that the owner and head of Severstal, Alexey Mordashov, who started selling the same three companies in the same year, received almost nine times less for them - 225 million, Kommersant ".

To such a talented investment of Russian assets along the shores of the Great Lakes in the United States, I would add that Aleksei Mordashov, the main owner and CEO of Severstal, controls the Cherepovets Metallurgical Plant, two mining and enrichment plants and dozens of related enterprises through the Cyprus offshore company, Frontdeal Ltd ", Successfully avoiding, as usual, the taxation of profits under Russian law.

Russians, who can, but do not want to invest big money in Russia, are in urgent need of the West now. More precisely, not to the West even, but to the “circle of the elect,” who, under cover of secrecy, meets once a year for a meeting under the guise of “Bilderberg.”

You can turn this article into a multi-page essay, an essay - into a book, a book - into a library, if you try to summarize all existing versions of decoding the goals and objectives of this society, first gathered in May 1954 of the year in the Dutch city Oosterbeck at the Bilderberg Hotel, from “ world government "to a handful of super-rich who rule the world economy in the interests of transnational corporations.

According to the website of this strange organization in all respects (http://www.bilderbergmeetings.org/meeting_2011), the 59 meeting of the Bilderberg Group in St. Moritz in Switzerland mainly discussed the “growth challenges”: innovation and budget discipline, the euro and challenges to the European Union, the role of developing economies, security of social networks, new challenges of the Middle East, conflict zones, demographic challenges, China ...

Any of these so-called topics is worthy of the attention of politicians and economists. But why at the same time close your faces, shut the doors tightly, curtain the windows and set the perimeter guard in the same way as conspirators who gather at the gathering usually do? Published at the end of my article, the full list of participants of the next annual “bilderzastol” allows you to make sure that among the invited people there are a sufficient number of well-known people with aristocratic manners, opportunities that are not limited only to the wallet, and intentions designated quite harmlessly. Why, in the Old and in the New World, have the attempts to look behind the dense screen of secrecy covering the activities of the “chosen” for almost half a year continue?

Because only, in spite of all the efforts of the Bilderbers, it is known about them that the United States, fattened on supplies during the Second World War, decided that their “finest hour” had come to seize the half-ruined, old woman in need of money and goods. Europe Already at the end of the 40s, the European Movement, the American Committee for a United Europe, the European Youth, and other organizations that paved the way for American influence appeared on the content of the CIA in order to strengthen the American control over the European elite.

The direct intervention of the US government naturally caused rejection in the victorious fascism of Europe, and then transnational companies set about to create an Alliance, later called the Bilderberg Group. Planned as a “reflection club” for representatives of the ruling circles and major corporations of NATO member countries, the group, in fact, became the main mechanism for promoting US interests in Europe, but very quickly grew into the concept of the creators and turned into a “machine for forming governments and politics” European states, subordinate to the interests of not even the United States as a state, but a narrow circle of families.

At the dawn of its creation, Prince Bernhard of Holland, who had recently served in the SS forces and at that time the main shareholder of the Rothschild oil company Royal Dutch Shell, became chairman of the Bilderberg club.

Of the eighty people who were listed in the founders gathered at the Bilderberg Hotel, D. Rockefeller, the head of the Rockefeller Foundation G. Heinz, President of the Carnegie Foundation D. Johnson played the main role. It is known that the participants in the constituent meeting of Baron Edmund Rothschild and Lawrence Rockefeller were selected. And already then one of the main goals was the creation of a single European state with its own central bank and single currency under the “natural” control of the United States, as well as the creation of a transnational government.

Who will argue that today these goals are not achieved?

As the British “Guardian” writes about the last meeting of the “club of the elect”, “this year the Buildberg was bigger than ever. More crowds, more names, more reporters. ” I noticed the Guardian and Alexey Mordashov with his bodyguards and suitcases that were not subject to customs inspection. And she reminded that this is not the first Russian “oligarch” on the “Bilderberg threshold”. For example, in the 2008 year, when the "tagged" gathered in Greece, on Corfu, Oleg Deripaska was invited there. At the same time, clarifies the British edition, the expansion of the circle of those present suggests that expanding the range of interests of the owners of the "feast."

It is known that the Bilderberg Club is built on the principle of the Masonic Lodge, its structure includes three circles. The exterior is wide enough, and the members of this circle know only a part of the real strategy and true goals of the organization. The second round is the Steering Committee, consisting of an 35 person who is familiar with the group’s tasks for about ninety percent. The narrowest circle is the Advisory Committee (Consultative Committee), consisting of about ten people who thoroughly know the true goals and strategy of the organization and have full authority on the group's affairs between its annual meetings.

Suffice to say that the 9 meeting of the “club” in St. Moritz, held on 12-2011 in June, was held under the patronage of only one member of the Advisory Committee - David Rockefeller. Other permanent members of the Advisory Committee include Edmund de Rothschild, Zbigniew Brzezinski, Paul Wolfowitz, Henry Kissinger, (late) Richard Holbrooke, Etienne Davignon, Henry Heinz, Romano Prodi. Journalists have calculated that the asset of the “club” unites 383 people, one third of whom are Americans - representatives of the staff of the President of the United States, the State Department, the largest corporations, banks and business circles. All this army is “sharpened” in order to preserve and strengthen the system of governance of the “world order” in its own, “bilderberg” mode.

As not without humor, she noted the same “Guardian”, quoting Thomas Jefferson, the author of the US Declaration of Independence, “whenever people are well informed, they can trust their own government. If they (the people) become inattentive to public affairs, you and I, and the Congress, and the Assembly, the judges and the governors, can all become wolves. ” Against this background, a large-scale guarded by snipers, helicopters, a meeting hiding from the public cannot but cause dark thoughts. “Bilderberg is a step back in the wrong direction, given that“ openness of the government ”is something we all strongly strive for,” notes the Guardian.

Now, journalists are vying with each other offering options for reading the “Bilderberg-2011 protocols”, which, of course, have not traditionally been conducted and, therefore, have not been written. At the same time, it is believed that China was subjected to a detailed analysis - and its representative in St. Moritz was present: Ing Fu, Deputy Foreign Minister of the Middle Kingdom (Ying Fu), became their representative. And who will say that China today is not the country that comes on the heels of America?

There are speculations referring to those interested in American Jim Tucker, who has been collecting the “Bilderberg dossier” for many years, that at the meeting of the “elect” there was much talk about the unfolding of full-scale hostilities in the Middle East and North Africa. The fact that the population of the planet is declining too slowly, an alternative to which Bilderberg sees world war. About the support of the euro (Greece and other countries in the zone in crisis, let them pay with islands or whatever). On the continuation of the occupation of Iraq. On the device in China and Russia of a series of crises in order to undermine their financial systems. The fact that with the alternative media and free from the control of the Internet "you have to do something ..."

You can relate to this information with caution, but it was not in vain that I began the topic with Severstal and its current owner, burying billions of dollars in the United States. Just now, US Secretary of Energy Stephen Chu, who announced that Severstal had received a loan under the US Department of Energy’s program to support the production of new-generation cars, said that 730 million dollars became the largest loan in the past two years under this program. And the fact that the money is allocated to companies with Russian capital is an unheard of case. It is believed that, thanks to the loan, Severstal will be able to create in Dearborn, America, in difficult times, 260 permanent jobs and 2,5 thousands of temporary, and also to keep 1400 existing, and the creation of new jobs - the priority of President Barack Obama’s administration.

It is curious that the application for a loan from the American Chrysler under the program to support the production of new-generation cars was not approved ... Probably because the owner of the Chrysler was not at St. Moritz for four days in June.

We are in Yandex Zen
Independent Baltic. 1920-1940 Addition to "Were there colonies in Russia?"
List of destroyed the largest and most high-tech enterprises
3 comments
Information
Dear reader, to leave comments on the publication, you must to register.