October 9 2014
3
After the end of the Iran-Iraq war in 1988, Saddam Hussein decided that it was finally time to finish building his ocean fleet. The USSR could not offer anything, except for the TFR of the 1159 project with the outdated P-15 RCCs. A similar picture was observed in Yugoslavia, where the Split frigates were processed by the TFR of the 1159 project. Therefore, it was decided to redeem the ships ordered in Italy, since by the time they were already completed, the money was taken from Iraq.

The general location of the SMPL SX706

To compensate for the losses in the landing craft in Denmark, 3 amphibious assault ships with a displacement of 3 500 tons were ordered, as well as an auxiliary vessel and yacht for Saddam Hussein. However, from all ordered Iraqis managed to get only a yacht. 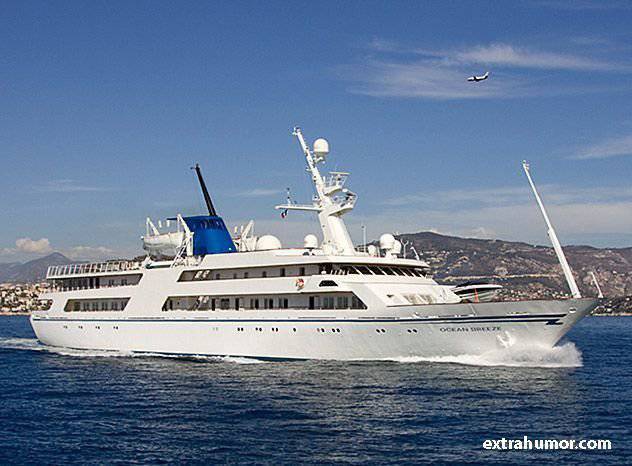 The first of the missile boats (former P-600) was received on 22 on May 1990 of the year, before the onset of the aggression in Kuwait. 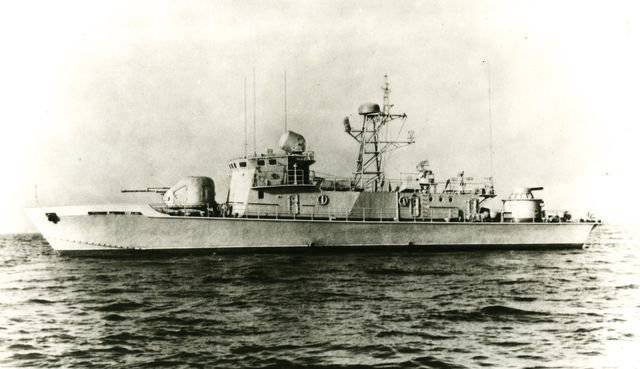 It was on the Iraqi order TsKB-18 in Leningrad began to design the newest type of submarines, received the code "Amur", the one from which the submarines of the project 677 "Lada" grew.

There have been attempts to start their own construction of warships. Thus, the Tamuz missile boat delivered from the USSR in February 1983 (w / o 17) of the 205 project, apparently, was intended to become a benchmark for the series built in Basra. A similar assumption can be made with respect to those purchased in 1984-1985. in Yugoslavia, 15 patrol ships of the PB 90 type. However, the preparation of the stocks for the Iraqis did not go well, and during the Iran-Iraq war they built around 80 small boats of the Savary type at their shipyards. This is a small and constructively primitive craft with a displacement from 7 to 80 tons, armed with machine guns, used to patrol the Shatt al-Arab River and in the water area 150 miles from the coast of the country. Boat Savary is capable of speeds up to 25 nodes. The main mission of the mission is the concealed installation of minefields, for which mine-hangars and special equipment designed for 4-12 contact anchor mines of the LUGM-145 type of Iraqi development and production are provided on these watercrafts.

For the landing of naval landings, the Republican Guard had 2 brigades of the Marine Corps, which included two or three battalions, an auxiliary company and a light artillery battery and / or a mortar battery. The task of the marines was reconnaissance and ambush strikes, it was also used as a rearguard and reserve for capturing key targets before the onset of the main forces, landing in the rear of the enemy. During the war with Iran, Iraq rather reluctantly and with less success used its marines in comparison with the enemy. Airborne battalions in size and armament were inferior to infantry and were light infantry. They included a headquarters, administrative company and a company of logistics for the battle. The latter included anti-tank (four ATGMs, four recoilless guns) and mortar (six 82-mm mortars) platoons, as well as a reconnaissance platoon. Each company of the Marine Corps battalion included a staff (one APC, two or three trucks), weapons and three landing platoons. The airborne platoons included a headquarters and three squads of 10 people each. The weapons platoon had several light trucks, four 12,7 mm machine guns, three 60 mm mortars and twelve RPG-7s (the latter were attached to the squads as needed). As armored vehicles used Soviet floating Tanks PT-76 and the Brazilian armored personnel carrier EE-11 "Urutu". 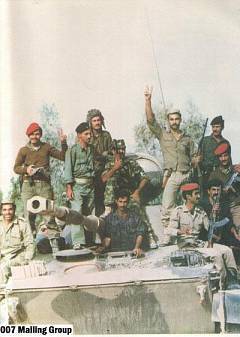 The 3 batteries of HY-2 Silkworm anti-ship missiles, which are descendants of the Termite Soviet anti-ship missile system P-15, were intended for coastal defense. The HY-2 is launched from a rail-type ground launcher. The flight in the initial segment takes place at an altitude of 1000 meters; after the missile is transferred to the cruise engine, the flight altitude drops to 100 — 300 meters. At the final leg of the flight, after turning on ARGSN, the rocket is reduced to an altitude of 8 meters above the sea, up to hitting the target. The probability of hitting one shot is estimated at 90%.

Of course, such active actions of Iraq could not help but alarm Iran, who enviously looked at the “sworn neighbor” so active, so the Iranians declared that they would not allow such large Iraqi ships to appear in the Persian Gulf and are ready to use military force to prevent them there ... However, Saddam Hussein chose a new goal - Kuwait.

The Iraqi Navy took an active part in the invasion of Kuwait. Thus, the Iraqi Marines, having landed from boats, attacked the capital of the country, Al-Kuwait, from the coast. Kuwaitis claim that they managed to sink 4 Iraqi missile boats, in turn, the Iraqi army said that 17 sank Kuwaiti warships of various classes. 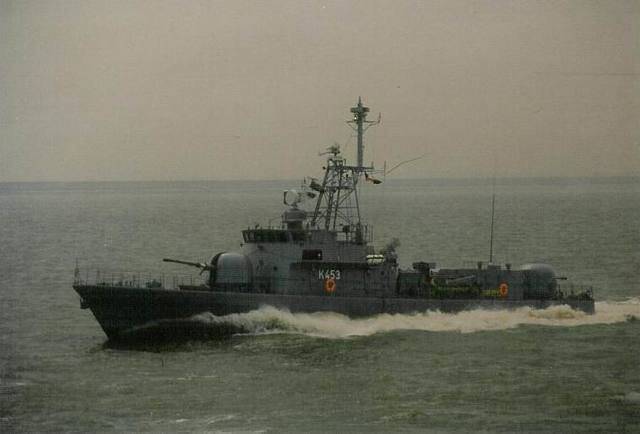 Captured missile boats were immediately incorporated into the Iraqi Navy.

With the beginning of the American operations — first the “Shield in the Desert” and then the “Desert Storm” —the Iraqi admirals adopted the only correct tactics, covering the most valuable ships in Basra, and mined the northern part of the Persian Gulf, especially on the approaches to the dangerous areas of the coast. Kuwait. Iraqi mines were hit by the American helicopter carrier Tripoli (LPH-10) of the Iwo Jima type and the cruiser URO Princeton (CG-59) of the Ticonderoga type, and the destroyer Paul Foster (DD-964) of the Spruence type on an old Japanese mine that didn't explode. 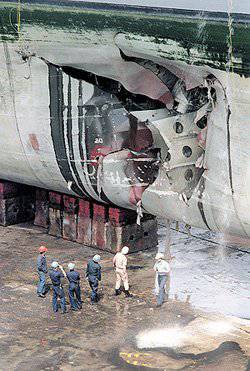 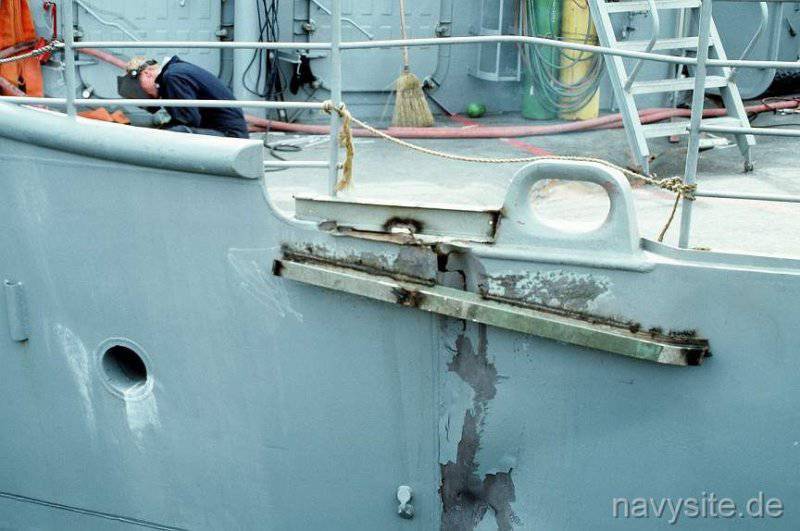 The American cruiser "Princeton" blown up on Iraqi mines, "glued" for 100 million dollars

When the cruiser “Princeton” was undermined on the mines, and then, during the long hours, not one of the American ships dared to approach the cruiser dying in front of his eyes. Only the Canadian frigate Atabascan, who managed to successfully overcome the minefield and deliver an emergency batch and materials for emergency repair of the hull, was enough courage and skill.

The cruiser "Princeton", cracked from the explosion in half, was "glued together" for 100 million dollars.

Sea trawlers and trawlers of the USA, England, Belgium and Germany took part in the trawling of these mines. In total for January — February, 1991 of the year, they mined 112 mines, mainly of Soviet manufacture, such as AMD, KMD Krab. However, until the end of the hostilities, not a single unit of the Allied forces landed on the shore.

In turn, the Americans and their allies began a real hunt for Iraqi ships, using strikes aviation and anti-ship missiles and even the 406-mm guns of the battleship “Wisconsin” type “Iowa”, the cost of shells which were much more than they destroyed Iraqi boats. In total, by February 3, 7 warships and 14 boats of the Iraqi Navy were destroyed, including all 6 missile boats captured in Kuwait; RCA of the project 2141RE; 6 RCA project 205 (another damaged); Soviet-built small anti-submarine ship of project 1241.2PE; KFOR of project 773 "Noukh" (b / n 78) of Polish construction, used as a mine layer; 2 sea minesweepers of project 254 (Al Yarmouk (w / n 412) and Al Cadizia (w / n 417) were damaged by the British Sea Lines helicopter RCC Sea Skua on 30.01.1991/20/1, landed on the shore of Failaka Island, located in the northwestern part of the Persian Gulf, 1258 km northeast of Kuwait, and burned out); 3 raid minesweeper of the project 90 (the rest are damaged); 02065 patrol ships PB 3 of Yugoslav construction, a border patrol boat of project 1400 Vikhr III (one more damaged), 6 patrol boats of pr. 183M Grif, XNUMX torpedo boats of project XNUMX. 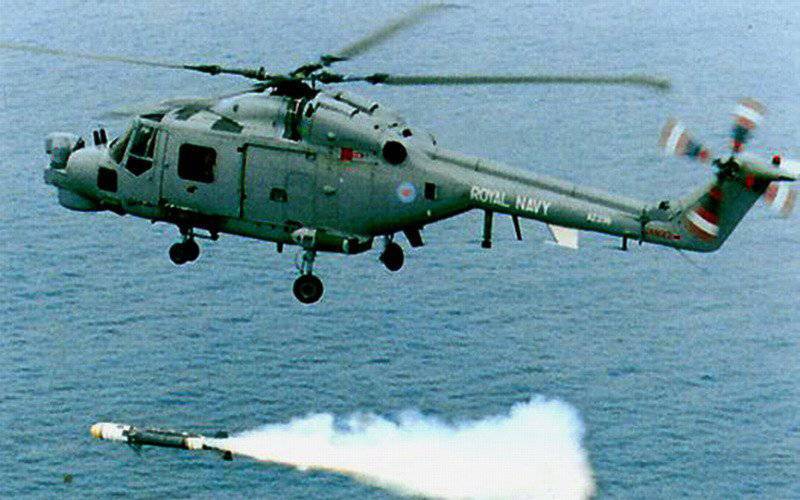 On February 8, 1991, the Iraqi flagship was damaged by U-QMC A-6 "Intruder" fleet training frigate Ibn Marjid (b / n 507) and a rescue ship "Aka" of Yugoslav construction. 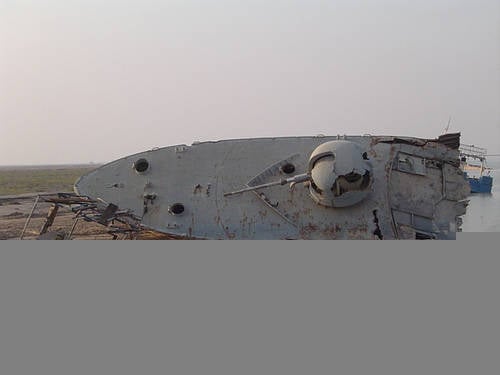 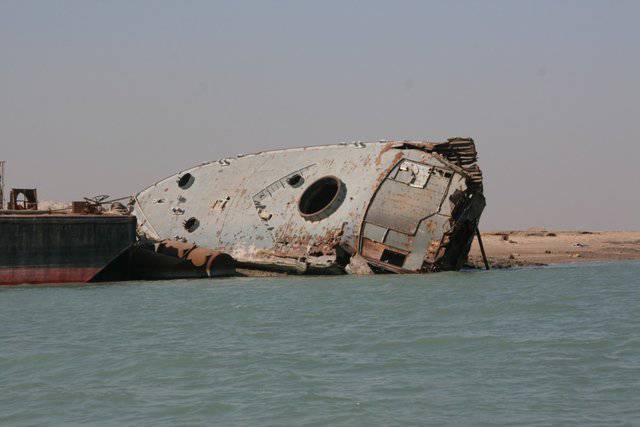 Another destroyed Iraqi boat in Zubayr.

In turn, the Iraqis made only two attempts to strike at the ships of multinational forces. The AM-1 Exocet anti-ship missile, launched by the Mirage F5EQ-39 fighter, was shot down by the English Sea Dart (Sea Dart) air defense system, and the Chinese HY-2 Silkworm, launched from the coast, was removed from the trajectory by coastal anti-ship missiles, which were launched from jammers, which were jammed by jammers from the coastal squadron, which was launched from jammen XI-2 Silkworm. However, the British themselves claim that they managed to bring down the Chinese HY-63 Silkworm anti-ship missiles, and this was the first confirmed interception in a combat situation of an enemy anti-ship missile. The missile was launched from a coastal launcher on the US battleship USS "Missouri" (BB-42), shelling Iraqi troops on the coast. The British destroyer Gloucester of the 96 type (HMS Gloucester, b / n D 90), which was accompanying the battleship, fired the missile XNUMX seconds after launch, firing the Sea Dart anti-aircraft missile at the tail of the flying anti-ship missile and shooting it in the air. 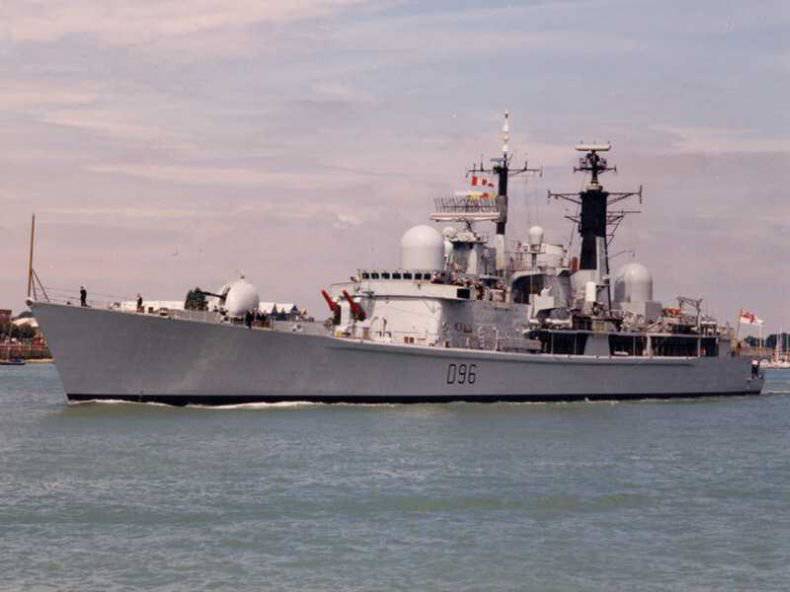 At the same time, the 2 attackers of the coalition ships in the Persian Gulf Iraqi Mirage F1EQ-5 were shot down by Saudi pilot Ayhid Salah el-Shamrani on the American F-15C fighter. 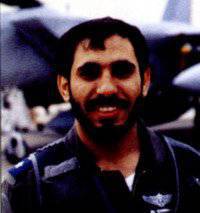 Some Iraqi sailors, following the example of their Air Force colleagues, decided to seek refuge in Iran. For example, the 205 Khazirani missile boat (w / o 15), the Ganda 773 medium landing craft (w / 76) and the 02065 Vortex III border patrol boat went to Iran. Of course, the Iranian Navy was delighted with this “gift from heaven” and immediately included the transferred ships. KFOR "Ganda" received the name "Henshe" in the Iranian Navy and served until the 2000 year, when it was decommissioned and then sunk as a target for exercises. A similar fate befell the Iraqi missile boat of the 205 "Hazirani" project, which served until the start of the two thousandth, until it was written off due to lack of spare parts. I couldn’t track down the fate of the 02065 Whirlwind III border guard patrol boat, it is unknown whether it was included in the Iranian Navy. 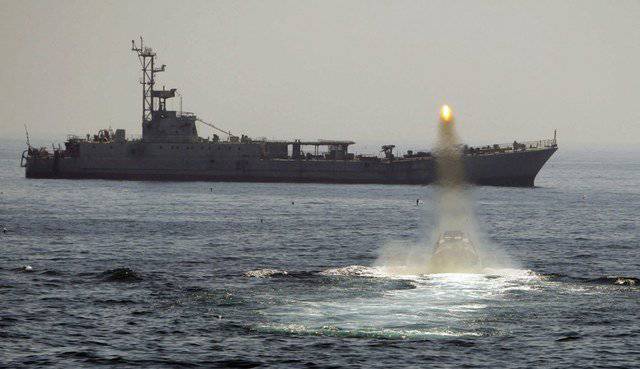 Thus, by February 24, with the start of Operation Saber in the Desert, the Iraqi fleet was completely destroyed.

When 20 March 2003 began the American operation "Freedom to Iraq", the Iraqi Navy could not oppose the Americans. 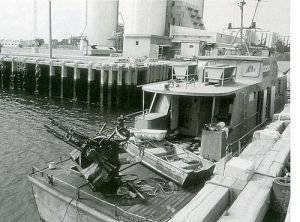