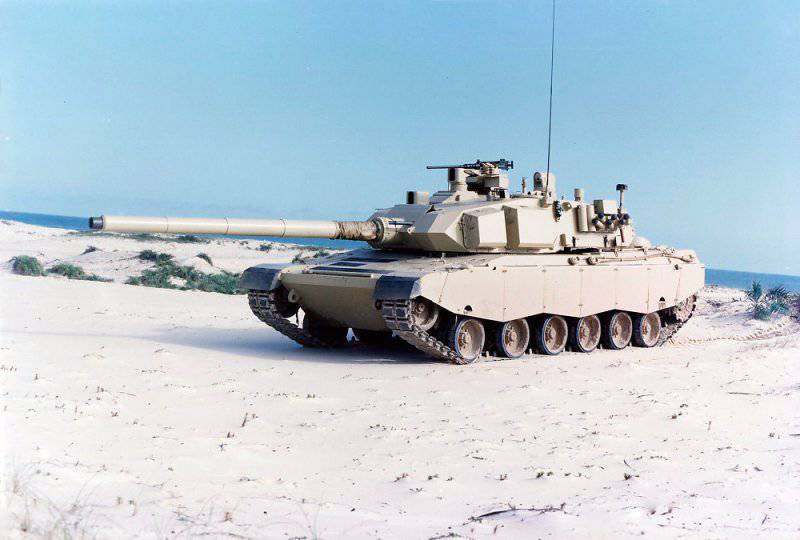 Despite the fact that история tank building in Brazil does not have such deep roots and all experience in this area previously boiled down, as a rule, to attempts to modernize obsolete weapons in service with their own army tanks foreign production, as well as design work on the creation and further manufacture of wheeled armored vehicles, in the early 80s, engineers at Anges decided to take on the ambitious and extremely difficult task of developing the first Brazilian modern tank. In order to slightly simplify the task, and at the same time provide a fairly high level of performance of the latest machine, its design provided for the use of a number of ready-made, already well-developed units and assemblies, namely: turrets with weapons from the British experimental Valiant tank created by Vickers ”, West German automatic transmission and engine. At the same time, the engineers had plans to create two versions of the tank at once: the first, simpler, for providing their own ground forces, the second, more difficult, for export deliveries.

The first prototypes of these two variants were created in 1984 and 1985 respectively. and received the symbol EE-T1 and EE-T2. As it should be, the tanks got their own name - "Osorio" - in honor of the Brazilian national hero, a general who lived in the XIX century. Both tanks were field tested in Saudi Arabia, which indicates an orientation toward the solvent market in the Middle and Near East. After their graduation in 1986g. The mass production of the new medium tank EE-T1 "Osorio", which was mainly intended for export, began. It was planned to release 1200 machines, but of this number, all 150 were intended specifically for the Brazilian army.

The tank EE-T1 "Osorio" traditional layout. The tower and the body have spaced booking, the main frontal parts are made of multi-layered armor according to the English Chobham type. The crew, which is located in the tower, consists of three people: the commander, gunner and loader.

The main armament of the tank is the English 105-mm rifled gun L7A3, as well as the twin machine gun 7,62-mm. As an additional weapon, an 12,7-mm anti-aircraft machine gun was installed in front of the loader's hatch. Ammunition of the tank is 45 shots and 5 thousands of rounds (caliber 7,62 mm). The gun is stabilized in the 2-x hover planes, all drives are electric. As an additional protection, special six-barreled smoke grenade launchers were mounted along the sides of the rear housing of the turret. The sides of the hull, as well as the elements of the undercarriage are protected by armored screens that provide additional protection directly from cumulative ammunition.

The engine compartment of the EE-T1 "Osorio" combat vehicle is located in the rear part of the main hull. It includes West German ZF LSG 3000 automatic transmission and 12-cylinder diesel engine MWM TBD 234, made in one block, which allows replacement in field conditions in 30 minutes.

The chassis of the EE-T1 "Osorio" includes six supporting rollers per side and three supporting rollers, guides and driving wheels. Tracks were used from the West German tank "Leopard-2". On the first, second and sixth support roller are spring shock absorbers. Suspension suspension hydropneumatic. 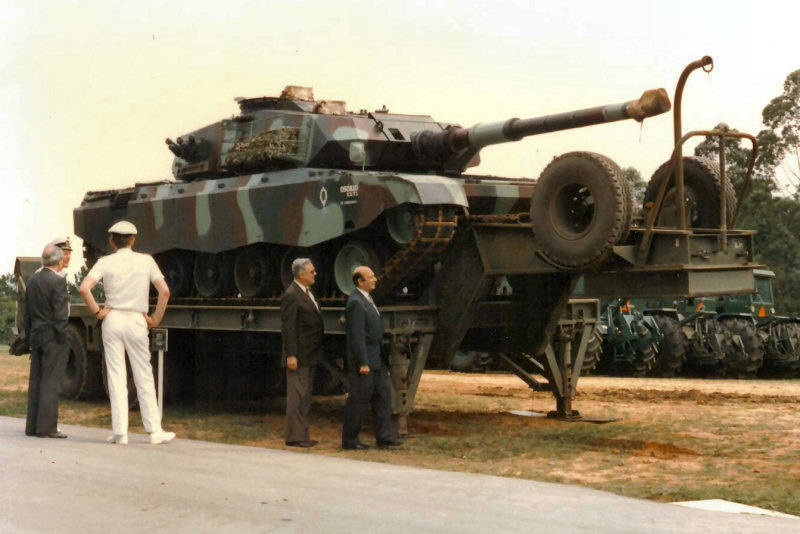 Tank EE-T2 "Osorio" differs from its predecessor, first of all, by the main armament - 120-mm smooth-bore cannon S.1, created by specialists of the French state association JIAT. The fire monitoring and control system includes a panoramic sight of the crew commander VS 580-10 and a periscope sight for the gunner VS 580-19, made by the French company SPFIM. The sights are made with embedded laser rangefinders, which are connected to an electronic ballistic computer. In addition, a panoramic thermal sight with night-vision function UA-9090 from Philips was installed in the turret of the tank, which transmits an image of the terrain to screens placed in front of the commander and the gunner.

Ctrl Enter
Noticed oshЫbku Highlight text and press. Ctrl + Enter
We are
Middle tanks in the postwar period. "432 Object"Wunderwaffe for Pantservaffe. Description of the design of the tank "Mouse"
20 comments
Information
Dear reader, to leave comments on the publication, you must to register.