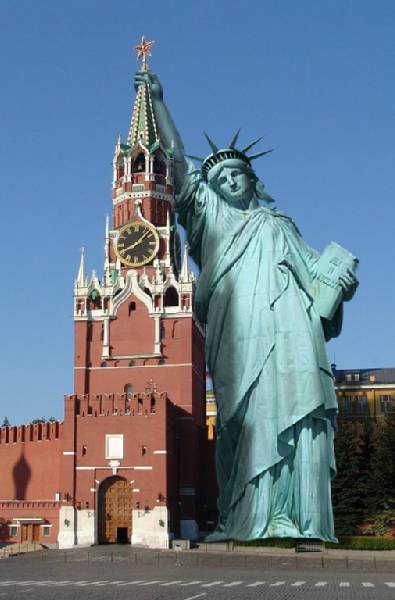 So the expert commented on the resolution on the occupation by Russia of the Georgian territories, which was recently adopted by the US Senate.


Contrary to the fact that last week the US senators were “completely” engaged in fights between the parties on raising the ceiling for US loans (like in Hollywood films, agreed a day before the financial collapse), they were able to gain time for a small default and US-Russian reboot. At the end of last week, the US Upper House of the Congress unanimously announced the adoption of a resolution on Georgia, where Abkhazia and South Ossetia were declared "occupied" by Russia.

It turns out that if Washington’s creation of the list of those who cannot enter the country became a “reset”, then this “anti-occupation revolution” can easily be called an “accurate shot” to this uncontrollable propaganda phantom. Even without looking at the fact that all this is a hackneyed political record, it has not changed its essence throughout all those years, since the emergence of two new countries, in an official document of such a high level for the first time in the whole history sounded the word "occupation."

It is not surprising that the Georgian authorities, who are shaking for the American "masters," such circumstances caused sincere, but that there is a sincere, scheny enthusiasm. The Georgian ambassador to America, Temur Yakobashvili, commented on this event to journalists: "Another important step was taken by our strategic partner." “These documents confirm that territorial integrity is a matter of principle for the Americans,” while Yakobashvili did not even try to hide the feeling of deep satisfaction that the entire Saakashvili team experienced. At the same time, as he noted in his commentary, the word "occupation" was used several times.

Most likely, the ambassador of Georgia (the Georgian authorities insist that their state be named after the American state) refers to the group of people who, with frequent use of the word halva, feel the sweet taste in their mouths more and more. It is immediately obvious that the Senate revolution will be "used for its intended purpose" by the Russian authorities. At the same time, Washington, which is interested in a large number of small geopolitical services from the Moscow side, will close its eyes to its implementation, while not forgetting to occasionally shake the Russophobic skeleton in the closet for the revival of US-Russian trade. Therefore, the only purpose of this opus of US lawmakers is likely to be only an attempt to ban a certain “parade of confessions” for the whole world by the two new republics.

As for Russia's reaction to another anti-Russian document from Washington, it was quite adequate and balanced. After all, on the website of the Ministry of Foreign Affairs it is written in black and white that all these statements about the occupation have no basis. However, such statements are not the most innocuous, they only fuel the revenge-seeking desires that are inherent in Tbilisi’s politicians, and support the reluctance of the Georgian side, respecting each other and talking on equal terms with Tskhinval and Sukhumi.

According to the Foreign Ministry spokesman, the presence in these regions of Russia is by no means an occupation, since the Russian army has never replaced power in either South Ossetia or Abkhazia. Russia did not issue any documents that must be executed by local residents.

Perhaps the only drawback of this well-considered argument was a passive-justifiable reaction to all of this. If the foreign policy body of the Russian Federation had the same fighting spirit as the Kremlin’s diplomacy, then, if we wanted, we could beat the Americans weapons and do compromising evidence against the United States every day, demanding the closure of all NATO’s bases scattered around the world, those that occupy more countries than we did in their declared declaration.

The anti-Russian resolution, which was adopted by the US Senate, was commented in an interview to the media by Pavel Salinin, an expert at the Center for Political Studies. He said that this decision, in one way or another, is part of a huge and difficult to understand game in the triangle "USA - Georgia - Russia". The document adopted by the Senate, lay here more than a year. He was simply held under a political veil and dragged out when he became necessary. And all these ballots on the anti-occupation resolution, when Russia was allegedly involved in the bombings in Georgia, have no connection with Russian-Georgian relations. It is also clear that this is only American-Russian adversary relations.

As X is approaching, which is associated with the electoral transit of the Russian authorities, our elite is especially vulnerable due to the instability of the situation and a number of risks that exist during election time. Therefore, in this period, Washington is greatly increasing the temptation to use this chance. To this end, our elite are beginning to show instruments of influence, so that even if they do not openly play along with the Americans, they at least maintain some neutrality, allowing the White House to implement the most profitable scenario, if this is favored by an election campaign. Interestingly, only the siloviki were on the most notorious “Magnitsky list”. Thus, it can be said that an open attempt is being made to exert a demoralizing pressure on this part of the Russian elite, and to show that "if anything happens", the Americans have influences on them.

Naturally, if the same list of officials who fall under the sanctions would be accepted at the European level, it would be much worse for our elite, since they like to keep assets just in Europe, and not in the USA. But be that as it may, this is a very serious bell. The siloviki who fell into this list are not involved in any way in this once-acclaimed history with Magnitsky. Just in the case of a destructive influence of influence from the outside at the time of the electoral transit of power, it is the security forces who are the very last pillar of the regime (no matter what, the main thing is that they interfere). Therefore, they try to exert a demoralizing effect on them.

Most likely, Washington’s calculation was that such pressure would tear apart the Russian elite. Naturally, they will always have adherents of a tough struggle, and they will snap back to the last moment, while the forces supporting the current President Medvedev will at least keep neutrality. But all the same it was only expectations. In fact, we see that the Russian elite, seeing external pressure on themselves, only rallied. In this regard, we can recall the very violent reaction of the press secretary of our President Medvedev Timakova: "The Americans did not take such hostile steps even during the Cold War." Of course, we all understand that without the permission of the president she could not write such a thing, otherwise she would be threatened with a trial. The Russian elite also demonstrates a strengthened opinion that we can easily give a counter answer.

Probably, if we had developed and adopted our own document as the “Magnitsky list”, then the United States would not be either cold or hot. But Washington would understand that the Russian elite are not giving in to such rude pressure. Therefore, the Americans are trying to pull out all the new and new trump cards, hidden in their sleeves, against Russia. But in reality, they have nowhere to pull them out, because there are not that many such strong arguments against the Russian Federation. The “Georgian Resolution,” which was long held in the US Senate, is the few trumped-up trump cards that exist in the poor arsenal of the White House. And without this, it was clear that the United States would legally maintain its previous status quo in Georgia, which existed 2008 long before August. And unlike the very “Magnitsky list”, which very excited the Russian elite, the position of the Americans in Georgia was expected and predictable.

This circumstance allowed the Russian elite to calm down a bit, because if Washington pulls out so badly-worn cards, it means that they have long ended strong cards. In addition, it has become much harder for Americans to blackmail the elite in Russia. They themselves have problems now nemeryannom - with public debt, with the Chinese and other narrow areas of activity. As for the US-Russian "reset", then in reality it has long been over. This happened when the American people rejected the idea of ​​our President Medvedev about creating a joint missile defense system with the Americans, which would be built on a sectoral basis. Most likely, this meant the end of the "reset".
Ctrl Enter

We are in Yandex Zen
South Ossetia wants to Russia. How will the republic solve the problem of reunification?
New Resolution on Abkhazia and South Ossetia from PACE
4 comments
Information
Dear reader, to leave comments on the publication, you must to register.