October 4 2014
141
Above one of the terminals of the Donetsk airport militia hoisted the flag of Novorossia. About this the commander of the militia with the call sign Motorola told the correspondent LifeNews Seed Pegova. According to Motorola, the Ukrainian security forces and representatives of the “Right Sector” continue to fire from multiple rocket launchers. 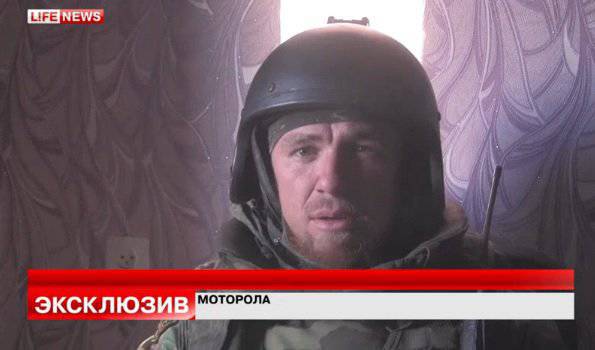 On the page of the "Right Sector" it was reported that on the eve of the loss in this neo-Nazi detachment, located on the territory of Donetsk airport, five people were killed. At the same time, the main emphasis was made not even on the death of the Pravoseks themselves, but on the fact that the captured militiamen, who were kept by ukrosiloviki in the basements of one of the terminals, died during the storming of the airport. The joy of this in the Pravosek surpasses the sadness about the death of their associates.

The militias themselves say that at the airport they discover the bodies of prisoners who have been subjected to sophisticated torture. This, in particular, is about the bodies of three tankers. Teeth were pulled out of people, their bodies were wrapped with wire, with which ukry tied prisoners to tanks and dragged around the airport.

Now Donetsk airport is under the control of the militia. "Russian newspaper" reports that all key positions are occupied in the territory.

We will remind that the European Union threatened Russia with sanctions in case of capture by the militia of the Donetsk airport. Russian Deputy Prime Minister Dmitry Rogozin responded to this statement from the EU representatives. He said that two decades ago, the West also threatened to take measures against Belgrade for what was happening in Bosnia. But Russia is not the Balkans, and the West should not forget about it.- Rogozin said.
Ctrl Enter
Noticed oshЫbku Highlight text and press. Ctrl + Enter
Military Reviewin Yandex News
Military Reviewin Yandex Zen
141 comment
Ad