At the end of September, demonstration firing of a DNL-3 338 LM caliber rifle was carried out at one of the landfills near Moscow.

Time for training was given little - only two days, so it turned out crumpled. Poured some approximate charge. It was not possible to choose the charge by accuracy because of the prevailing weather conditions - penetrating storm winds up to 15 m / s with rain. Therefore, during the show, Lapua factory cartridges were used in the 50: 50 ratio.

Under these conditions, we shot a group of 5 on 420 with a size of about 17cm, based on this, we estimated the ball. coefficient. There was no time to shoot at 1000 - the range of the show - so everyone simply covered the demonstrations until the next morning.

On the day of the show weapons it rained in the morning. The morning began with a creeping fog, limiting visibility to several hundred meters. 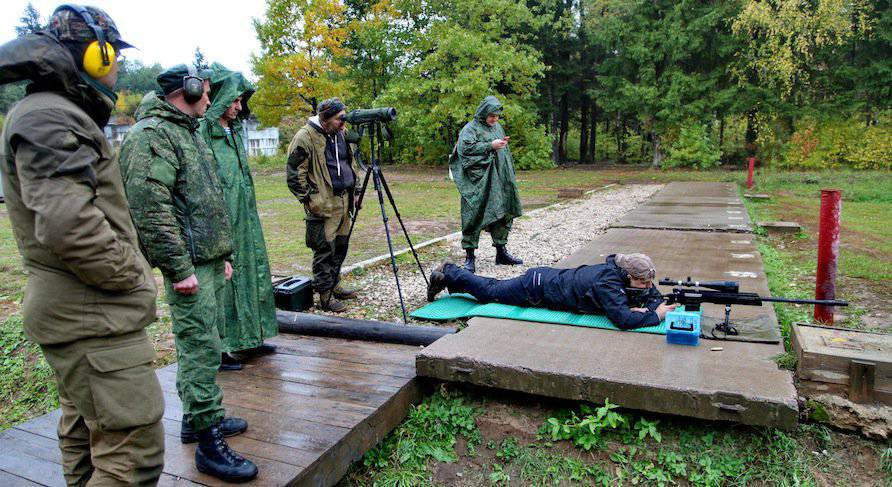 The first target number 4 was set at 500 meters. The group, including the cold shot fallen below, is located slightly to the left of the center. 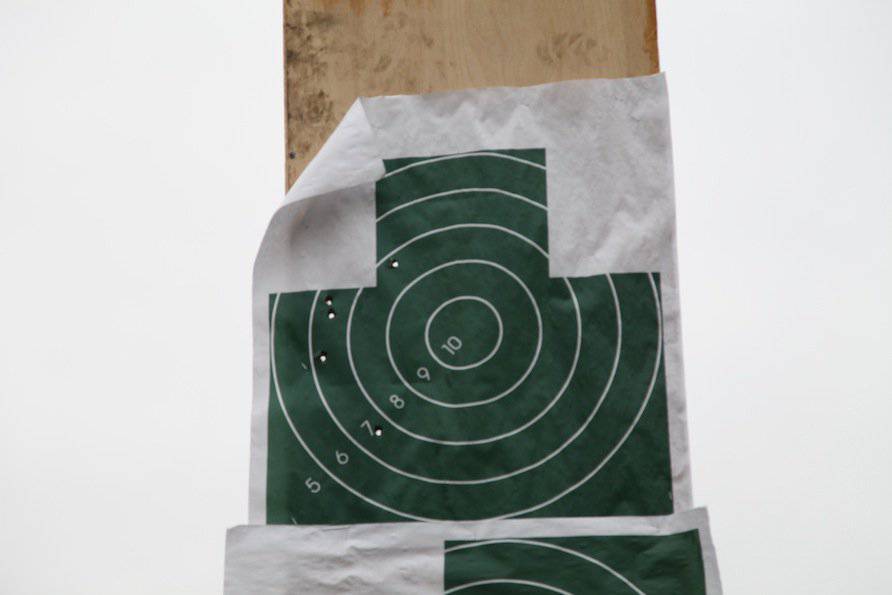 Zero was confirmed, then went to the steel gong on the 1030 m. Gong was poorly observed in optics, also because of the longitudinal bend of the relief was set too high above the ground so that the fountains were not visible. Therefore, it was decided to fix the growth target on the armor shield at a distance of 1110 m - the maximum range of this landfill. The area on both sides of the shield was painted white. 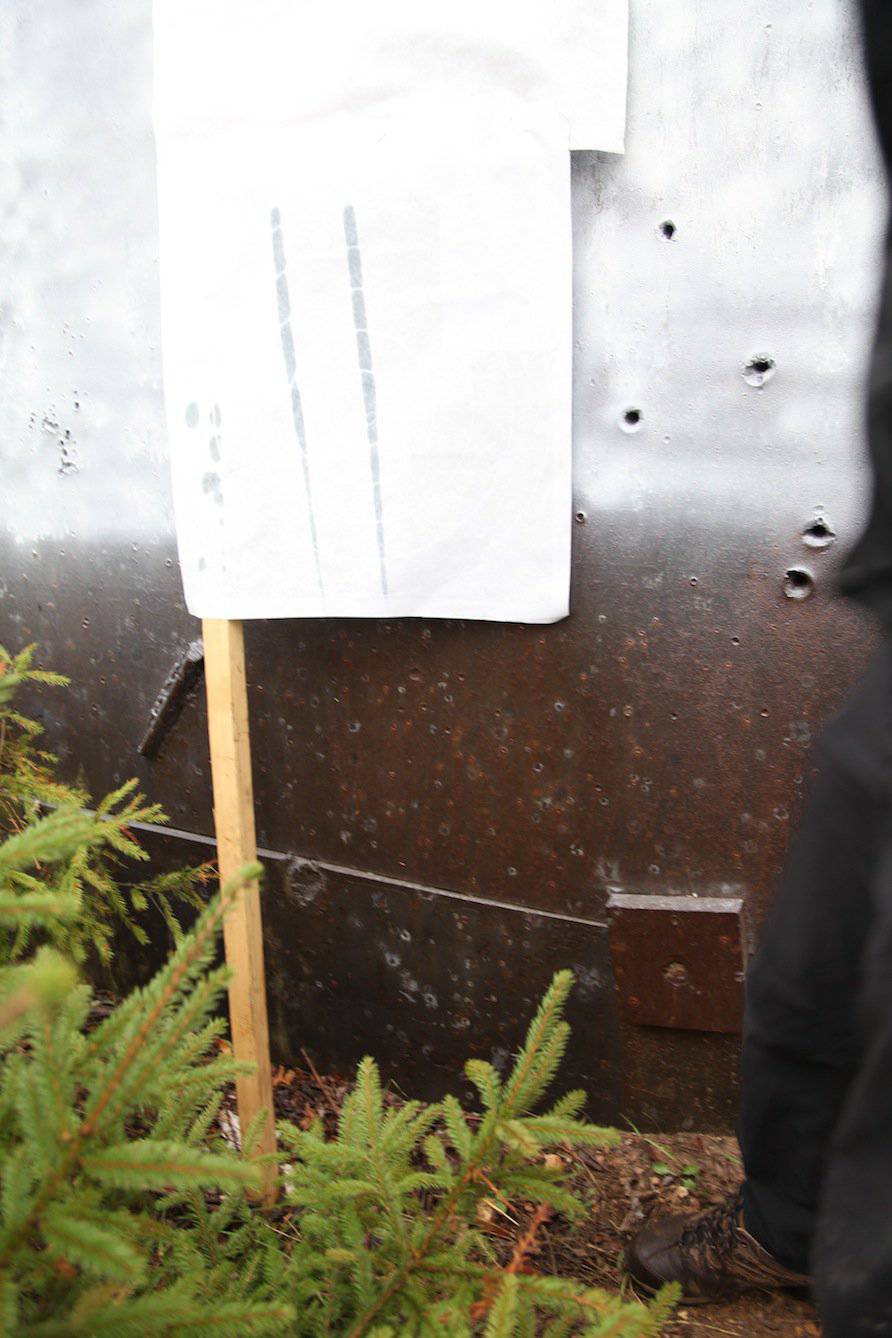 A few shots could not get attached. At first, they thought that they were mistaken in the selection of the BC, but later it turned out that the error was in excess turnover (6 MOA) on Knightforce NF and the shots came a little higher than the shield.

The removal of the 2 is nice down the grid and the problem was solved, and the first shot was carried to the edge of the chest part of the target. The remaining 4 group shots formed a very beautiful, but off-center group (in the photo). The group did not exceed 15. 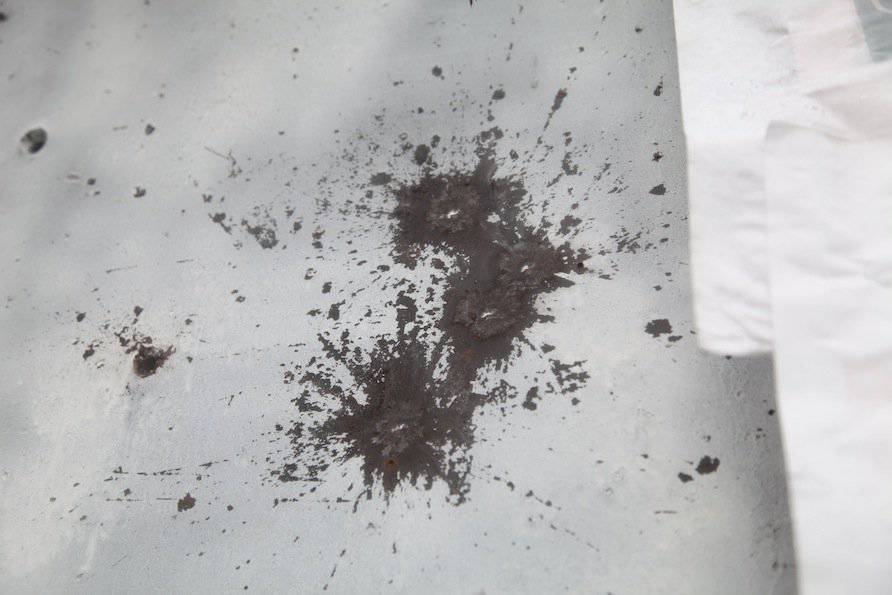 The next group of 5 shots fit in the size of the "six" target number 4. 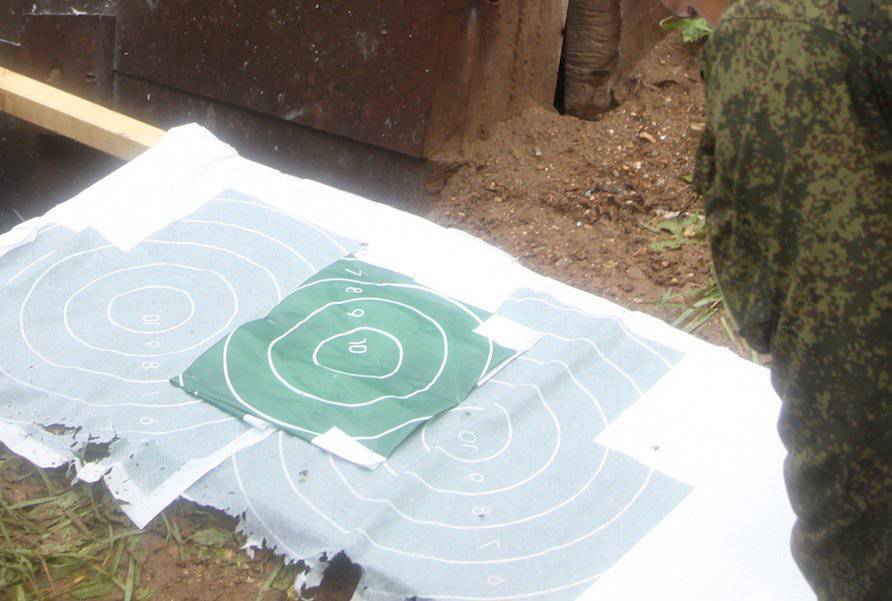 The third group was marked by the subsequent strengthening of the wind, which added a vertical. Four shots fit into the chest target and the 5-th shot at 5 cm went beyond its envelope, dropping slightly below.

Further, the product was tested by officers of the Armed Forces. Almost everyone noted an unusually low return for a given caliber and peculiar sensations when shooting: with the right hold, the DXL-3 rifle hardly leaves the aiming line - a factor that facilitates hit control and quick production of subsequent shots.

The payoff is really so insignificant that a part of the factory accuracy test was carried out without fitting the stock, with the pistol grip held.

Unusual sensations when shooting associated with the original design of the rifle. Its layout is made in such a way that a number of parts are dampers for successive elements of the assembly, creating something similar to the effect of cars in a coupling. In this case, the recoil energy was launched around the butt assembly, isolating the shooter’s shoulder as much as possible, providing not only comfortable recoil, but also the brand accuracy of rifles.

But let's talk about this another time ...