October 4 - Civil Defense Day of the Ministry of Emergency Situations

October 4 2014
19
Every year October 4 in Russia celebrates the Day of the Civil Defense Troops of the Emergencies Ministry. Civil defense (GD) is currently one of the most important functions of any state, an integral part of defense construction and ensuring the safety of its citizens. In recent years, specialized civil defense units of the Russian Federation managed to take part in more than 150 000 rescue operations inside the country, and also provided assistance to citizens of 48 countries of the world.

Today, the civil defense troops of the Russian Federation (hereinafter simply referred to as civil defense troops) are military formations whose main goal is to solve tasks related to civil defense. These formations are used during war to protect the territory of the country and its citizens from the dangers that arise during the conduct of hostilities or as a result of conducting such actions. Civil defense troops are the most prepared and mobile units in the civil defense units of the country, they perform the most time-consuming and difficult tasks to ensure that GO forces and facilities are brought into the lesions, as well as carrying out rescue and other emergency tasks at these outbreaks . The civil defense forces, possessing high maneuverability and readiness, are able to quickly advance to the lesions and be the first to start rescue operations on the spot, both independently and in cooperation with civilian organizations.

October 4 date was not chosen by chance. It was 4 of October 1932 of the year that, according to a decree of the government of the USSR, the all-union system of local anti-aircraft defense of the country (MPVO) was organized, and a provision on a new organization was also established. This structure became the prototype of the future civil defense forces. The first serious test for the MMPO was the Great Patriotic War, during which local air defense units were able to neutralize about 40 thousands of incendiary bombs, and also extinguished 2700 fires, eliminated more than 3 thousands of various major accidents. In those years, a system of protection of the population was created in the country, which ensured the safety of thousands of human lives. 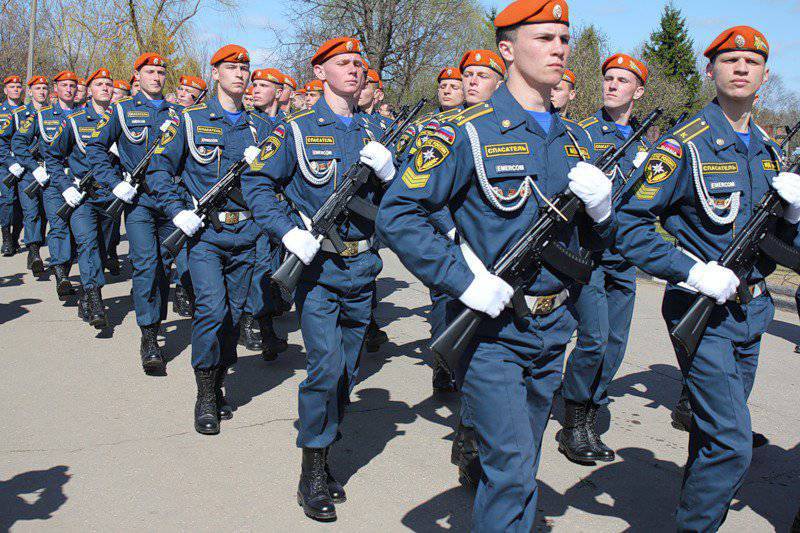 After the end of the war, the MMPO improved in the light of new threats: the proliferation of nuclear, bacteriological and chemical weapons. The tasks of the organization and its structure were revised. In 1961, the MOPO was transformed into the Civil Defense (GO) of the USSR. In the same period, the theoretical foundations for the protection of the population were developed in our country, and a full range of engineering, sanitary and hygienic, anti-epidemic and organizational measures were carried out throughout the country.

Since September 1971, the direct leadership of the civil defense system in our country has been transferred to the military department. 26 April 1986, after the terrible technogenic accident at the Chernobyl nuclear power plant, the civil defense was assigned the task of combating the consequences of man-made and natural disasters. At the beginning of the 1990-s, the USSR State Defense Committee became an integral part of the Unified State System for the Prevention and Liquidation of Emergency Situations (ES). 27 December 1990 was created in the country by the Russian rescue corps. In 1991, under the President of the Russian Federation, the State Committee on Civil Defense, Emergencies and Disaster Relief was organized. In 1993, our country was able to become a full member of the International Civil Defense Organization (ICDO). And next year, on the basis of a presidential decree, the Ministry of Civil Defense, Emergencies and Disaster Relief (EMERCOM of Russia) was established in the Russian Federation.

In recent years, civil defense troops of the Russian Federation have been actively involved in evacuating the population, as well as resolving issues of immediate life support for people, escorting humanitarian aid, localizing and extinguishing large outbreaks of peat and forest fires, restoring various damaged objects and communications, and protecting critical objects. All these are the primary tasks of the GO troops. 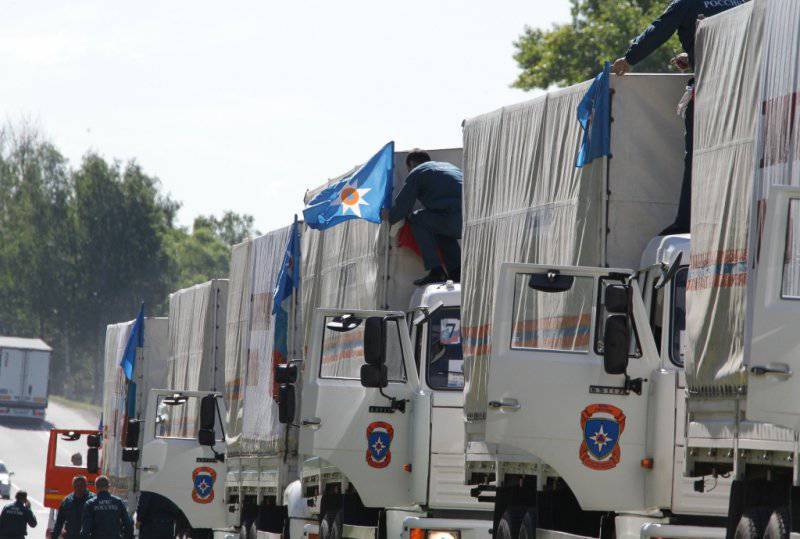 Parts and subdivisions of the civil defense forces were often involved in work in the zone of armed conflicts: in Afghanistan, Tajikistan, Transdniestria, Abkhazia, Yugoslavia, Chechnya, South and North Ossetia. They took responsibility for providing people with food and drinking water, were engaged in evacuating wounded citizens and delivering mail. During the major epidemics, the GO troops, together with the medical staff, more than once carried out the evacuation of patients, organized the delivery of essential items.

It is worth noting that over the past time, Russian civil defense troops have qualitatively transformed. Today, they are armed with the most advanced engineering and special equipment, devices for searching for victims, a rescue tool, as well as means for the livelihood of citizens. The ongoing reform of the civil defense troops will improve their efficiency and mobility, as well as special training, logistics and their management system.

In the past 10 years alone, military rescuers have been involved more than 40 thousands of times to eliminate the consequences of various disasters and accidents. As a result of their operations, they managed to save more than 70 thousands of citizens. That is why October 4 remains a wonderful holiday and a memorable day for all representatives of the civil defense branch of the Russian Federation, who remember their duty and stand on the protection of the Russians and our state.