October 6 2014
6
At dawn aviation many enthusiasts tried to invent an "automatically stable" airplane, that is, one that can fly stably without pilot intervention, independently parrying the effects of wind, turbulence and other atmospheric phenomena. Their search was something like the torment of medieval alchemists, for centuries trying to get a philosopher's stone, an elixir of immortality or a universal solvent alkagest. They only did not last very long, only a few years, until aerodynamic scientists proved that the automatic stability of an airplane, in principle, cannot be achieved without the use of autopilot.

One of those who spent a lot of time and effort searching for the magic aerodynamic scheme of self-stability was the French engineer Joseph Albesar. For some reason, he decided that the concept of a tandem monoplane invented with an additional narrow bearing surface, which would fit the fuselage on top, should have similar properties. In 1913, Albessar built the Balancel airplane with this kind of rounded wings to the side of the fuselage on the beams.

The plane could fly, but its characteristics obviously did not satisfy the creator, because in the same year he began to build a new car of the same scheme, but with ordinary rectangular wings. Albbesar had high hopes for this airplane, called the Airbus, hoping to open a regular and, as it seemed to him, absolutely safe passenger service.
Unlike most of the then “shelves”, the Airbus had a fully enclosed glass cockpit, in which the pilot was located in front, and behind him were comfortable seats for four passengers. A ten-cylinder star-shaped Anzani engine with a rated power of 100 hp was chosen as a power plant, but in fact it developed no more than eighty-five. 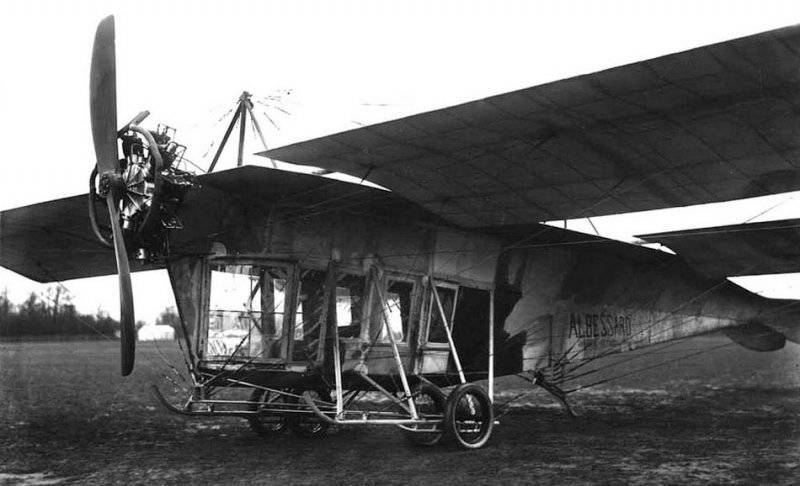 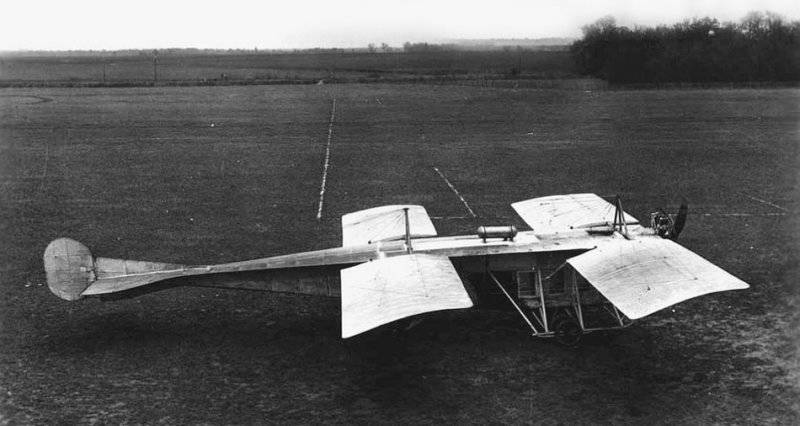 In the 1914 year, shortly before the outbreak of World War I, the aircraft was tested. He flew so stably that the pilots complained of extremely sluggish and "braking" control. In addition, the plane he was very slow and with great difficulty gaining altitude, but here the fault is not the aerodynamic circuit, but the engine, which turned out to be too weak for such a bulky and heavy machine.
But when you stop the engine "Airbus" did not fall into a corkscrew and did not break at the peak, but parachuted smoothly. And if there was a suitable platform downstairs, then he could sit down even without the participation of the pilot. In this regard, the "Albessar scheme" partly justified itself.
Meanwhile, the war made us forget about passenger cars for a long time, and a slow-moving, inert and weakly maneuverable airplane was absolutely unsuitable for combat use. I didn’t know what Albesaer did in the next 10 years, but in the middle of 1920, he decided to return to his idea and built another plane of the same tandem scheme. 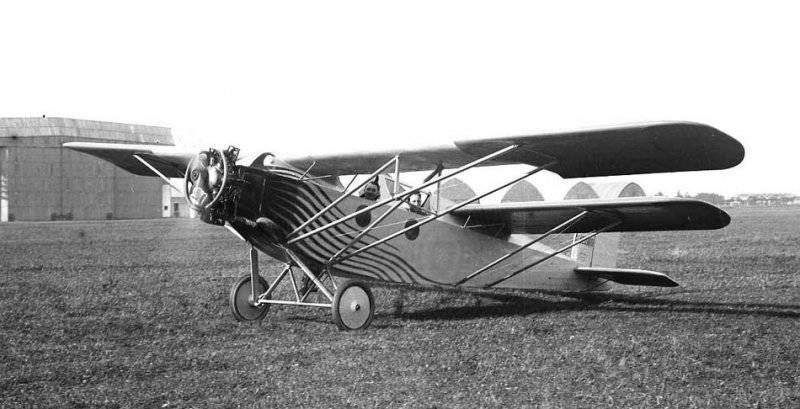 It was a relatively small two-seater car without the “third wing”, flowing around the fuselage. On tests in 1927, she confidently kept herself up in the air, was stable and not subject to spin, but the automatic speech stability was not going, and the sluggishness of the controls and poor maneuverability made themselves felt again. According to some data, Albesar tried to equip the car with a primitive autopilot operating on the principle of a pendulum, but without much success. In the end, having spent all the money and not interested anyone with his apparatus, he finally tied up with aviation, adding to an endless series of failed inventors.