Mistakes and problems of American intelligence

October 6 2014
16
28 September, US President Barack Obama said that US intelligence organizations had the necessary information about the organization "Islamic State", but underestimated it. Earlier, similar statements were made by several high-ranking officials from different structures. As it turned out, the United States had information about the existence and activities of a terrorist organization, but did not see it as a threat. The cost of such an error was the ongoing war in Iraq for several months, during which the army and the population of the country suffer serious losses. In addition, several third countries, including the United States, had to join the fight against the "Islamic state". 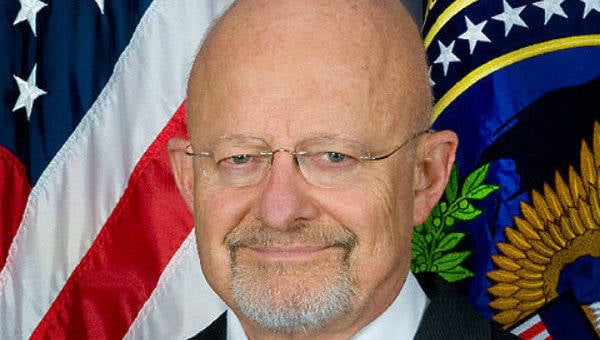 In order to justify the American special services, it should be said that intelligence is not always able to get all the necessary information in time, and analysts sometimes fail to draw the right conclusions and predictions. Nevertheless, despite the objective complexity of the intelligence work, one of the main reasons for the recent events in Iraq is the insufficiently high-quality work of the intelligence agencies of several countries, primarily the United States.

It is not the first time when the US intelligence services make various mistakes that are the cause of numerous disputes or even scandals. Over the past few years, the CIA and other intelligence organizations have repeatedly made mistakes that have serious consequences. All this affects both the reputation of intelligence and the political situation in the country. In addition, some events have influenced or may affect Washington’s relations with other countries.

One of the first major mistakes made recently was the Iraqi scandal weapons mass destruction. 5 February 2003, during a meeting of the UN Security Council, US Secretary of State Colin Powell demonstrated a test tube in which he allegedly was the causative agent of anthrax. This test tube has become one of the evidence that Iraq has bacteriological and other weapons of mass destruction, but carefully hides it from international observers. The evidence provided by the CIA was the reason for NATO’s military invasion of Iraq. It should be noted that the UN Security Council did not approve such an operation.

The search for weapons of mass destruction in Iraq has come to nothing. NATO experts have not been able to find any traces of the existence of such weapons. This история ended in the middle of 2004, when C. Powell admitted mistakes regarding accusations against the old Iraqi authorities. He laid the blame for mistakes on the CIA, which provided inaccurate and erroneous information. The Secretary of State expressed regret, but a full-scale war was already taking place on the territory of Iraq.

In the summer of last year, another scandal occurred, affecting both intelligence and other US intelligence agencies. In early June 2013, the former CIA and NSA officer Edward Snowden conveyed information about several secret projects to the press. Snowden talked about existing surveillance programs. In total, US intelligence agencies could monitor approximately a billion citizens of 60 countries. Telephone tapping and control over the use of various Internet services was conducted. Several large communications companies were involved in the tracking programs.

News about global surveillance became the reason for mass indignations and various accusations against the NSA, the CIA and other American intelligence services. The intelligence services, in turn, responded with accusations of disclosing secret information. In accordance with US laws, Snowden waits for a long prison sentence. In addition, the NSA was forced to change the approach to working with classified information. The existing rules have been made major changes aimed at preserving and not disclosing secret information.

Exposures of Snowden affected not only ordinary citizens, but also the leadership of several states. Thanks to him, it turned out that the US intelligence services had been following the officials of 35 countries for a long time. The overhearing of the leadership of the states led to the corresponding consequences in the form of charges and various statements. For example, information about the observation of German Chancellor Angela Merkel led to the beginning of numerous disputes and some cooling of relations with the United States. In addition, back in August 2013, Germany broke up treaties with the United States and the United Kingdom that allowed them to engage in electronic intelligence on its territory.

At the end of March this year, the American edition of The Wall Street Journal published interesting material about the work of the special services during the Ukrainian crisis. With reference to its sources, the publication claimed that American intelligence could not reveal the plans of the Russian command in time and learned about the events in Crimea only after they began. American intelligence was able to obtain some information about the possible actions of Russia, but further actions of the special services were impossible due to the lack of necessary information.

During all the necessary actions, the Russian troops used closed channels of communication, as well as used other methods of countering the intelligence of third countries. As a result, all assigned tasks were successfully completed, the Crimea joined Russia, and the American special services received important experience and an extra reason for criticism.

As you can see, the CIA and other US intelligence agencies with unenviable regularity make mistakes, beating on their reputation and on the prestige of the country. At the same time several decades ago, the CIA was considered one of the best intelligence agencies in the world, working almost without mistakes. Perhaps, the results of the work and the reputation of the special services were affected by some features of information dissemination. Previously, it was easier for them to hide information about their mistakes, and leaks of classified information had a different scale due to the lack of developed powerful data dissemination structures like the modern Internet.

Nevertheless, it seems that the matter is not only in the simpler dissemination of information. There is reason to believe that the US intelligence organizations really began to work much worse. The reasons for this may be several.

The most obvious version of the causes of these phenomena is a change in the specifics of the work of intelligence. The CIA and other US intelligence organizations were created primarily to work with the likely adversary during the Cold War. As a result, intelligence had strong incentives to work effectively and received adequate funding. The collapse of the Warsaw Pact and the USSR led to a change in the political situation in the world. In particular, there was virtually no need for powerful intelligence structures designed to extract information about the actions of a potential enemy in the person of a superpower and its allies.

The absence of such work, as well as permanent reductions in the end could lead to the most unpleasant consequences. Older intelligence specialists resigned or died, and the “youth” is not able to gain solid experience, similar to what the “old men” had. As a result, the overall performance of the entire structure drops, leading to known incidents.

The collapse of the Soviet Union, which was the main focus of US intelligence, affected its work in a different way. Previously, the main efforts of the CIA and other organizations were focused on the USSR and several of its allies. Interest to a large number of other countries was manifested only when appropriate. Now, the United States does not have a large potential adversary, since the declared fight against international terrorism has several specific features. One of them is the existence of not only a large organization representing a much greater danger in comparison with the others, but also relatively small groups and organizations that are also required to be monitored.

The presence of a large number of potentially dangerous organizations leads to dispersion of far from infinite forces and difficulties with the work and extraction of valuable information. Given the constant change of personnel, this feature of work can significantly degrade the overall efficiency of the special services.

An interesting feature of the work of American intelligence in recent years has become a clear predominance of politics over the study of facts. Now, having a wealth of data on the war in Iraq and the events preceding it, it can be argued that the conflict did not begin because of intelligence, but because of Washington’s political and economic interests. In fact, official Washington made a political decision, and the intelligence officers selected the necessary information confirming the correctness of this decision. True, it later turned out that Iraq had no weapons of mass destruction, which became the official cause of the war, but the US Secretary of State admitted the mistakes and blamed the CIA for them. Apart from these allegations, there were no real consequences of mistakes.

It is quite possible that in addition to the major errors that were the subject of discussion, American intelligence organizations made small and almost imperceptible to the general public. Nevertheless, those and other errors of intelligence officers can have the most serious consequences both for the United States, and for their allies or third countries. The latest events, which received publicity, can speak about certain processes occurring within the CIA and in other similar organizations. All these processes and events have a negative impact on the effectiveness of intelligence and events in the international arena. Whether the American leadership is going to correct the situation in any way is unknown. However, the need for such actions seems to be long overdue.