The operation to rob Russia 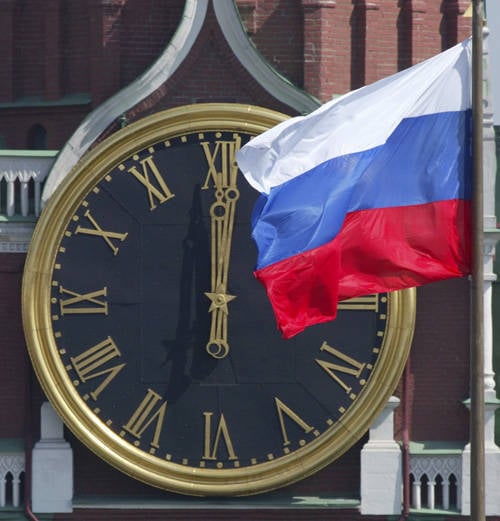 The robbery of Russia in the 90-s of the 20 century and the beginning of the 2000-s is comparable, perhaps, only with the robbery of Russia after the 1917 Revolution of the year, during the subsequent Civil War and the seizure of key posts in the state by appointees of the “financial international”. So, Mikhail Gorbachev, with the financial assistance of the Swiss bank D. Rotshild and the American financial corporations Morgan and Rockefellers (the same clans that participated in the preparation of the collapse of the Russian empire and its subsequent robbery), created the Bank "Public Finance and National Program Lending." On the part of the Soviet Union, MS Gorbachev, R. M. Gorbachev, B. N. Yeltsin, and other important persons responsible for the destruction of the Red Empire entered it.


The implementation of the plan of "privatization" of the property of the Soviet peoples was prevented by the August coup of 1991. But the foreign “friends” of the new Russian elite more than paid back the investments in the collapse of the USSR during the rule of the clan B. Yeltsin (the so-called “Family”). In the "dashing 90-e" of the United States in the face of their economic advisers (there is no doubt that almost all of them were employees of the American special services, and those, as you know, conduct their activities in close alliance with the big capital of the States) provided "help" to our young reformers in reforming Russia, gaining access to the enormous heritage of the USSR. The process of plundering Russia, its peoples went under way. The head of the Privatization Center, B. Gardner, conducted all real estate transactions through Credit Suisse First Boston, this bank is part of the Rothschild monopoly. Just a few years after the death of the Soviet civilization, in 1994, the branch of this bank in Moscow owned shares of Norilsk Nickel, Lukoil, RAO UES of Russia, Rostelecom, Novolipetsk Metallurgical Combine (NLMK), Leningrad Optical Mechanical Association I.Lenina (LOMO OJSC) and other enterprises.

Simultaneously with the plundering, the process of destruction of the economy was started (for a number of reasons not needed by world capital enterprises), so, the adviser of the English parliament D.Ross wrote: “Russia experienced the largest history industrial collapse is actually the deepest collapse of the industrial economy in peacetime that has ever happened in the world. The country's net losses are enormous. ” Therefore, M.Gorbachev was so favored by various Western political and public organizations, receiving a lot of various awards and honorary titles (this is a man whom the majority of Russian citizens consider a traitor and destroyer, whose place is on the defendants' bench, and then the gallows). Including the Nobel Prize (1990 year), the Quadriga Prize with the wording “Dynamism of Hope” (Germany, 2009 year), in Russia - the Order of Honor (2001 year), the Order of St. Andrew the First-Called (2011 year); The Medal of Freedom for 2008 for the year with the phrase “for a courageous role in ending the Cold War” (USA, George Bush Sr. himself presented at a ceremony in Philadelphia).

Also popular in the West and among the Russian “democrats” B. Yeltsin, who pursued his financial and economic policy under the instructions of the international speculator D. Soros. Control over the ruble (the “printing press”, the Central Bank is actually a private shop, working in the interests of a narrow group of persons), and the financial system of the Russian Federation moved to the “financial international”. Millions of Russian people were ravaged (the welfare level achieved in the USSR was lowered), first by hyperinflation, then withdrawing several 0 from monetary values. With this “magic action” the collateral value of Russian deposits, industrial enterprises, banks, etc. It became almost zero and quickly settled in the pockets of Western corporations, banks and their owners, of course, accomplices in Russia also received their own “barrel of jam”.

At the same time, the agriculture of the USSR was destroyed, which in the period of 1985 – 1990 could feed 15% of the planet’s population, not to mention 5% of the planet’s population — the peoples of the USSR. The global agricultural corporations did not need such a competitor, whose products were also not a "plastic", but a natural product. And the population of the Russian Federation was added to the world “food needle” - which immediately affected the health of the Russian people. In the bulk, they began to eat worse both in quantitative and qualitative terms.

In order to hide the traces of financial and economic fraud, the best way is war. Therefore, one of the main reasons for the First Chechen War (1994-1996) was precisely the behind-the-scenes games of the world “financial international” and its assistants in the Russian Federation. While the Russian soldiers and officers shed their blood in this slaughter, the buying up for nothing of enterprises, deposits created by the labor of many generations of Russians, Soviet people, continued. The multi-billion state of “The Family” and other clans involved in the plundering of Russia grew.

People who were able to find the Will in themselves, the courage to speak out against the union of Russia's external and external enemies, suddenly died on this list, General L. Rokhlin, General KP Petrov, V. Ilyukhin, who consistently filed charges of treason against three Presidents of the USSR and the Russian Federation - M. Gorbachev, B. Yeltsin and V. Putin. 10 February 2011 of the year, speaking at the All-Russian Officers' Meeting, V.Ilukhin delivered an accusatory word to V.Putin, stating: “Being in 1998-99 at the head of the FSB of Russia, he (V.V. Putin ) disbanded the management of economic counterintelligence and counterintelligence support of strategic objects. The first one revealed all the most serious economic crimes, the second one did not allow to take away the enterprises that make up the glory of Russia into the ownership of foreigners ”.

“Financial International” has climbed not only into finance and the economy of Russia, but also into such strategic areas as railways, electric power, communications, the military-industrial complex. Russia was in financial bondage with the West, officially Moscow reported that the external debt of the Russian Federation was successfully repaid, but in reality the total debt of financial corporations and Russian banks exceeded half a trillion dollars. Apparently, this is why the financial pig of the Russian Federation is kept abroad as a pledge, and the "democratic" assistants of the West, such as Gref and Kudrin, do not allow it to be used for the development of Russia.

As a result, Russian companies, banks take loans not from their Central Bank, but from foreign banks, under the guarantees of the Central Bank of the Russian Federation, for which, if Russian companies and banks cannot repay, we will be responsible (or rather, we are already responsible - with a constant increase in tariffs for gas, electricity, housing and communal services, rising prices for food, fuel, etc.). As a publicist M. Leontiev correctly noted: “In fact, it is not always foreign money, but often reinvestment of its own companies through offshore companies. That is, the money is first placed on foreign accounts, and then used for reinvestment. Thus, companies hedge their risks, that is, in which case their resources will be in a safe place. ” Through financial speculation, through offshore, scrolling funds several times, with ever-increasing amounts of “virtual” money, which are becoming a real burden for governments.

According to the plans of the “world behind the scenes,” D. Medvedev should complete the operation to solve the “Russian question” - by conducting the second wave of privatization and liberalization, eventually causing a new collapse of Russia, which should bury hopes of revival. One of the elements of this plan is the International Financial Center in Moscow or in the Moscow region, its creation has already begun. There will be placed the centers of the four old enemies of Russia and the Russian people - the Rothschilds, the Rockefellers, the Warburgs and the Schiffs. After that, the Russian Federation plans to dismember at least the 4 parts - the Caucasus, Central Russia, Siberia, and the Far East. But for this it is necessary to finally break the will of the Russian people, most of the media work on it with all their might. The Russian people have already repeatedly thwarted the plans of the architects of the “new world order”, so it will be this time. We will stand and win, because there is simply no other choice ...

We are in Yandex Zen
Rockefeller and Rothschild Big Game - in the light and in the shade
V.B. Pavlenko: “The Great Game” of the Rothschilds and the Rockefellers - Into the Light and In the Shadow
53 comments
Information
Dear reader, to leave comments on the publication, you must to register.