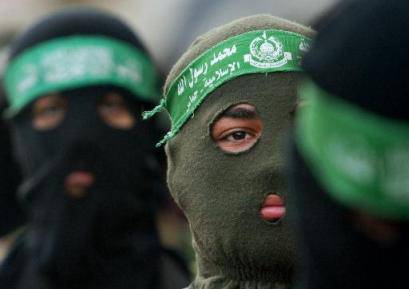 The al-Qaida group has declared Syrian President Bashar al-Assad its enemy. This is another case where the goals of this organization and the United States of America coincide.


It has long been no secret that al-Qaeda was created by Americans to fight the Soviet Union in Afghanistan. The word al-Qaeda itself means Base or Base. The organization was originally a database of payments to specific hired anti-Soviet militants, wrapped in the banner of Islamic radicalism. Base maintenance was entrusted to the scion of the influential Saudi business family, Bin Laden Osama. He was rich enough not to steal out of greed, and fanatic enough to steal from him simply. In fact, his position was accounting. Funds for the activities of the organization came mainly from Saudi Arabia, and the Americans set it off for specific purposes.

After a long and fruitful collaboration, Osama bin Laden fell out with his patron because European and American troops, preparing to expel Saddam Hussein from Kuwait, were based in Saudi Arabia. The holy Islamic land, in his opinion, is not entitled to trample the infidels. In order of revenge, he became the inspiration for several actions against the Americans - for example, attacks of an inflatable boat filled with explosives on the American warship Cole in the port of Aden, as a result of which the ship spent a couple of months in repair.

However, the история The main terrorist attack attributed to al-Qaeda - the attack on the World Trade Center in New York - is littered with such white spots that you can draw almost any version of it. In purely technical terms, the official version is most likely true. The buildings did not seem to collapse from internal explosions, but really from the weakening of the overlap of the upper floors due to overheating. But all the interested persons too diligently turned a blind eye to the flight training of two dozen strange personalities in one aviation school. In any case, Osama bin Laden participated in this business, perhaps, as an advertising symbol, shown by well-trained TV people around the world.

Be that as it may, after deducting several minor conflicts, this terrorist organization strictly chooses as its enemies those whom the Americans consider to be enemies. Let us recall at least that after our departure from Afghanistan, the same militants got into the habit of going first to the Central Asian republics of the Union, and after its collapse - to the North Caucasus.

Relations of the United States of America with a database of their own mercenaries are very little like an irreconcilable contradiction. Rather, they are described by the formula "cute curse - just amuse." Al Qaeda are not pirates attacking anyone. They are more likely corsairs who have received official permission to rob and kill those who are currently at odds with the publisher of permission. With all the tales of an uncompromising fight against terrorists, Americans can still command them "face!" and indicate exactly who "face".

Author:
Natoliy Wasserman Journalist, political consultant, scholar. Born in Odessa 1952.12.09.03.30. Education engineer thermal physics. For more than two decades he worked as a programmer (15 years - as a system programmer). Multiple winner of intellectual games. The most recognizable face of Runet. The author of the live journal awas1952.livejournal.com
Originator:
http://www.odnako.org

We are in Yandex Zen
Devout boy from a good family. Part I
How can Russia survive and win in the 21st century?
2 comments
Information
Dear reader, to leave comments on the publication, you must to register.