Welcome to Britain, a hotbed of hate ideas ('The Observer', UK) 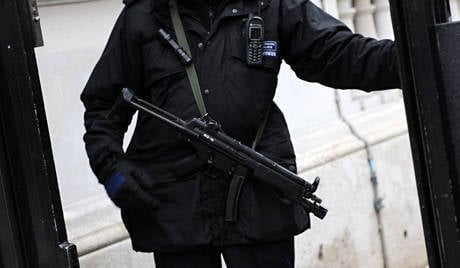 We like to think that we live in a reasonable and just country, however, in practice, we have various forms of extremism flourishing.


The British convince themselves that they abhor extremism. In the 20 century, continental Europe experienced the horrors and devastation caused by fascism and communism, and in Britain there was not a single serious revolution worthy of mention from as early as the 1640s. In France, Marine Le Pen (Marine Le Pen), leader of the National Front, may well become the second in the 2012 presidential election of the year, like her father, who entered the second round of voting in the 2002 year. In Britain, in the local elections this year, the British National Party won only two pitiful places in local councils, and in the 2010 elections of the year Laborites took the only seat in parliament held by the Respect Party of George Galloway, which is an alliance between far left white citizens and right-wing religious Islamists.

The success of the parties of the main political spectrum, the victorious marginal, once again confirmed the established stereotype, which inspires a very optimistic mood. A good old England may not be the most attractive place on our planet, but it is a stable, prudent and, above all, safe country. Meanwhile, despite the fact that extremist parties failed in the elections, as always, Britain became the center of the spread of extremist views in Europe. Moreover, it is so obvious that even before the identity of the terrorist who shot the young men and women who were resting in the youth camp of the Norwegian Workers' Party and the reasons that pushed him to this step, it was possible to speak about the presence of a strong “British” influence. ideology.

The authors of the new exhaustive work “Islamist Terrorism: British Connections” (Islamist Terrorism: The British Connections) told me that in the period between 1993 and 2010 from all suicide bombers who committed their crimes abroad, 43 people, as it turned out, were born, lived or picked up radical views precisely in the UK. It turned out that Anders Breivik, for his part, hated Islam in all its manifestations. Nevertheless, the manifesto he published on the Internet clearly shows that Britain is the source of dissemination of not only radical Islamist, but also neo-fascist ideas.

When I read it, it seemed to me that I was insulting the memory of people who died during the massacre in Norway. No one would ever have mastered this manifesto entirely, if dozens of innocent people had not become victims of the attacks of Breivik. Even his like-minded neo-fascists would hardly have coped with the pseudo-historical interpretation of events outlined in his manifesto, or read to the end 60 pages that Breivik modestly gave an interview with himself, seemingly unaware that the statement “Nobody is ready to talk with me but myself ”gives him a solipsist-loser.

Of course, in all this stories attention is not deserved by Breivik, but by the people he shot, however, those who have enough patience to overcome their disgust and read his statement will understand that he has drawn his ideas in the UK. He writes in English. He uses the English pseudonym - Andrew Berwick - and puts under his manifest the London output. He meets like-minded people in a London pub and hints that the English Defense League is an organization whose views are closest to him, since the members of this movement profess not traditional Nazi anti-Semitism, but agree with Breivik that there is a conspiracy organized by insidious "cultural Marxists", dug in among the European elite, who plotted to destroy the nation-states by flooding them with immigrants, mostly Muslims.

British extremists of any kind have one big advantage - English is the language of communication on the Internet, and those who want to conquer an international audience have to master this language. No one would be surprised at the references to British sources in the Breivik manifesto, if he cited only excerpts from publications that appeared on some marginal sites or in thematic sections of chats.

However, the terrorist did not only listen to the cries of the far-right who were spreading their hatred in the blogosphere. He copied his manifesto abundantly with quotations from articles published in the DailyTelegraph newspaper and other conservative print publications. It was under the influence of the British media, expressing the dominant point of view in the country, and not the marginals writing on the Internet, that the main ideas of his statement were formed. In this statement, readers will find all the necessary “evidence” of the existence of a conspiracy of multiculturalists to transform white Christian Europe into a kind of “Eurasia”, dominated by the Muslim population, in the so-called “Nieser case”, an apparently absurd scandal that serious conservative journalists seem to taken too seriously.

The conspiracy theory began to unfold when Andrew Neather, a former speech writer for Jack Straw, wrote in the London Evening Standard newspaper that Straw and his Labor colleagues allowed mass immigration because, in their opinion, such step could undermine the position of the Tories. “I remember returning from some discussions with a clear feeling that one of the goals of this policy, and perhaps even its main goal, was to push the right nose into cultural diversity and thereby declare all their arguments obsolete.” The point of view of Nieser can hardly be considered fair. By the way, later he partially acknowledged this himself, stating that his views were “turned upside down”. Straw was far from intent on destroying Britain, opening the door to the crowds of migrants. He imposed very stringent restrictions on asylum seekers. As I and other authors have repeatedly written, this has stopped many real refugees who left their homeland out of fear for their lives and who are seeking refuge in our country.

Of course, I’m not at all going to say that it was the British right — neo-fascists or conservatives — and pushed Breivik to commit the attacks, because the psychopath will always find motives for the murder. I just want to draw attention to the fact that neither the left nor the right does not think about what dangerous ideas they express, if only to support the prejudices and prejudices of their supporters. Not only marginalized people, but also the mainstream media ignore Bengalis, Pakistanis, Somalis, and Arabs living in the UK who are trying to earn a living, like all other people, and thereby strengthen the prestige of extremists.

On the other hand, last year, participants in the campaign against neo-fascism “Hope not Hate” wrote a letter to the newspaper DailyStar, a spokesman for the right, complaining that the publication exaggerates the “value of tiny Muslim extremist groups”, risking a "negative reaction among non-Islamic citizens who, in turn, will join the ranks of such movements as the English Defense League and the British National Party". A few weeks later, Muslim liberals and the Quilliam Foundation complained to the Channel 4 television executives, who, in their opinion, represent members of Islamist groups and supporters of the Iranian theocratic regime as “spokespersons for all Muslims” and thus strengthen the existing British society "stereotype of negative attitudes towards Islam."

Right-wing newspapers give out extremists for true representatives of immigrants, because they want to instill fear among their opponents. Liberal media consider themselves to be impudent violators of the foundations, allowing various reactionaries and paranoids to express their opinions in order to revel in the exotic views of their opponents. The motives are different, however, the result is always the same. Demonstrating the frivolity and ignorance of history, which any other European country can hardly boast, neither side thinks about what consequences a public announcement of such “poisonous” ideas can have.

Indeed, why should they think about it? Unlike Norway, which survived the occupation during the Second World War, or other European countries that suffered from fascists or communists in the period between 1939 and 1989, the UK has no such experience. It has never established a dictatorship and did not make a revolution in all of modern history. It is a stable, prudent and safe country, which never ceases to think about what stability is and makes Britain so dangerous.

We are in Yandex Zen
What you didn't want to know about England
How can Russia survive and win in the 21st century?
3 comments
Information
Dear reader, to leave comments on the publication, you must to register.