Egor Kholmogorov: "Why does Echo of Moscow not respond to the news of executions in the Donbass?" 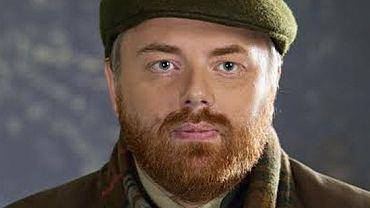 The silence kept by the Russian liberal media about the discovery of mass graves of people killed in the Donbass cannot even be called grave. The coffin, the Trisagion above the coffin, a cross with a well-defined name, perhaps a farewell salute - this is just what the unfortunate victims still need, buried in pieces, with their hands tied, they say, with their internal organs removed.

Well, and most importantly - the investigation of the monstrous atrocity committed against them.

Not. Silence is not death. That silence concealer. Silence partner. Silence underlined, demonstrative and ominous.

I open as pretentious, and so uncomfortable Internet page "Echo of Moscow". What do I see on it? The reasoning of Mr. Aleksashenko that Crimea is too expensive. The promises of Mr. Belkovsky to strangle himself for the sake of the power - which is already there, it is better to immediately explode on the atomic bomb. Next are the arguments of Navalny, who finally turned to the use of the offensive word “padded jacket” as a normal part of his vocabulary (recall that the terms “padded jacket” and “Colorado” were introduced as part of the dehumanization strategy of Donbass residents, which led to mass killings).

And then the reasoning of the “minister” of the internal organs, excuse me, the affairs of Ukraine Mr. Avakov is the constant highlight of the Echo site for the past six months. Avakov teaches radical pogromists who beat deputy Shufrich in Odessa, which is not so direct right away. Lenin to demolish, as in Kharkov, - it's okay. But to beat on the street in broad daylight, in front of everyone, under the cameras ... So the United States and Europe can not stand but turn away.

I agree with the minister. It is necessary to beat quietly at night, without cameras and witnesses. To death. So, as subordinate to him (it was to him, we note), the punitive battalions "Azov" and "Donbass" near Donetsk were killed. Mostly women were killed, after having raped them and looted their homes. Since there is no video, and the victims are not Yulia Tymoshenko’s personal friends, they will not worry much about the United States and Europe, and because of such smallness as the massacres of the civilian population, they will not turn away. Tea, not Srebrenica.

The victims of the killings, the discovery of graves, the initiation of an international investigation of acts of genocide on the Echo of Moscow website are not a word.

However, one news was found.

It is joyfully reported that “the Deputy Prime Minister of the DPR, Andrey Purgin, put the Russian Federation in an awkward position,” explaining that not 400 were found in mass graves, but only 9 bodies, and 400 is the total number of unidentified bodies in the republic’s morgues. Behind all this sounds triumphant: “You see! There are no mass graves! ”The style of the reports, by the way, is one to one in line with the intonation of the Ukrainian media.

By the way, this is a lie. Mr. Purgin clarified information on a single burial. At the mine "Kommunar", where 9 bodies were actually found. However, the punitive battalions found and opened burial grounds in the zone left by the subordinates of the Echo of Moscow author Mr. Avakov are much more. Near the village of Nizhnyaya Krynka, several more of them were found — with a total number of victims (including those with excised guts) around 40.

Those 400 unidentified corpses, as Purgin specified, are also collected from the territory liberated from the Ukrainian forces, so that here we are victims of mass murder, disfigured and decomposed, found in different places.

If Ekho Moskvy were the Ukrainian media, I would not be surprised either by this silence or this lie. Against the background of the Ukrainian counterparts, it looks even, one can say, moderate. There are no stories about the “completely destroyed elite battalion of the Russian marines”, no tales about “a pilot trying to hijack a Su-24 plane to Russia”, or even stories that people who were buried and thrown into mines “shot and bury themselves”.

But here is a mystery - “Echo of Moscow” is not the Ukrainian media. And not even the Russian private media. This radio station is actually on state financing, on financing by the largest state corporation. And what makes them lie, distort, hold back, give the floor to war criminals?

Even in the worst of times, in 1990's, not a single Russian media provided a column for Shamil Basayev in their squares, from which Avakov is absolutely no different. Basayev - if that - was also the official face, at one time even the Chechen Prime Minister.

I am trying to imagine the BBC, giving the word to Heinrich Himmler in 1940, so that he scoured stormtroopers for the fact that they had beaten the wrong person. And the imagination, I confess, refuses.

It is clear that the Russian liberals are extremely not interested in discussing the massacres in the Donbass. Not so long ago, they marched through the center of Moscow with the “Peace March”, representing Ukraine as an innocent victim, children, women and old people killed by punishers as “accidental victims”, and Russia with its (frankly, sluggish and insufficient) attempts to curb punishers — as an aggressor.

And suddenly it turns out that it is not necessary to argue with “snotty humanists” from the patriotic camp, who, as one pretty oppositional lady put it, “decided to poorat about children,” not understanding the beneficence of child-murders for democracy. We will have to argue, for example, with the OSCE, whose experts are now observing the classic signs of extermination policy - mass graves, evidence of massacres and reprisals against civilians.

And behind this, the signs of genocide are becoming increasingly menacing. It is enough to read the Ukrainian authors (including the same Avakov) in order to make it quite obvious: a definite ideology has been formed in Ukraine towards the civilians of Donbass as “subhumans” who can be killed, raped, robbed, humiliated, discriminated, destroyed.

In conjunction with the facts of the policy of extermination, this ideology provides precisely the integral contour of the genocide - the extermination of representatives of a national, racial, religious, regional group only because of its membership and in order to reduce its number. Twice two gives four. The ideology of “anti-patronage” and “burn the Colorado”, multiplied by massacres, open destruction of infrastructure and secret burials, gives precisely genocide.

At the same time, however, we must understand that the genocide is weapon double edged In recent years, a large number of countries in the world have gained independence precisely because acts of genocide have been committed against their peoples — sometimes genuine, as against the people of East Timor and South Sudan, sometimes, frankly, doubtful, as against the people of Kosovo. But one thing remains unchanged - the fact of genocide is a reliable basis for recognizing the impossibility of coexistence of a victim and a punisher in one state, for recognition of independence.

With the discovery of the facts of the genocide, the likelihood of recognizing the Donetsk and Lugansk republics as independent entities increases. However, the “exchange” theme is now extremely popular.

I personally will not mind if, in return for freedom from terror for Donetsk and Lugansk, Russia will give Ukraine the Echo of Moscow.