The United States will continue aerial reconnaissance over China

August 4 2011
8
Today in the world there are two states, the conflict between which will lead to a global catastrophe on the entire planet. We are talking about the United States and China, which are striving for domination in the global economy, and this aspiration is supported by increasing military capabilities. 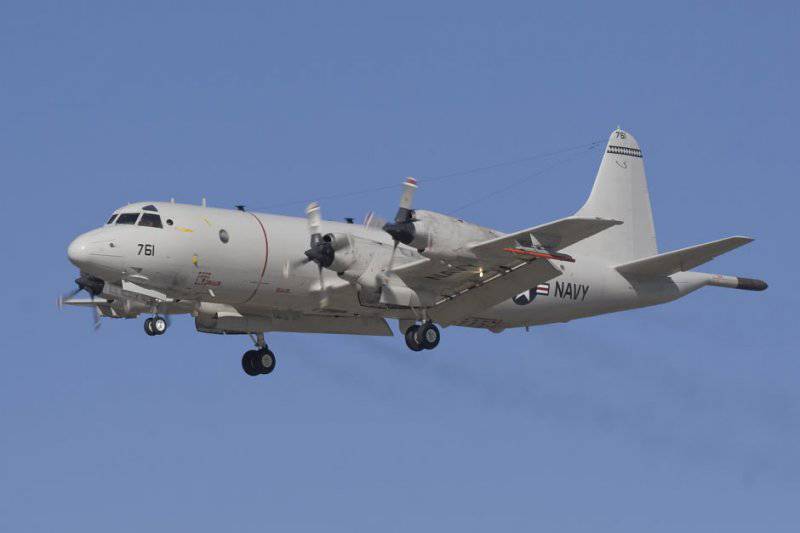 The scandal with the conduct of aerial reconnaissance by the US military over China’s territory has not ceased for more than half a century, but despite the active protests of Beijing, Washington will continue to carry out reconnaissance flights. This was openly announced by Admiral Michael Mullen, the head of the Joint Committee, the head of the headquarters of the American army. Thus, he commented on the incident that occurred on 29 in June of this year, when two Su-27 Chinese Air Force fighters pursued a US spy plane that had invaded their state airspace and violated the air border with neighboring Taiwan themselves.

Recently, Chinese Air Force fighters are increasingly flying out to intercept American spy planes. And ten years ago, 1 on April 2001 of the year during the interception of an air spy occurred a rather serious incident, during which the Chinese interceptor of the J-8IIM fighter died, and the wounded American EP-3E was forced to make an emergency landing on the territory of the Chinese Hainan Island.

The most surprising thing was that the Americans themselves were indignant at that moment, who expressed indignation at the fact that the Chinese side was delaying with all its might the return of the US Air Force spy plane and its crew. According to US experts, this was due to the fact that the Chinese took advantage of this time with a certain benefit for themselves (copied all the details of their military aircraft).

Regarding the last conflict, Michael Mullen said the following: "The PRC wants us to stop reconnaissance flights ... We will not take this step, since for us they are very important." And, despite the fact that later his authorized official expressed a clarification that, they say, his “boss was not so understood”, that allegedly he meant not to fly over China, but to conduct aerial reconnaissance in the region in general, in the Celestial Statement Admiral of the United States regarded only as a "Freudian reservation."

However, for modern China, this old problem remains relevant from the very beginning of the creation of the People’s Republic of China. The first reconnaissance flights of American spy planes over the territory of Communist China began at the very beginning of 1951, literally right after the defeat of the army of the American ally of the Chinese marshal Chiang Kai-shek. Especially they intensified in connection with the start of the implementation of the PRC nuclear program.

About how important for the United States are reconnaissance flights over the territory of China, once again confirms the statement made 2 a year ago by the former head of Kyrgyzstan Askar Akayev, who explained his overthrow by the intrigues of the United States. According to him, Washington personally appealed to him with a request to issue permission for an emergency landing at the Manas Air Force base of the spy plane. He refused, citing that he could not be used for an operation in neighboring Afghanistan and that he did not want to complicate relations with a friendly Beijing. As Askar Akayev put it, the Americans needed a high-altitude spy plane at a military base in Kyrgyzstan to conduct air reconnaissance over Western China, "our beloved PRC neighbor has a very sore point that we should not attack. It was a challenge in Washington ".

What is the reason for such a "special" attention to China, threatening to exacerbate relations? In the past 15 years, China has been upgrading its own air defense system in accordance with the overall strengthening of the armed forces. It’s not to be excluded that with the help of such flights the Americans are counting on revealing the nature of the changes that have been made recently. Now the Celestial Empire significantly increases its military arsenal, this applies not only to air defense, the Navy, the Air Force, but also the main strategic forces. Beijing refuses to talk with Washington about reducing its own nuclear arsenal. Moreover, he is actively pursuing its improvement in the direction of increasing quantitative indicators on warheads and missiles and increasing the range of intercontinental ballistic missiles.

For this reason, the United States pays considerable attention to all that is carried out at China’s nuclear facilities. Along the way, Beijing is starting to build its own missile defense system. And all this is being done against the background of an obvious increase in the activity of the Celestial Empire in all regions of the world that are strategically significant from the point of view of Washington, including in the Indian Ocean. And with the further economic growth of China, its relations with the United States will be aggravated gradually, but with a tendency of growth.
Ctrl Enter

We are in Yandex Zen
Military reform as an integral part of the security concept of the Russian Federation: Systematic dynamic assessment
Russia is unlikely to avoid China’s expansion in one form or another.
8 comments
Information
Dear reader, to leave comments on the publication, you must to register.