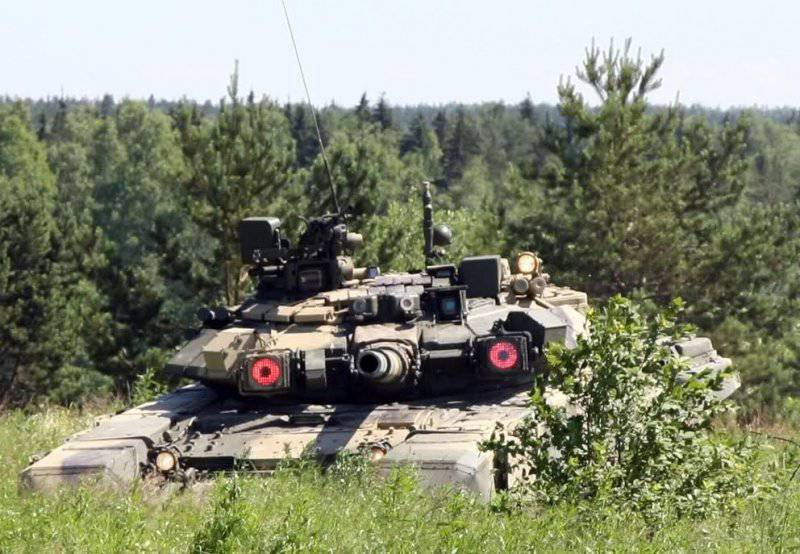 Not so long ago, in the foreign edition, Defense Revue published a frankly biased rating, where the American tank Abrams was named “the best model of armored vehicles in stories all of humanity. " Americans are always cunning. Our T-90 tank in almost all characteristics is not inferior to, but even much superior to the "star-striped" enemy, primarily in terms of body protection tank.

The invulnerability of the tank on the field depends on how strong his armor. On the T-90, the case was enhanced with a new built-in dynamic protection. Americans add depleted uranium to the armor of their tanks, and this is extremely harmful to the health of people inside it, which still does not save them on the battlefield.

“As the Americans assure,” said Colonel Sergei Suvorov, a researcher at the tank museum in Kubinka, “the frontal armor of their tank was able to prove its reliability during the hostilities in Iraq, when it withstood the exact hit of the old Soviet one hundred and twenty-five millimeter shells. However, they do not say that these munitions were removed from service in the USSR back in the distant 1973 year. The newest shells against Abrams in Iraq have not been used, since Saddam Hussein did not have such weapons in the army’s arsenal. ”

But in our T-90 such shot. This took place at the Uralvagonzavod testing ground in Nizhny Tagil, where tanks are being made. They bombarded it with the latest projectiles, similar in power to the latest ammunition used in the Abrams. At a distance of two hundred meters 6 shots were fired at the tank. After this, the "shot" T-90 tank successfully reached the necessary test site on its turn, where the tests were continued.

Now she was subjected to fire on board the tank. The fire led from new grenade launchers using advanced technologies. The result was predictable: only protective shields were damaged on the armor. At the same time, according to experts, during the clashes in Iraq in 2003, the boards of the Abrams easily penetrated from the Soviet-made RPG-7, even the very first samples of grenades. 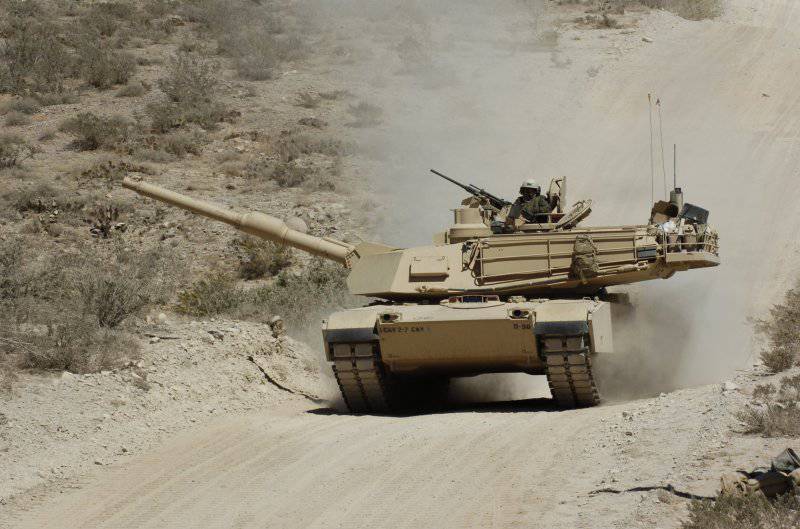 “Also in Iraq, another major weakness of the Abrams was revealed - the external power plant of tanks (APU), which ensures the operation of all electronic equipment while the engine is muffled,” the colonel said. - In the American tank, this system was brought out, so it can easily be damaged from any large-caliber weapons, while the tank will instantly go blind. And on our tank, the APU is installed inside the main armor, and nothing is scary to it. ”

By the way, the T-90 tank, even in the minimum version, is equipped with the optical-electronic “Shtor” suppression system. This smartest system easily leads an enemy missile flying toward a tank aside. The American tank does not have such a miracle. Therefore, experts think, in a duel, the Abrams will most likely not be able to resist the T-90 guided missile, which is launched through the barrel. Thanks to these smart rockets, our T-90 has the title of “longest-handed tank” in the world. The average range of a tank shot is five kilometers, and its accuracy is almost absolute. Moreover, the gunner T-90 does not necessarily have any professional shooting skills.

But, nevertheless, in battle, the tank needs to destroy not only the enemy's armored force, but also manpower that is dangerous for tanks. That is, the calculations of ATGM and grenade throwers. And in this T-90 also greatly exceeds Abrams. The combat kit of our T-90 includes fragmentation shrapnel shells specially designed for it with the possibility of remote detonation. They can be undermined over the heads of enemies. Even Abrams has no similar ammunition.

For a long time it was believed that the electronic filling and optics of our tanks, compared with the west, to put it mildly, not very. There is some truth in this. But now the gap is completely destroyed, - says Sergey Suvorov. For example, the fire control complex of our tank is in no way inferior to its American counterparts. In addition, the Russian tank holds the world record for firing speed and accuracy.

So, at one of the foreign demonstrations, the gunner of our tank for 54 seconds hit seven targets, which were at a distance of one and a half to two and a half kilometers. At the same time he shot on the move, at a speed of thirty-five kilometers per hour. Past achievements belonged to the German "Leopard-2". Under the same conditions, he hit one less goal. Americans have a much lower figure.

Do not compare our equipment and the American patency. Tankers even laughed at the Abu Dhabi exhibition. On the demonstration run, the American tank simply lost the caterpillar. And it was just a training ground! To us, no off-road is scary. Once at the Malaysian trials, our tank overcame the entire route, although the other competitors did not reach the finish line. Malaysian military, who laid the route, were one hundred percent sure that no tank will not overcome it. But the T-90 easily moved around the area where the rest were stuck.

The only time that a breakdown occurred was in the Thar desert with 50 degree heat. At first the engine began to boil, and soon the car stopped altogether. Hindus wanted to send a special tractor for evacuation. But they were told: "No, thank you, we ourselves, somehow." With the help of two trees and a strong cable, the crew pulled the engine out of the tank, repaired it and installed it back into the tank, continuing movement. All repairs took on the strength of three hours. Later, they confessed that they had done this on purpose to show how quickly our tank is being repaired.

As a result of these tests, there was a contract for the supply of our T-90 to India. The Indians called our tank, the second shield of deterrence after a nuclear bomb. About American tanks, no one will say that.

Experts from Sweden modeled an artificial battle of our tank against an American one. The result was predictable, the chance to survive at Abrams was just 36%. Fortunately for him it was just a virtual battle.

Our tanks are equipped with a modular type dynamic protection system, "Relic". In action, this innovation will show itself at the exhibition of military equipment in Nizhny Tagil from the eighth to the twelfth of September.

The basis of the protective complex was the newest element of the dynamic protection 4С23, which continued the line of the EHD of the developments of the Scientific Research Institute of Steel. In this element DZ was used a completely new composition of explosive substances, effectively working against armor-piercing, cumulative, as well as tandem ammunition. The new EDS is effective, as in high-speed projectiles, and low-speed ones.

Now the complex "Relic" has no analogues anywhere. It can be installed absolutely on any tank, thereby increasing their anti-cumulative resistance at least 2 times, and at least 1.5 times the anti-rigging. The complex weighs tons of tons.

But as “NII Steel” says, this complex has long passed a stage and soon there will appear fundamentally new developments that do not use explosives. They will use the latest energy compounds, which are many times safer and more effective than explosives. ”

We are in Yandex Zen
Armor is strong and our tanks are fast
6-I tank brigade. Technique and training
85 comments
Information
Dear reader, to leave comments on the publication, you must to register.