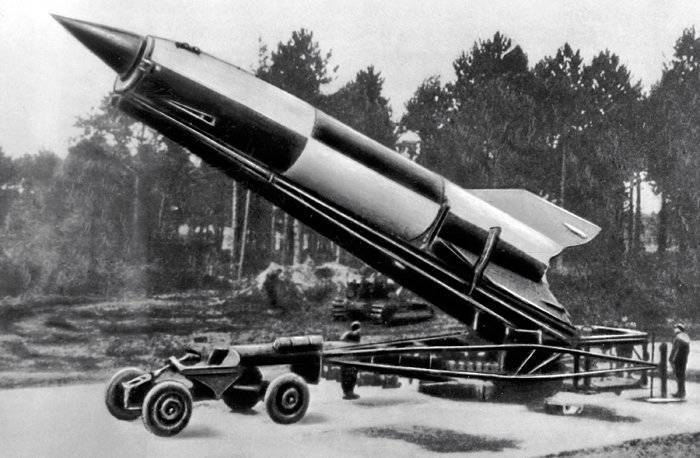 On October 1, 1941, the first lend-lease protocol was signed between the USA and the USSR, which received assistance from America in tanks, aircraft, fuel, food and other materials. However, American companies generously supplied all of this to their own enemies, Germany. Business and nothing personal.

Some American companies, in fact, supplied fuel and weapons to both the Nazis and their own belligerent army. It would seem, why should the fascists be supplied with everything they need? In fact, this demarche is explained very simply: Germany paid a lot more.
Moreover, not a single German shell fell on the territory of America itself. But if this shell is designed for someone else, even for an ally, England, that's okay - this is not the United States. Apparently, it was decided by the International Telephone and Telegraph Corporation (ITT) and they have adjusted the supply of components and even entire ready-made units for Fau missiles. And they, as you know, the Germans bombed London. Such cynicism and greed cannot but amaze.

What cannot be bought for big money can be bought for very big money. Politicians who turned a blind eye were also bought, in particular, on the big contract of the same ITT with the Nazi government at the time when America was already at war with it. According to the contract, ITT faithfully supplied Germany with special communication equipment, high-frequency equipment, selenium rectifiers, fuses for artillery shells (30.000 every month), radar equipment, telephone sets, switches and many, many others.
It is known that the automobile magnate Henry Ford was sympathetic to Hitler and even before the Second World War he invested a huge fortune in the economy of fascist Germany. And already in 1940, his plants began mass production of five-ton trucks for the Nazis. Ford’s factory in Europe also worked at all its capacities, supplying fascists with cars for various purposes, tires, aviation engines, auto parts and much more. At the same time, the production of engines for cars for the British was reduced. And the release of aircraft engines for the English "Spitfire" and "Hurricanes" is generally discontinued.

Not less "moral" people headed the IBM company, which supplied computers and calculating machines, spare parts for them and special paper for ... concentration camps. Apparently, that the contingent of death camps replenished, the Americans increased the supply of vehicles that helped the Nazis quickly calculate the population of those countries where the Wehrmacht’s boots had already set foot, and to identify those under arrest. This was done by cross-sectional and comparative analysis - the method allowed identifying Jews who had concealed their nationality for more than one generation. After the war, Aybiem people for a long time fought off the Holocaust victims in court, demanding compensation. However, there was something to pay: during the war, the company's capital had tripled.

The enormity of the situation lies in the fact that this capital accounted for the profit obtained after the "investment" in this "concentration camp" business. After all, it was precisely the gold extracted from crowns, cigarette cases, watches and other things taken from prisoners that the fascists paid to American suppliers - and the total amount of such “mining” amounted to almost 400 million dollars in gold.

And the Germans paid generously. For example, the company Standard Oil, which supplied Germany with millions of barrels of oil. In the Canary Islands, a refueling base for German submarines was arranged. In addition, this corporation owned a patent for tetraethyl, which was part of the fuel for aircraft. And the payment of, say, the British Air Force patent fees for it actually meant refueling the German aircraft that bombed the capital of Albion.

Moreover, Standard Oil, which supplied the fascists with large quantities of oil than their own army, in the year 1942 generally went to a sharp reduction in methanol supplies to the United States. A scandal broke out. After all, it was about such components as acetic acid (they make explosives based on it), fuel and lubricants, synthetic rubber, etc. At the height of the war, the Rockefellers who owned the company delivered a huge batch of cotton through front companies to the Nazis ) from which the powder is produced. And also 10.000 tons of explosives. But all this is so lacking in both America itself and the Red Army, which was suffocating without Lend-Lease's help.