The current status of the program F-35 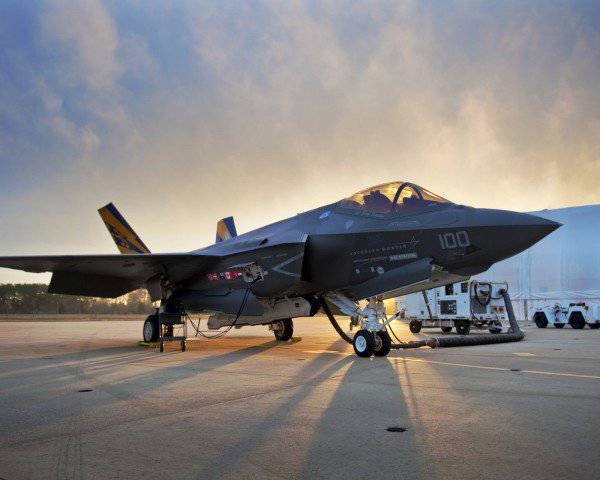 Internet resource DefenseNews. com published information on the progress of the F-35 Lightning II program, presented by Lockheed Martin Executive Vice President and part-time director of the F-35 program through lead executive Lorra Martin at the international Air Force Association Space and Space Conference . The presentation allows you to assess how fast the program is progressing and at what stage it is.

1. The network implementation schedule for the F-35 program (optimistic version) as of September 10 2014. 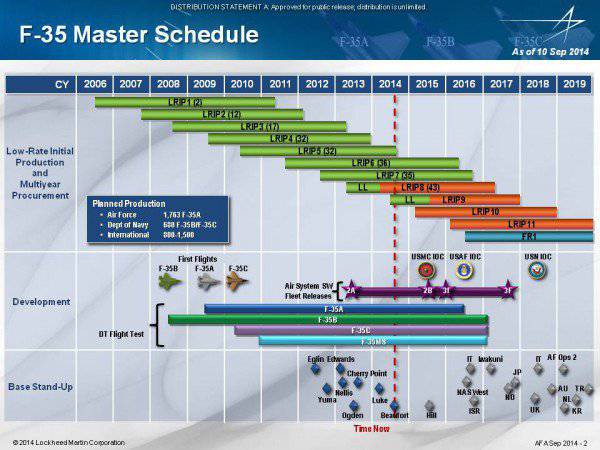 The program of small-scale production:

From the second half of 2016, the transition to large-scale production.

The program of re-equipment of the air bases (avb) of the Air Force, Navy and USMC:

The program of re-equipment of aviation units of foreign customers:

There are two threats to the failure of this schedule - short-term and long-term. The short term refers to the delays associated with the flight ban imposed in July following a fire aboard one of the experienced F-35As. According to the head of the program for the US Department of Defense, Lieutenant General Christopher Bogdan (Christopher Bogdan), in order for the program not to shift, it is necessary to resume test flights by the end of this month. F-35 engine manufacturer Pratt & Whitney, as previously reported, has found a solution to the problem and is expected to present it soon.

The long-term risks are primarily associated with a possible sequestration of the budget and the associated reduction in the amount of funding for the program. So far, the program has not been affected by budget wars. However, according to General Bogdan, "there are no guarantees that this will continue." A significant reduction in the program budget, or even worse, a reduction in orders or a complete withdrawal from the program of partner countries will inevitably lead to a shift in the schedule to the right. However, while the leadership of the Pentagon, apparently, intends to continue to protect the program F-35 from budget cuts. 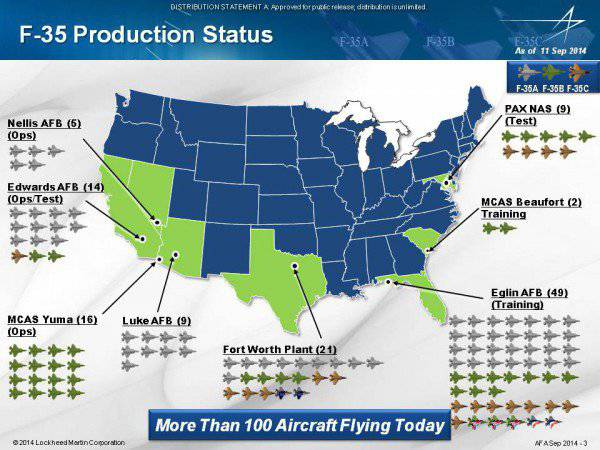 Total delivered from the current production of different types of X-NUMX flight models F-125. All cars are in the United States.

3. The main stages of the program are scheduled for 2014 year. 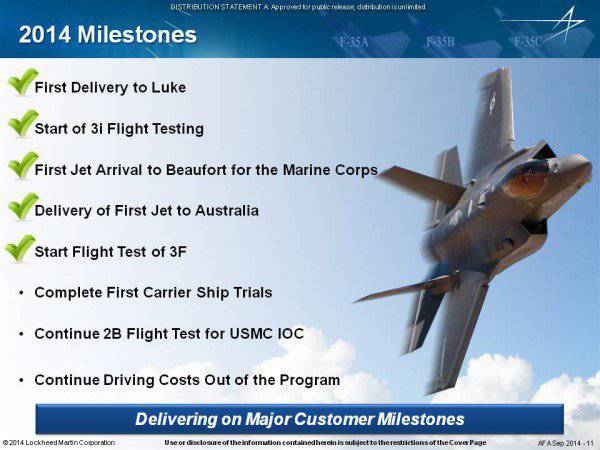 Critics of the program point out that it is not easy to maintain the network schedule and the deadlines may move again at any time, because the program is seriously lagging behind the initial target dates, and the cost of it has increased significantly compared to the initial data. Also, there is a healthy skepticism regarding the number of aircraft planned for production: while the Pentagon is already thinking about the project of a promising next-generation fighter, declared by the US military to purchase the number of F-35 Lightning II fighters (over 2400) does not look very real.