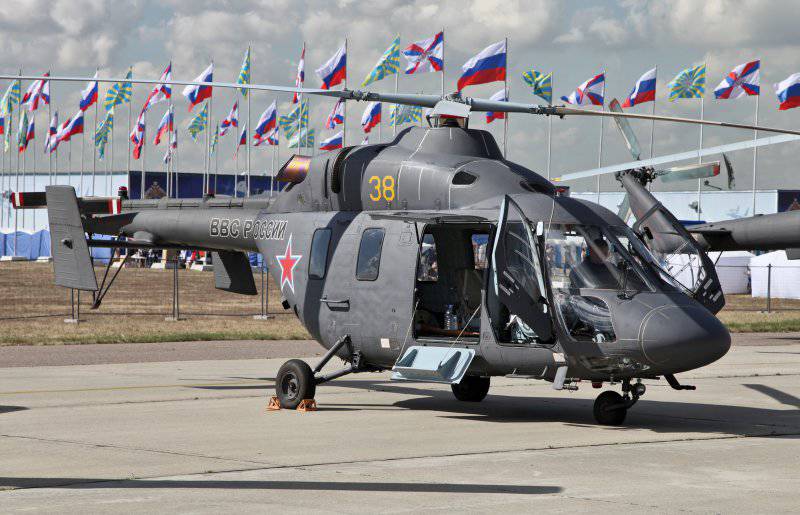 Developed in Kazan "Ansat" were adopted in the version of the training machines. More recently, they were only in trial operation, now they were trained future helicopter pilots.

“According to the flight plan, each cadet was supposed to fly on a new 45 helicopter for hours. On average, each cadet had more than 130 departures, and the average flight exceeded 47 hours. The total raid over the period of study was 1390 hours, ”the press release says.

Training commanderaviation Sergey Spiridonov praised the helicopter for the group: “Ansat-U is a maneuverable, fast and easily controlled machine. “The steering sensitivity, electronic displays familiar to young people helped to master new equipment in a short time and to complete flight training with the highest possible score.”

“In November of this year, it is expected to supply six more new cars of this type to the Air Force Training Center. Next year, piloting at Ansat-U should take place on 57 cadets, and in 2016, around 300 students, ”the press service noted.

It is reported that "light helicopters" Ansat "will be used not only as a training or combat vehicles. They have a good perspective on the civilian market of helicopters both in Russia and abroad. ” It is worth noting that in the civilian version, developers have applied technologies previously used only in military vehicles.

“While working on the Ansat helicopter with an electrodynamic control system (EDSU), we were somewhat ahead of our time and faced difficulties in applying this innovative technology in the civilian version of the helicopter. In no country in the world have civil helicopters with EDSU yet been certified, and there are no basic requirements for them in world practice. ”- said the general director of Kazan enterprise Vadim Ligay. - However, thanks to the cooperation with the Ministry of Defense of Russia and close work with the flight crew of the Air Force during the trial and planned operation of the Ansat-U helicopter, a significant contribution was made to the development of new equipment and the improvement of the electrodynamic control system. ”

Help of the press service of the holding: “Ansat-U” is a light helicopter designed for training cadets of flight schools at the initial training stage, as well as for the training of flight instructors. The helicopter was developed according to the classic single-rotor scheme with a tail rotor, two gas turbine engines. Distinctive design features of the helicopter are fiberglass, hingeless main rotor hub with elastic springs-torsions and four redundant digital electro-remote control system. For the convenience of training the flight personnel of the Russian Air Force, the helicopter is equipped with a wheeled chassis. ”

Starting with 2009, the machine is manufactured in series. In the future, it will completely replace the Mi-2 helicopters, which are currently used for piloting training. 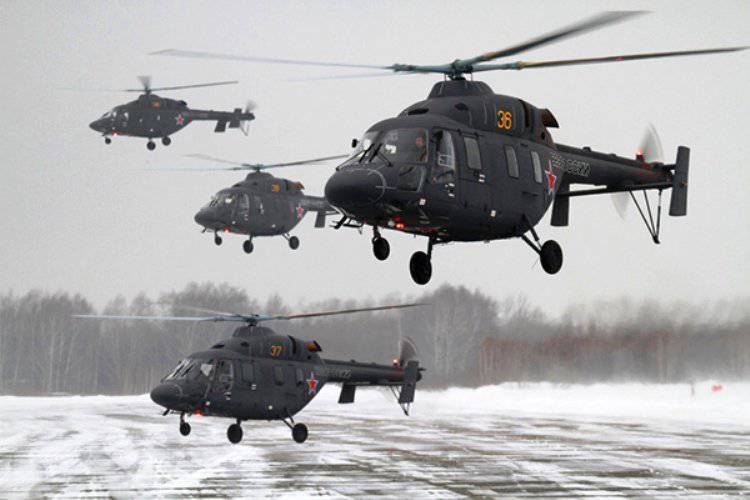