30 September 2014
70
The representative of the Moldovan delegation to the PACE, Grigori Petrenko, believes that the actions of the Ukrainian “volunteer” battalions in the Donbas fall under the definition of war crimes. Petrenko himself visited Donbas not so long ago, and also carefully got acquainted with photographic materials concerning mass graves of civilians in the Donetsk region. At the same time, the Moldovan parliamentarian himself took quite a few pictures of the burial places near Donetsk. 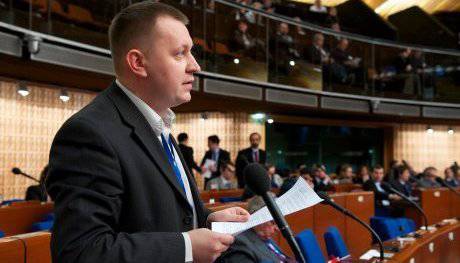 Moldovan PACE representative quotes RIA News:
What is happening in the south-east of Ukraine, in the Donbass, falls under the definition of "war crimes" that exists in the Rome Statute of the Criminal Court.