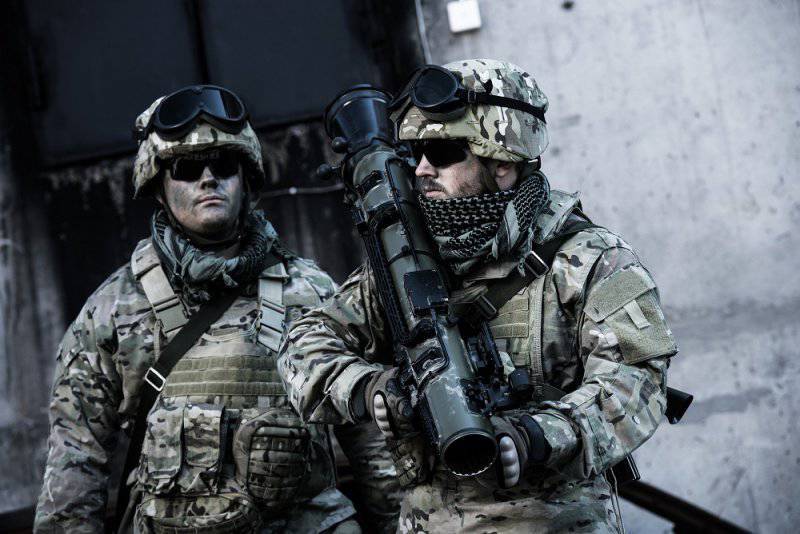 The new M4 grenade launcher was developed based on the previous model of the M3 family, created in the early nineties. The weapon retained the main features of the previous systems, but several new technical solutions were used in its design. The goal of modernization, as before, was to improve the performance of the grenade launcher to ensure greater efficiency of use. According to official data, the grenade launcher of the new model is lighter and more compact than its predecessors, and also more convenient to operate and maintain.

The main features of the grenade launcher remained the same. Carl Gustaf M4 has a 84 mm rifled barrel. A similar weapon architecture has been preserved from the very first model, but it has repeatedly been suggested to use new materials. Thus, the M3 grenade launcher received a steel barrel, and the “pipe” of the new M4 is made of titanium. The nozzle for removal of powder gases is made of carbon fiber. New materials have reduced the weight of weapons. The barrel of the M4 grenade launcher on the 1,1 kg is lighter than that of the M3. With such a comparison of nozzles, the new M4 has an advantage in 0,8 kg.

The overall appearance of the external "body kit" trunk remained the same. Nevertheless, some major changes were made to it, aimed at improving the ergonomics of the weapon. So, the sight and front handle are mounted not on special mounts, but on universal Picatinny rail. Thanks to this, the M4 grenade launcher can use sights of various types. In addition, if necessary, a grenade launcher can be installed on any combat vehicle. In such a case, the picatinny bottom bar for the handle is used to fasten the remote start control system.

The front picatinny rail also allows you to move the handle back and forth. With its help, the grenade thrower can set the handle to the most convenient position, taking into account the features of its anatomy. Similarly, the shoulder rest in the middle part of the weapon is adjusted. The fire control grip remains fixed, but the movement of the front grip and shoulder rest fully compensates for this.

Convenience of operation of the grenade launcher Carl Gustaf M4 in combat conditions is provided by two innovations. Now the fighter has the ability to carry a loaded weapon, because it is equipped with a new double safety device that protects against accidental firing. The titanium barrel life is 1000 shots. To monitor the state of the barrel on a grenade launcher mounted mechanical counter, with which the grenade thrower can determine the need to clean or replace weapons.

Since the late forties, a large amount of ammunition for grenade launchers of the Karl Gustav family was created. At present, the customer can choose from 11 types of grenades for various purposes. Available as cumulative or fragmentation grenades, as well as training or smoke. Thus, the new grenade launcher, capable of using all existing 84 mm caliber ammunition, has the same flexibility of use as the previous family of weapons.

In the future, Saab Dynamics plans to develop several new ammunition for the Carl Gustaf M4 grenade launcher. It is supposed to create and put in a series frag grenades with a programmable detonation. For the effective use of such ammunition, a special sight will also be created with a range finder and a system for introducing commands into the grenade detonators. In addition, the plans of the Swedish specialists have a family of compact Ultra-Light Missile guided missiles, which will be equipped with homing heads and will be able to perform various tasks. Through the use of guided missiles, grenade launchers will be able to attack targets at a distance of 1,5-2 km.

24-25 September in Sweden were demo shots, during which a new grenade launcher was shown. The official presentation of the new weapon will take place a little later, in mid-October at the AUSA exhibition in Washington (USA). After that, Saab Dynamics will begin negotiations with potential buyers of new weapons.

Despite the upcoming presentation, tests of the Carl Gustaf M4 grenade launcher have not yet been completed. They are planned to finish only next year. Start of mass production is scheduled for 2016. It is noteworthy that for some time the grenade launchers of the Karl Gustav family of the M4 and M3 models will be manufactured in parallel. The reason for this is the relatively high cost of a new weapon and the temporary lack of accurate information about its prospects. 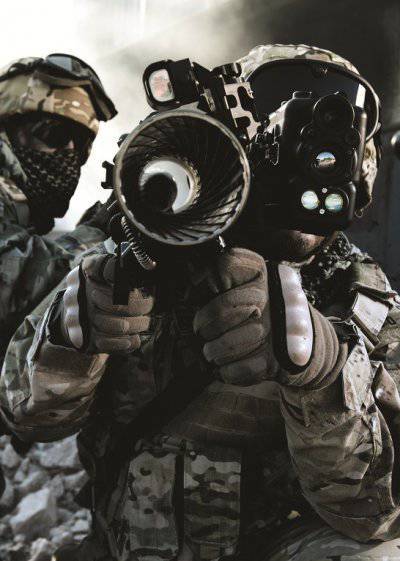 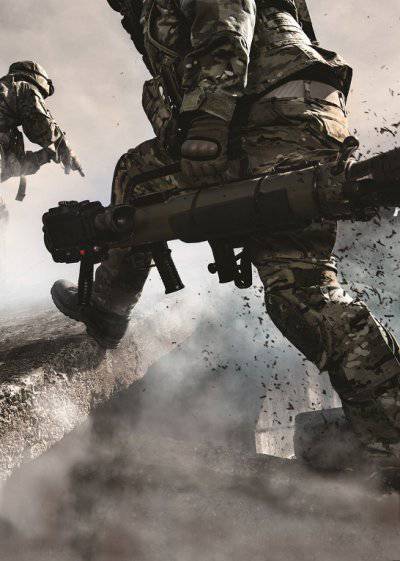