26 July 1925 of the year, under the control of test pilot Stanislav Kosinsky, for the first time, the K-1 passenger aircraft, designed by K.A. Kalinin and built at the Kharkov Aviation Plant (KhAZ). He successfully passed the tests and in December of the same year he was transferred to Dobrolet Airlines. In 1926, the plant received an order for five serial copies, but subsequently it was canceled, because Dobrolet preferred to purchase foreign equipment.

But in 1928, the Soviet government ceased to allocate currency for the import of passenger aircraft, thanks to which the next development of Kalinin - the K-4 aircraft, made on the basis of the K-1, was still launched at KhAZ, becoming the first serial airliner in Russia and the USSR. In this question, priority is often given to Ilya Murometsu, forgetting that all serial copies of this giant had military purpose and were built as heavy bombers.

K-1 was successfully operated in Dobrolet until the beginning of the 1930-s, until it was written off due to wear. The wooden-framed aircraft and linen-covering aircraft of that time were much less durable than the current all-metal machines, for which 5-6 is considered to be a “childish” age. 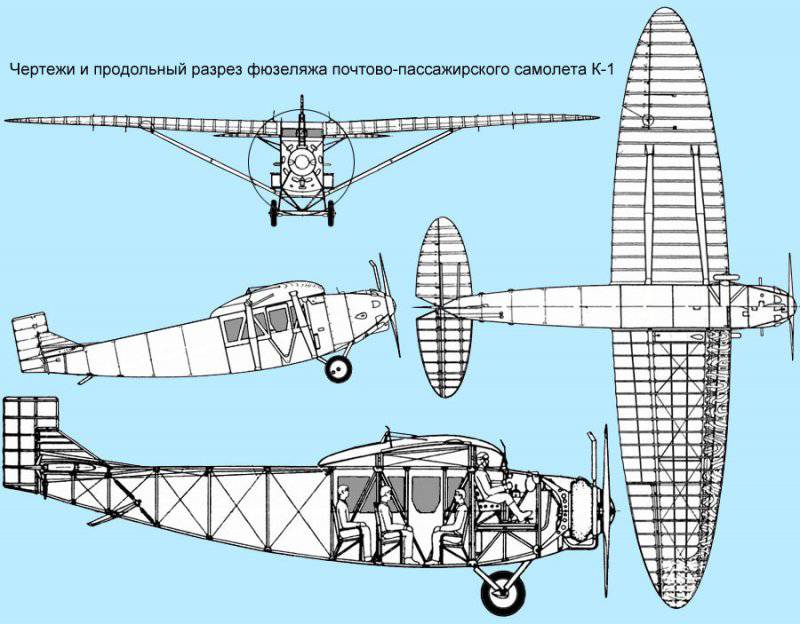 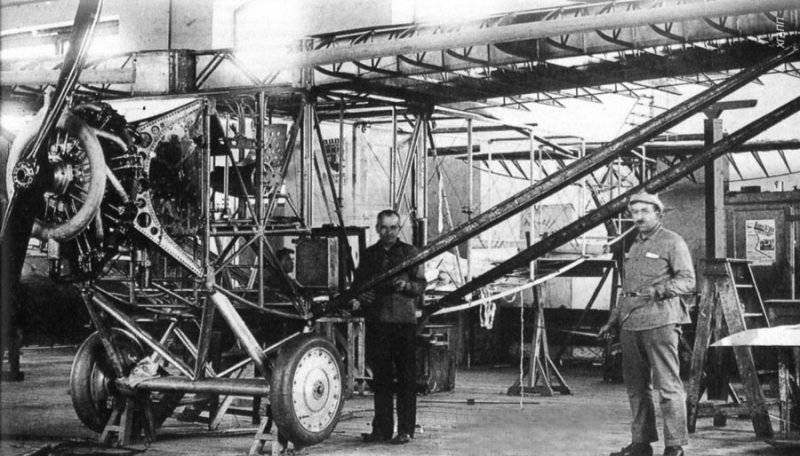 K.A. Kalinin (right) near the K-1 aircraft under construction at KhAZ.

Completely stupid and absolutely not similar to the original layout of the K-1, built in 2004 for filming the television series Yesenin. If I were a less intelligent and more emotional person, I would say that it is necessary to beat a face for such a disgraceful hack.